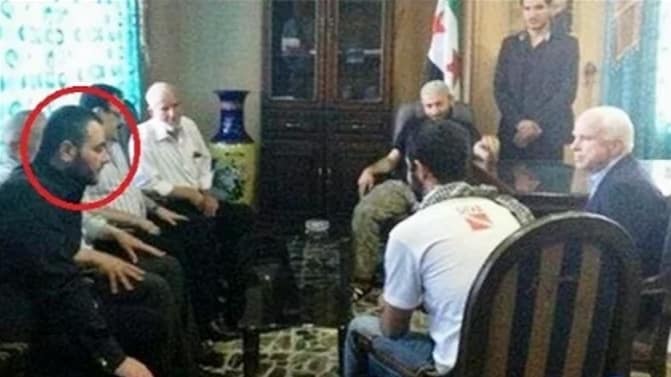 TEHRAN (FNA)- The leader of the Islamic State of Iraq and the Levant (ISIS) Takfiri terrorist group, Abu Bakr al-Baghdadi, has moved from Turkey to Libya to escape the hunt operation of the Baghdad Intelligence Sharing Center after he was traced down and allegedly targeted a number of times in Iraq and the Syria, sources said on Tuesday.

Sources in Libya said al-Baghdadi has arrived in Sirte, the hometown of the slain Libyan dictator Muammar Gaddafi, which is under the control of the Takfiri groups.

The ISIS Leader is running a secret life as his life is at stake more than anyone in the world now. Al-Baghdad’s terrorist group is under massive airstrike by the Syrian, Russian and Iraqi Air Forces all throughout the Western Iraq and Eastern Syria.

While reports earlier this year said the ISIL leader was always on the move between Iraq’s Mosul and Syria’s Raqqa – the self-proclaimed capital of the terrorist group – tips and intel revealed in November that Al-Baghdadi had moved from the Syrian city of Albu Kamal to the Iraqi city of Mosul in Nineveh province.

Then in October, Iraq’s air force bombed his convoy as he was heading to Al-Karable to attend a meeting with ISIS commanders. 25 other ISIL militants were killed in the special operation that was the product of the Baghdad Intelligence Sharing Center where the latest intel arrives from Iranian, Russian, Iraqi and Syrian spy agencies round the clock.

The notorious terrorist leader escaped the attempt on his life narrowly, but with fatal injuries. Few hours after the assault, the spokesman of Iraq’s joint forces declared that Al-Baghdadi was injured in the Iraqi airstrike on his convoy and was taken away from the scene by his forces.

The terrorist leader was first transferred to Raqqa, where surgeons saved his life but failed to give him a thorough treatment due to a lack of specialized medical equipment.

Sources disclosed a few days later that the ISIL leader had been taken to Turkey for treatment through a series of coordination measures by the CIA.

“The CIA has done the coordination with the Turkish intelligence service (MIT) for transferring al-Baghdadi to Turkey,” the Arabic-language al-Manar TV quoted unnamed sources as saying.

After specialists said al-Baghdadi needed months of recovery, one of his aides was appointed to run the cult until the so-called caliph would return to duty.

Al-Baghdad has, thus far, escaped several attempt on his life, making him suspicious of his team of bodyguards.

“While everyone is looking for him in Iraq and Syria, no one expects him to be in Sirte,” the Libyan source told FNA, adding, “If he is to be exposed to danger, Sirte would be the last place on Earth for his life to be endangered as it is the safest Takfiri stronghold in the world.”

The Syrian army, the National Defense Forces (NDF), the Lebanese Hezbollah and the Syrian and Russian Air Forces, as well as the Iraqi army and popular forces, Al-Hashd Al-Shaabi, have been conducting large-scale operations in Syria and Iraq to end the ISIL control over swathes of lands in the two Arab countries.