A Russian television channel alleges a German state broadcaster hired actors to show Russian involvement in the eastern Ukraine conflict. The scandal centers around a Russian ‘volunteer’ paid by the German company to say he was fighting in Ukraine.

The documentary film, entitled ‘Strongman Putin’ produced by ZDF, suggests many Russians are fighting for the separatists opposed to the Kiev government. However, holes in the channel’s story start to open immediately, such as the Ukrainian flag being visible on the soldier’s uniforms.

However, this was nothing in comparison to the lengths they went to in order to find a hero for their story, the Russia 1 TV channel found out.

“Igor is a volunteer for the separatist fighters, a fact which he is proud of,” the documentary by ZDF says.

The only problem was ‘Igor’ was in fact an unemployed 27-year-old from Kaliningrad, Yury Lobyskin, who had never joined the separatists.

“A German journalist called Dietmar came to see me as well as a film crew from Germany and said ‘let’s film a documentary about you’ saying that you went from Kaliningrad to Donetsk to fight for the separatists,” Lobyskin admitted. ‘Dietmar’ is ZDF political observer Dietmar Schumann, the Rossiya 1 report states.

“[Dietmar] said to me that they needed me to say that I was wounded, despite the fact that I have never be wounded. Firstly they took me to Moscow and then two hours later I was in Rostov.”

Lobyskin was met at the airport by the German channel’s Russian speaking producer Valery Bobkov, who offered Yury 50,000 rubles (some $700 at current rate) to take part in the documentary. He was taken to the Donbass region where the conflict was taking place and instructed what to say.

“[Bobkov] trained me for three or four days. He told me exactly what to say and encouraged me to write things down,”Lobyskin said. 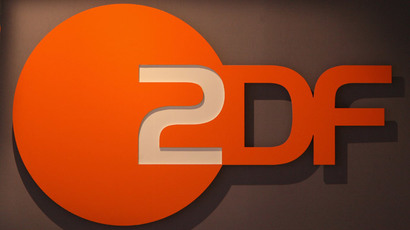 The fact that Yury had never been near an army was instantly visible, as he had to be told what to do on numerous occasions, such as how to walk properly with a gun. One episode where he stopped a car at a checkpoint had to be repeated three times before the film crew got the shot they were looking for. The ZDF documentary even suggested that Yury had been paid 25,000 rubles a month to fight as a separatist and had left his ‘wife’ and ‘young child’ back in Kaliningrad.

“[Bobkov] found a girl and paid her 2-3,000 rubles and asked her to play the role of my wife. I don’t have any children and I had never seen this girl before.”

Despite its criticisms of Russian President Vladimir Putin, the documentary’s ratings were not high and the film was criticized in Germany.

“I don’t think that the Germans believe everything they see on television. There are a number of people who criticize our mass media, such as state channels like ARD and ZDF. Germans are very good at reading between the lines and I don’t think that this one-sided position against Russia will prove to be effective,” said politician Alexander Gauland, who spoke to Russia 1.

When asked to comment on the situation by Russia 1, ZDF said the film crew who took part in making the documentary were busy filming another project. The channel said ‘Igor’ the protagonist in the film was real and was given money because they felt sorry for him.

However, on the raw tapes, it is clearly audible how Lobyskin is being given instructions about what to do. When the broadcast was shown to the public, this speech could no longer be heard, as it had been dubbed over.

This is by no means the first time that ZDF has been caught altering material to portray Russia in a bad light.

In February, a citizen’s media group lodged a complaint against the broadcaster for airing a photograph of “Russian tanks in eastern Ukraine”.

The news segment aired by ZDF featured a photo with the caption “Russian armored vehicles moved through Isvarino in the Lugansk region, February 12, 2015,” citing “Ukrainian army spokesman Andrei Lysenko.” However, there is one glaring problem with the photograph in question: it shows Russian tanks in South Ossetia in 2008, not Ukraine.