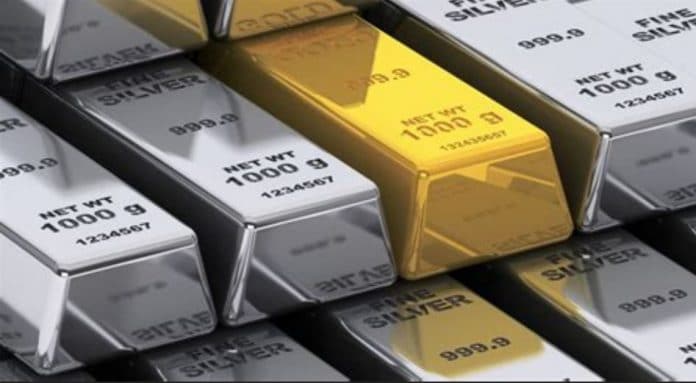 Backed by the Sound Money Defense League, Idaho Freedom Foundation, and Money Metals Exchange, HB 449 is a tax-neutral bill which excludes gains and/or losses on the sale of precious metals coins and bullion from an Idaho taxpayer’s taxable income.

“Gold and silver are the only money mentioned in the U.S. Constitution, and they should not be subject to tax,” said Stefan Gleason, President of Money Metals Exchange, an Idaho-based national precious metals dealer.

“This legislation will help Idaho citizens protect themselves from the inflation and financial turmoil caused by the Federal Reserve System.”

An increasing number of Idaho citizens are realizing that owning gold and silver as a form of savings can help protect against the ongoing devaluation of America’s currency. However, under current law, the taxpayer who sells their precious metals may end up with a capital “gain” in terms of Federal Reserve Notes – commonly referred to as “dollars.”
This capital ‘gain’ is not necessarily a real gain.

It’s often a nominal gain that simply results from the inflation created by the Federal Reserve and the attendant decline in the dollar’s purchasing power. Yet, this nominal gain is currently taxed at the federal level – and taxed again by Idaho. Under HB 449, all gains and losses upon the sale of physical precious metals which are reported on a taxpayer’s federal income tax return would be removed from the calculation of the taxpayer’s Idaho taxable income.

Utah and Arizona have already enacted similar measures to remove income taxes from the monetary metals.  Legislators and sound money activists in other states such as Wyoming, Kansas, Tennessee, and Alabama are working to exempt precious metals from sales and use taxes – just like Idaho and over 35 other states have already done.

Jp Cortez, Assistant director of the Sound Money Defense League, said “Passage of HB 449 by the Idaho House is an important step, but there’s still more to do.  Idaho voters are already reaching out to their state senators asking them to help make Idaho the next state to join the sound money revolution sweeping the country.”

For more information on the current state of sound money laws in Idaho, click here.
The Sound Money Defense League is an Idaho-based public policy group working nationally to bring back gold and silver as America’s constitutional money.  For comment or more information, call 1-208-577-2225 or email [email protected]