Home Life Why Do More And More Veterans Try Out CBD Oil?

Many veterans that come home after service develop some sort of mental illness, including PTSD, depression and anxiety. Some even end up homeless.

To make things worse, many of these veterans do not seek medical help to deal with these issues. This is because there’s often a stigma that comes with it.

In turn, this results in veterans self-medicating, leading to further problems such as drug abuse and addiction.

For those that do decide to self-medicate though, there is one product that seems to be working very well – CBD oil.

Here is why more and more veterans are trying out CBD oil.

Post-traumatic stress disorder (PTSD) is one of the most common conditions that veterans develop after returning home.

Even though this known, figures suggest that half of all veterans that have PTSD don’t seek treatment for one reason or another.

This is one scenario where CBD oil can help, even though it is not an official ‘treatment’ option. One reason for this is that it is widely available to purchase across the US, however, it’s worth noting that research on this is still in its infancy.

Regardless, as CBD isn’t classed as a treatment, it means that vets that aren’t seeking help can use it without having felt the associated stigmas.

In terms of the science behind its effects, research is showing that people with PTSD lower levels of anandamide than those that are not suffering from the condition. For reference, anandamide is an endocannabinoid that is responsible for memory, motivation and feelings of wellbeing, among other functions.

For example, in 2016, a study showed detailed of a 10-year old girl using CBD to treat her PTSD. She took 25mg of CBD every day for 5 months. The results that over these 5 months, she slept for longer, had a better quality of sleep and experienced a decrease in anxiety.

Another example comes from a more recent study in 2018 that looked at current human and animal studies for PTSD. It concluded that CBD could help treat disorders related to traumatic memories. The authors noted, “the effects of CBD on the different stages of aversive memory processing make this compound a candidate pharmacological adjunct to psychological therapies for PTSD.”

According to figures released by Veterans Health Administration centers, more than half of all the veterans they treat across the country suffer from one form or another of chronic pain.

Those that seek treatment from these places are prescribed opioids, with the most common being codeine, hydrocodone and oxycodone.

While the number of reported opioids prescribed to veterans is on the decline, they still remain some of the most addictive treatments available.

Considering that the US is in the middle of an opioid crisis right now, unfortunately, it’s a scenario that veterans are all too familiar with.

This is something that CBD oil can assist with according to CBDKyro.

Research has shown that CBD has properties to help treat people suffering from chronic and acute pain.

There is also potential for CBD to treat those that have suffered traumatic brain injuries while on duty (known as the ‘signature injury for those who served in Iraq and Afghanistan).

Another common condition that veterans returning from duty suffer from is anxiety, even if they don’t come back with PTSD. According to Deployment Psych, the number of anxiety disorders increased by 327% between the year 2000 and 2012.

But there are other ways for veterans to develop an anxiety disorder, aside from combat. These range from sleep deprivation and being away from family for too long, to substance abuse and sexual assault.

Veterans can turn to CBD oil to help relieve them of their anxiety according to CTC. This is because it can reduce the severity of the condition or, in some cases, even eliminate it altogether.

A review of the effects of CBD on people with anxiety found evidence that supports this claim. It showed that it can be used to treat conditions such as panic disorder, social anxiety disorder and other general anxiety-related issues.

Veterans that are experiencing any symptoms relating to these conditions can benefit from regularly using CBD.

Humans need between 7-8 hours of sleep a day in order for the body to function at its absolute best. Due to some of the issues stated above and more, veterans can have a lot of trouble sleeping. These include getting to sleep and actually having a good night’s rest.

In fact, in 2018, a review found chronic insomnia was common among US veterans. It’s reported that around every 2 of 3 veterans from Iraq and Afghanistan have complained about experiences with insomnia.

Those that have experienced it themselves will understand what these vets are going through and how much it can impact their overall health and wellbeing.

It’s common for people to seek out drugs to help them sleep, but they are not intended for long-term use. They can also become prone to other side effects.

Again, veterans are turning to CBD instead.

The reason it helps is due to its effects on the endocannabinoid system – studies have shown that it can help regulate sleep.

Some veterans also have frequent nightmares when they sleep, which is another reason why they turn to CBD.

Cannabinoids can suppress nightmares by suppressing REM sleep, leading to either a drop in the number of dreams or stop them dreaming entirely.

More and more veterans are turning to CBD oil to help them relieve a number of physical and mental conditions. With PTSD and anxiety being some of the most common challenges that veterans face every day, there are certainly great benefits to using CBD for self-treatment.

With the legalization of hemp-based CBD, it may not be long until CBD becomes a recommended option for vets. Even so, there is still a lot of work to be done by scientists and researchers to make sure it’s ready for regular consumption. 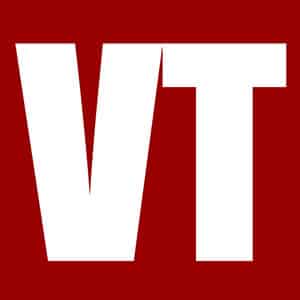 About Us
VT
Veterans Today
VT is our General Posting account whereby we share posts from other sources along with general information with our readers.
[email protected]
ATTENTION READERS
Due to the nature of independent content, VT cannot guarantee content validity.
We ask you to Read Our Content Policy so a clear comprehension of VT's independent non-censored media is understood and given its proper place in the world of news, opinion and media.