Home Life Nine reasons why every company should recruit veterans 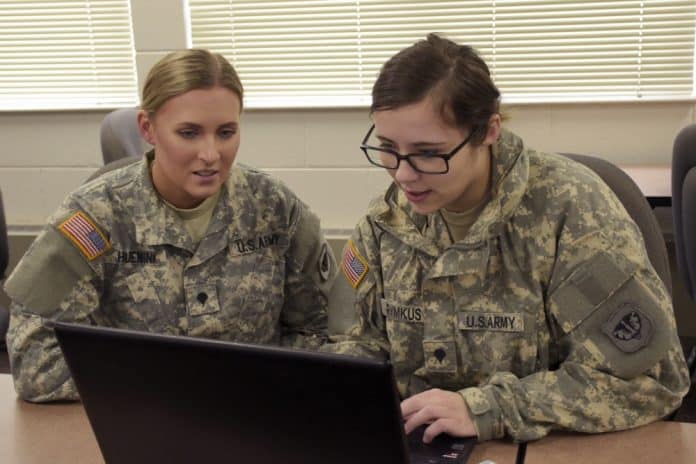 It’s hard to accuse the government and its citizens of failing to honor veterans. After all, there’s the Veterans Day to celebrate them. Plus, there are benefits for being military personnel, as well as discounts and freebies offered by establishments.

Unfortunately, there’s so much room for improvement regarding employment for veterans. Those who have left the service don’t always get a job easily. In 2017 alone, there are some 3.7% unemployed veterans according to data from the Bureau of Labor Statistics.

Human Resources and even key officers of private enterprises believe the misconception that previous military service personnel have difficulty adjusting to a civilian job. This, in turn, creates unemployment for the men and women who once kept us safe, leaving veterans unable to make ends meet. Sadly, they turn to personal loans for veterans for help.

There are many reasons why the private sector should see former military service personnel as assets to their companies. Here are nine of them.

Many companies fear that veterans are incapable of adapting to corporate life. What these employers fail to realize is that former military personnel are goal-driven. They are required to perform and reach their goals despite challenging conditions, pressure and danger. After all, for the military, failing to meet their goals could mean death for many or loss of territory.

Employers should then put a premium on the veterans’ ability to complete a task regardless of hardships.

Organizations always promote the value of teamwork. And who knows this concept better than the military? We need to keep in mind that a veteran is used to working with their teams, units or battalions. They base their decisions on what’s best for the greater good. They look out for the welfare of their teammates at all times. Plus, they find ways to improve their workflow with the whole team in mind.

There’s a misconception that most if not all veterans are only great at barking orders but not taking them. On the contrary, military men are trained at the start to follow instructions as failure to do so could be dangerous if not deadly for the person or worse, the entire team.

Military members are not only great team players. They are also skilled leaders as the military trained them to be both good followers and leaders.

We have to remember that our uniformed men are trained to be decisive especially when facing physical dangers. They also lead by example. It also helps that veterans know how to both inspire and motivate their subordinates.

Plus, military personnel are trained at a young age to take on leadership roles. For example, a majority of the Marines start being non-commissioned officers with leadership roles at the age of 19 or 20, an age where others are still in the university. Advancing through the military chain of command also means greater leadership responsibilities.

It’s no secret that veterans are used to working with different kinds of people. They are engaged in teams whose members vary in gender, race, religion, geographic origin, economic status, and ethnic background, to name a few. They are also used to working and assimilating in different local communities and cultures. Organizations want diversity among their ranks. And the veterans are the best ones in adapting to diverse team composition and various cultures.

Many employees take years to muster being composed when under immense pressure. On the other hand, military personnel even at the start of their military careers are trained to think especially when under threat. They have mastered composure, decisiveness, and quick-thinking when facing physical harm, moral dilemma, and other nerve-wracking situations.

Imagine spending hours on the field with little sleep and few to eat. Imagine working through weekends, birthdays, anniversaries and holidays. Imagine enduring weeks and months off being away from loved ones just to get the job done. These are what any military service personnel endure, all in the name of completing the task assigned to them.

Veterans are trained extensively on the health and safety standards not only for themselves but also for their team. As such, the men in uniform are conscious of maintaining good health and physicality.

This also means that veterans are conscious of how to protect their fellow employees and the company’s materials and properties when they join the private sector.

“Obey first before you complain,” is a phrase often associated with the military. Obeying their leaders and following the rules are the first lessons given to any cadet. And throughout their military career, you will find them constantly following protocol and rules.

Once they enter a private company, you can expect the veterans to toe the line. This means there’s very little chance of a veteran committing insubordination at work.

The government spends a lot of money to send military men to school. There are funds allocated for the higher education of our men in uniform. As such, many of these veterans looking for work in the private sector have their post-graduate diplomas, certifications, and work-related training. Employers, then get to save money as they no longer have to send their new employees to school or training.

Lidia Staron is a part of the Content and Marketing team at OpenLoans.com. She contributes articles about the role of finance in the strategic-planning process.