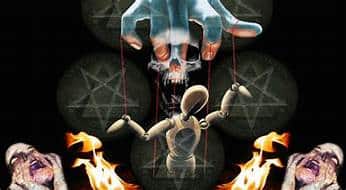 Henry Makow has a Ph.D. in English Literature from the University of Toronto in 1982 and is the author of best-selling books such as Cruel Hoax: Feminism & New World Order and Illuminati: The Cult that Hijacked the World.

JEA: The Zionist infrastructure has been a racket since its inception, and politicians like John Kerry had to find that out the hard way. At one point, Kerry was so angry at the mad man in Tel Aviv that he told him: “We’re conducting foreign policy, this isn’t a synagogue.”

Kerry moved on to say that instead of serious, logical and constructive foreign policy, America is being hoodwinked by “sandpaper like Netanyahu. Netanyahu just drove us crazy…because he was just unbelievably difficult.”[1] Netanyahu drove virtually every serious politician crazy.

This is one reason why Obama has declared in his recent book that, during his administration, Netanyahu was a problem child in the Middle East. Stephen M. Walt of Harvard and John J. Mearsheimer of the University of Chicago noted that Obama never believed that Iran could be an existential threat to the U.S. or Israel.[2]

In any event, the Zionist power is a house built on sand, and Henry Makow has something to say about this whole racket.

HM: A “protection racket” is a scam where an aggressor instigates an attack, blames a bogeyman, and then offers to protect the victim from this bogeyman in return for money and power.

The “War on Terror” is a protection racket. The aggressor is the world financial elite known as the “Crown” based in the City of London. Their instrument is the Zionist project, specifically Israel, the Mossad and its Neo Con allies.

The victim is the people of the United States and the West in general. The goal is the overthrow of Western Civilization, and the establishment of a world police state called the “New World Order.”

“Zionism is but an incident of a far-reaching plan,” said leading American Zionist Louis Marshall, counsel for bankers Kuhn Loeb in 1917. “It is merely a convenient peg on which to hang a powerful weapon.”

The head of the Department of Homeland Security is Israeli dual citizen and Zionist Michael Chertoff. He was the New Jersey State Attorney when five Mossad agents were arrested after witnesses saw them congratulating themselves on the destruction of the World Trade Center. Their van tested positive for explosives. (See Chris Bollyn article below.) Speculators who shorted airline stocks before 9-11 have been identified as Israelis apparently.

The Jewish elite regards the Jewish rank-and-file as pawns to be manipulated. Jews had to be terrorized into setting up Israel as a “national home,” i.e. colonizing the Middle East and creating a center of world government. World Finance funded the Nazis. Zionists actively collaborated with them.

Zionist betrayal is the reason Jews went passively to their deaths, says Rabbi Moshe Shonfeld in his book “Holocaust Victims Accuse.” Non-Zionist Jews were worth more dead than alive to the Zionist leadership who, Shonfeld says, reaped the moral and financial capital from their “sacrifice.” See my “Zionism: Compulsory Suicide for Jews.”

The Jewish elite has a long history of manipulating Jews in this manner. For example, in 1950 a wave of anti-Semitism and terrorism in Iraq made Naeim Giladi, 21, join the Zionist underground. Giladi was imprisoned, tortured and sentenced to death by Iraqi authorities.

He escaped and fled to Israel only to discover that the bombings had been engineered by his fellow Zionists to dupe Iraqi Jews into going to Israel. An ancient community was deprived of its wealth and reduced to second-class citizen status in Israel, replacing Palestinian labor. See my “Zionists Double Crossed Iraqi Jews”

Israel provoked attacks from its neighbors in order to “retain its moral tension” according to the secret diary of Prime Minister Moshe Sharett. The state must “invent dangers” to start war and thereby “acquire our space,”
he wrote. See “The Zionist Roots of the War on Terror.”

The pogrom on Sept. 11 2001 was designed to stampede Americans into forfeiting their civil rights and invading the Middle East.

There is a drumbeat in the media to convince Americans that they are victims of Muslim fanatics. This propaganda campaign is carried out by Neo Cons (a.k.a. Zionists.) In his book, “The New Jerusalem: Zionist Power in America,” the late Michael Collins Piper wrote:

“In the build-up to the Iraq war, Zionist propagandists and the media increasingly began touting the message to Americans that “the whole world is against us”… and the Israelis are our only real solid dependable ally …The theme that anti Americanism had run rampant was instilled in Americans for the very purpose of making them “anti” everyone who refused to support the…Iraq war…and the more broad ranging Zionist agenda.” (157)

Sound familiar? This is the tactic they use on Jews. Piper says that Zionism is being equated with Americanism. Zionist agents like Nathan Sharansky crafted the overblown and specious rhetoric of Bush’s second inaugural speech that committed the US to advancing the Zionist agenda using force.

History provides a sobering warning as to where this could be leading. In his essay, The Nature of Zionism, Russian author Vladimir Stepin writes,

“During the civil war in Russia, the Zionists also performed another task. Using some units of the Red Army – Trotsky was the chairman of the country’s Revolutionary Military Council – they organized the Jewish pogrom in Seversk.

“The result of this was the “Law on Those Involved in Pogroms” of 27 July 1918. In accordance with this law, a monstrous Zionist terror raged in Russia for ten years: a person accused of anti-Semitism was, without any argument being allowed, declared to be involved in pogroms and placed against the wall to be shot.

“Not only anti-Zionists, but the best representatives of the intelligentsia of Russia, could be accused of being anti-Semitic, and so too could anyone one felt like accusing of it. People saw who was exercising power in Russia and expressed their discontent with it. 90% of the members of the Cheka – the Soviet security organ, 1918-1922 – were Zionists.

“Apart from the law on those involved in pogroms, the Zionists practiced genocide against the ethnic groups inhabiting Russia, and they did so by accusing people of counter-revolutionary activities, sabotage, and so on, irrespective of whether or not the people in question really had conducted such activities. It was standard practice merely to put them against the wall to be shot.”

My hunch is that the central banking elite, using Masonic secret societies in the military and intelligence agencies, is responsible for 90% of terrorism. The purpose is to manipulate people into advancing the goals of the New World Order, which includes destroying true religion, nation states, democracy, ethnic identities, and family. In their mind, they have to destabilize and enslave us to protect their monopoly on government credit i.e. money creation.

They are running a protection racket to protect us from their artificial “terror.” Zionists or Americans who carry out their agenda could end up holding the bag if something goes wrong, or as I should say right.

Remember they are challenging the greatest power in the universe: God, or Truth as witnessed in the souls of all human beings. They are most vulnerable now on the 9-11 attack which they perpetrated. If we rise up as one to demand the truth about this atrocity, their obscene criminal enterprise will start to unravel.