Home Health A VETERANS GUIDE TO RECOGNIZING AND TREATING GOUT 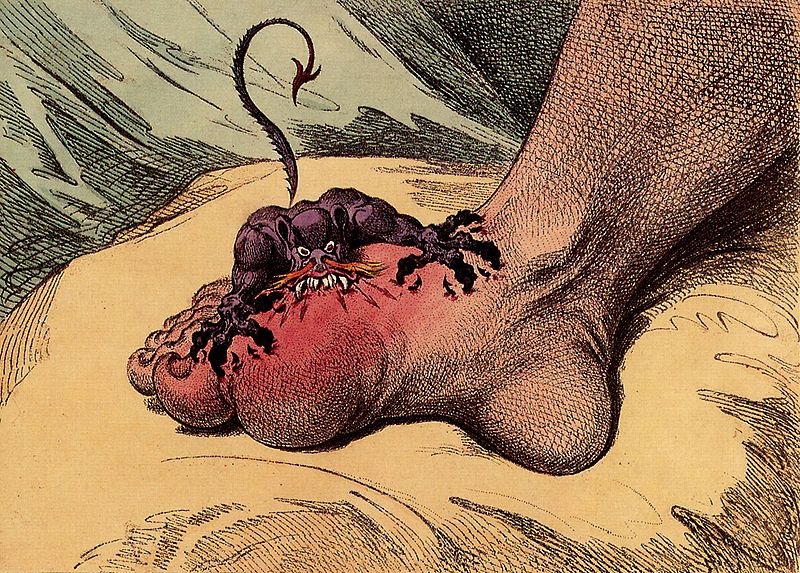 GOUT:  WHAT YOU NEED TO KNOW

Gout is a painful and common type of arthritis. One out of 100 will develop gout at some point. Gout is the most common cause of inflammatory arthritis in men over 40.This malady has been around for centuries and is one of the earliest described conditions which still plague humanity.

There is an increasing prevalence of gout in the past decades which reflects an increasing health burden. The more developed countries have more incidences of gout due to a richer diet.  As an area improves in ability to attain foods that would contain purines there will be more gout diagnoses.

Typically gout is associated with abnormally high amount of uric acid in the blood (hyperuricemia). With early intervention, careful monitoring, and patient education gout can be managed effectively…

About two thirds of those who have gout state that it is the worst pain they have experienced. A flair up of gout can make walking difficult and putting on shoes nearly impossible.

Symptoms of a gout attack include:

There are two types of types of gout; primary and secondary. Primary gout has an unknown cause but in all likely hood is the result of a combination of genetic (others in the family have gout), hormonal, and dietary factors.  Secondary gout is caused by medications or medical conditions which increase the blood levels of uric acid.

The cause of gout and hyperurecemia is the metabolism of purines which are nitrogen-containing compounds important for energy.  Purines come from two sources:

When the body breaks down purines uric acid forms, but in humans uric acid is not easily removed from the body.  Other mammals have an enzyme (uricase) which breaks down uric acid so it can be removed and not build up in the body tissues.

Purines in the liver produce uric acid which then enters the bloodstream and eventually should go through the kidneys and be excreted in urine.  The remainder of the uric acid moves through the intestines where bacteria break it down.

When uric acid reaches the level of 7mg/dL, crystals form which resemble needles and create a salt (monosodium urate [MSU]). These crystals build up in joints and cause the typical symptoms of pain and inflammation.

Uric acid levels are mildly affected by diet, so dietary therapy does not have a key role in preventing gout.  With that said, it is still in your best interest to avoid foods high in purine if you have had a gout attack.

Foods high in purines are certain types of meats, seafood, and shellfish.  Purine rich vegetables such as spinach, mushrooms, legumes, and cauliflower do not cause gout when consumed in moderate amounts do not increase the risk of gout.

Low fat dairy products such as low-fat yogurt and skim milk may actually protect against gout.

Foods to be avoided:

Maintain a healthy weight with a supervised weight-loss program may be an effective way to reduce uric acid levels.  Crash dieting is harmful because there can be an increase of uric acid levels and an acute attack may occur.

Fluids: Drink plenty of water and nonalcoholic beverages which will help to remove uric acid crystals from the body.

Alcohol promotes purine metabolism and uric acid production and may reduce the excretion of uric acid.  Heavy drinking, especially binge drinking of beer and spirits, should be avoided

Alcohol provides purines from which uric acid is formed.·

Alcohol interferes with the kidney’s ability to excrete uric acid.

Levodopa (used to increase missing dopamine in those with Parkinson’s disease and  has also been used for many years as an effective treatment for restless leg   syndrome (RLS).

Triggers are events or conditions that can set off a gout attack. Certain risk factors, including a purine-rich diet, are also considered a trigger. Triggers include:

Hot and humid weather is associated with attacks of gout. Excessive sweating leads to dehydration which is a trigger for a gout attack. The August 2006 journal, Arthritis and Rheumatism, states that gout is linked to an increase risk of heart attacks in men who have previously had no heart problems.

Many who experience gout do not require medications but that decision if up to your healthcare provider.  Between gout attacks avoid food that are high in purines, reach a healthy weight, avoid alcohol use and reduce stress.

Untreated gout can develop into a disabling chronic disorder and can in time destroy cartilage and bone and cause loss of motion and joint deformities that cannot be fixed.

When your healthcare provider treats your gout he or she will either try to reduce inflammation in acute gout, or try to prevent gout with measures that manage hyperuricemia. There are non-pharmaceutical interventions such as lifestyle modifications to diet with a minimum intake of foods that produce purines, weight control, and decreased alcohol consumption.

You must immediately see your healthcare provider if you suspect you are experiencing the symptoms of gout.  Acute attacks will be treated with anti-inflammatory drugs, but it must be recognized that underlying hyperuricemia exists. Urate-lowering drugs should be monitored to achieve a serum level of less than 6.0 mg;dL (360 mmol/L)

Your health care provider will prescribe the drug to lower the uric acid level in the blood. Anti-inflammatory drugs may shorten acute attacks and relieve pain but that is determined from patient to patient.

Life style, diet, and other diseases such as arthritis, diabetes, and heart disease should be evaluated.

People with chronic gout may benefit from medications that lower uric acid levels.

New therapies are under development for those cases that are difficult to manage.

Your healthcare provider will determine which medications you should take.

Remember, there is evidence of under treatment, over treatment, and inappropriate medication use in patients with gout.

Be involved in your healthcare and ask questions.  A helpful hint is to write your questions down before you go to your appointment so you will remember everything you wish to discuss with the healthcare provider.

Getting health care as soon as you suspect you may have gout will improve your chances of getting a grasp on gout. The sooner the treatment, the sooner you will feel better.