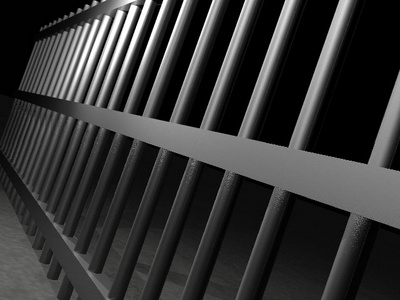 TENS OF THOUSANDS OF VETERANS FILL AMERICA’S JAILS AND PRISONS

This article tells the story of a Veteran Incarcerated, one who served in Vietnam with the US Navy, and one who still suffers the effects of PTSD from his Vietnam experience. This individual is named Lawrence.

I will withhold his last name for confidentiality purposes. People ask me what it’s like going into correctional institutions and working with Veterans Incarcerated. They want to know if I deal with ‘attitude’ from these men or am I in danger being left alone with them in the room where I provide counseling and case management.

The fact is, each Veteran goes out of his way to express appreciation that somebody cares…that somebody shows up…that they are not forgotten. Recently, a Vet I had been assisting was released. I set him up with transitional housing in Southern California.

While working a Stand Down a couple weeks ago, I was approached by this Vet wearing a volunteer tee shirt. He was there to help homeless Vets. So, here was a Vet who got help while incarcerated and was now giving help to other Vets in need. He came full circle in his life transformation. No, there is no attitude and no threats.
There is only the hope that these Vets will be forgiven for making a wrong choice and given a chance to redeem themselves. Lawrence is one of those Vets, and here is his story…
“As a Gunners Mate (GMA), I believed that my duties after leaving school would be simple, but I found out different after leaving Subic Bay, PI. Heading out for my squadron, I was put on an oiler fuel supply ship, the Camdon. I was informed that the Camdon would be my ride to the gun line. The ship was slow as oilers generally are, and I was asked by the Chief Gunner’s Mate to help with the amid ships little 3 inch ‘pop gun.’
We steamed for what seemed eternity until one morning around 0130, I heard the sounds of war for the first time. It was the New Jersey firing its giant 16 inch guns in the gun line at Yankee Station in the Tonkin Gulf.  I was not frightened by this, but the picture in my mind from all the hype on TV did not seem to match the reality. 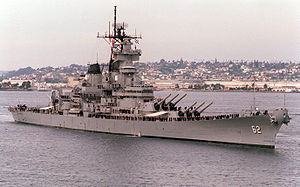 The real picture was the sound of people dying at the hands of the VC. I was ready to join in the fight then and there, still believing what was spewed out on TV. When dawn broke, I was summoned to the Chief’s office and told that my squadron had choppered out to Yokuska, Japan two days earlier, and that I would be going aboard the Albert David to man the slick assigned to the T.A.S.S. system on board the ‘big Al’.
I was very excited about that, as my little brother was assigned to that ship. I had not seen him in two years. This was great, I thought. When I was hi-lined over, he was the first to greet me. I could see that my brother had changed, as war changes people. His eyes seemed dull, tired, lifeless.
I went below to stow my gear, was assigned a berth, and met the crew.
I was then informed by the X.O. that my temporary assignment would be short, as the crew member I was replacing was expected back soon, and I would then be released to my squadron. I was instructed to meet the Chief of the watch and introduce myself. While talking to the Chief, G.Q. was sounded and I reported to my duty station, the UH-1 named ‘Felix’, and off we went.
The USS Higby, another DD had just been attacked by a soviet-piloted Mig which dropped a 1000 lb. bomb on the bow. Many died that day on the Higby. As we flew over the damaged ship, I couldn’t believe she was still afloat. The Turner Joy DD 959 and the Henderson went to the aid of the Higby. The ‘Big Al’ steamed in circles, waiting to kill something.
We were all fighting mad. The next 24 hours changed my life forever.  At quarters, in the morning, the weather had changed and it was a no-fly day. ‘Felix’ was also in need of service work, so I was assigned to a boarding party.  We boarded a long junk, with a Vietnamese family on board, only to discover that it was loaded with NVA.
I don’t know who fired first, but I unloaded my M-16 with a vengeance. When the cease fire was called, seven NVA and seven of the Vietnamese family were dead. Five of our team lay wounded, and I had killed another human being in the rage of war. After a detailed report, we were debriefed and relieved. Later that night, while sitting on the fan tail, I observed what appeared to be a star or light in the distance.
The night was overcast and no plane or helo would be running white lights. Seconds later, a heat-seeking missile came down off the post side of the ship. Patrolling the Delta was my assignment after T.A.S.S. While this may not have been the best duty, it was certainly not the worst. It did teach me how to survive anywhere, and how to be a more efficient killer.
What it didn’t teach me, was how to return home and live a normal life. For me, the ‘welcome home’ wasn’t very welcoming. It ended up nasty and hurtful. I was sent to the Captain’s Mast and court-martialed for fighting a KKK member, who also happened to be a Senior Chief, aboard ship. He mouthed off, and as a result, lost a few teeth and had his ribs cracked. I was confined to the ship and led to the brig in hand cuffs.
This was just the start of a life in State and Federal incarceration. As I see it now, the Navy trained me to kill, not defend. They didn’t train me to handle the ugliness of racial prejudice or the hatred of those war protesters who called me a murderer. The Navy spent thousands of dollars to train me to kill, and then, along with society, abandoned me.

Fitting in is something that just doesn’t happen for me too often. It is something that has  eluded me for over 35 years. Once, long ago, I did fit in, including boot camp and onboard ship, but it seems I’m at a loss when it comes to interacting with others now. Even in prison, I’m not eager to extend myself unless it’s about Christ, and then I feel empowered.

I was told by a prison guard that I was unique because I was black, a combat veteran, and a professional aviator. He said he could see that I was not accepted by the other inmates. The places I felt most a home were combat environments like Nam, or when I was a ‘contract’ aviator in Nicaragua, Panama, and Saudi Arabia.
When I work ‘hot spots’, I feel accepted and welcomed. This is not normal. My feelings of abandonment are real, and as I look around me, I can touch it. I’ve been broken for over 30 years, and no one will fix me. I don’t know how to fix myself. Did the Navy break me? Was it war? Did prejudice and racism produce this person sitting behind these walls?
Did the failed marriages and drinking add to my life failures? I can only say that I wasn’t born like this, and wasn’t like this when I left home in 1971.  The killing of another human being, under any condition, has an effect on you. Compound that with all the other components, and you have me. Somebody fix me please. I’m not making excuses, just telling the facts, and asking for a hand.

STAFF WRITER Matt Davison is an Air Force veteran Radio Intercept Operator, monitoring Russian and Chinese communications. Matt took boot camp at Lackland AFB, Tech School at Keesler AFB, and spent time in both Misawa AFB and Wakkanai AFB in Japan. He wound up his enlistment at Otis AFB doing coastal surveillance. Matt has worked over a decade assisting homeless and incarcerated veterans turn their lives around and become productive members of society. For his commitment to veterans in need and at risk, he has received the California State Council AVVA Member of the Year, National AVVA Member of the Year, and Chapel of Four Chaplains Humanitarian Awards. Matt currently holds membership in five veteran service organizations and is presently associated with New Directions, Inc., a non-profit veteran service organization in Los Angeles, where he helps formerly homeless, addicted, and incarcerated vets become productive citizens.