Home Veterans What rating did the VA place on your PTSD or what you... 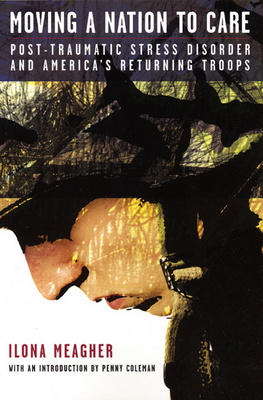 Though the graphic shows Ilona Meagher’s eye opening book about PTSD and our All Volunteer Force of the 21st Century, Moving a Nation to Care, (< LINK) I also found this insight by Ray Parrish (< LINK see other articles mentioning Ray Parrish) to be beneficial in helping Veterans, our active duty, Guard troops, and our families to better understand how this number game relates to applying to have one’s rating increased and timeframes involved.

First, let me say that during my search for material on PTSD and the VA Claims process, it was not surprising to note that the Stolen Valor image of the successful Vet over coming all obsticles to PTSD, meaning successful, and Republican Vets like I once was, still linger on, and to a large extend THAT STEREOTYPE of the successful Vets beating PTSD as if there were a cure for it is what hold most tradional VSOs from dealing seriously with PTSD.

The Pentagon by definition has no choice but to play the same role in downplaying the impact of PTSD that it did during the Vietnam War, and change in administrations from Republican to Democrats virtually changes nothing at the Pentagon.

It may or may not be a given that the vast majority of Veterans with combat experience are robots (emotionless) who are not affected by exposure to combat or never ending deployments but to say we are would, well be a myth.

To demonize, or stereotype, and make a myth out of any Veteran faking PTSD or the homeless Vet problem being insignificant in comparison to all Vets who served verges on the criminal and is irrelevant to the number of cases that can’t get into the VA system let alone out of the Pentagon. 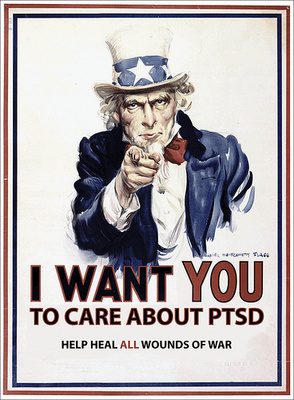 What does a book and notion written about Vietnam Vets have to do with our younger generation? EVERYTHING!!!

Robert L. Hanafin
Major, U.S. Air Force-Retired
Nope, I do not get VA disability for PTSD, I’m a successful Vet!

PS: Can any reader who has dealt with PTSD point me to any book listing for treatment of PTSD that includes Stolen Valor, I challenge you to show us one outside of NewsMax or Military.com

I seriously say STAY away from books written about PTSD and the Vietnam War and stick to books like Ilona’s that touches on valuable lessons learned in the War at Home to get PTSD recognized, but forcuses primarily on returning Iraq and Afghanistan Vets.

The VA determines rating for PTSD by using their "Schedule for Rating Disabilities," found at 38CFR, part. 4. (< Link) Without getting bogged down trying to figure out what CFR means let’s say it stands for Criteria for Rating Disabilities (CFR, hum that’s logical Spock) Unlike the criteria from the DSM (< Link here we go again – The Diagnostic and Statistical Manual of Mental Disorders (DSM) used to confirm a diagnosis of PTSD, the rating schedule doesn’t list the symptoms of PTSD, rather it looks at the impact that the symptoms have on the veteran’s "occupational and social functioning." (Simple put your ability to be employed or unemployability).

So when appealing a percentage assigned in a VA rating decision, your treating therapist or doctor can (and should) use the language from the rating formula and say which paragraph most closely approximates the severity of the veteran’s PTSD. Please note their use of adjectives indicating degrees, such as, occasional or most. Also note their use of difficulty versus inability (these are ultimately determining factors that go beyond the Doc you are seeing to the Regional Office adjudicators. Major Hanafin)

0% – A mental condition had been formally diagnosed, but symptoms are not severe enough either to interfere with occupational and social functioning or to require continuous medication.

10% – Occupational and social impairment due to mild or transient symptoms which decrease work efficiency and ability to perform occupational tasks only during periods of significant stress, or; symptoms controlled by continuous medication.

50% – Occupational and social impairment with reduced reliability and productivity due to such symptoms as: flattened affect; circumstantial, circumlocutory, or stereotyped speech (meaning one sounds like they are on speed but they are not. This is a natural and physical outward expression of a chemical imbalance in your brain. An aspect that might appear most frequent in those with TIB ); panic attacks more than once a week; difficulty in understanding complex commands; impairment of short-and long term memory (e.g., retention of only highly learned material, forgetting to complete tasks); impaired judgment; impaired abstract thinking; disturbances of motivation and mood; difficulty in establishing and maintaining effective work and social relationships. (This goes beyond hard to get along with). 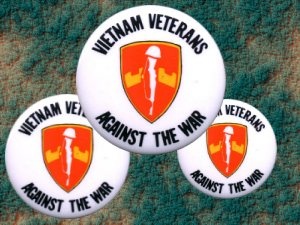 0% – Occupational and social impairment, with deficiencies in most areas, such as work, school, family relations, judgment, thinking, or mood, due to such symptoms as: suicidal ideation; obsession rituals which interfere with routine activities; speech intermittently illogical, obscure, or irrelevant; near-continuous panic or depression affecting the ability to function independently, appropriately and effectively; impaired impulse control (such as unprovoked irritability with periods of violence); spatial disorientation; neglect of personal appearance and hygiene; difficulty in adapting to stressful circumstances (including work or a work like setting); inability to establish and maintain effective relationships.

100% – Total occupational and social impairment, due to such symptoms as: gross impairment of thought processes or communication; persistent delusions or hallucinations; grossly inappropriate behavior; persistent danger of hurting self or others; intermittent inability to perform activities of daily living (including maintenance of minimal personal hygiene); disorientation to time or place; memory loss for names of close relatives, own occupation, or own name.