Home Veterans Who Are The Real Vietnam Vets? 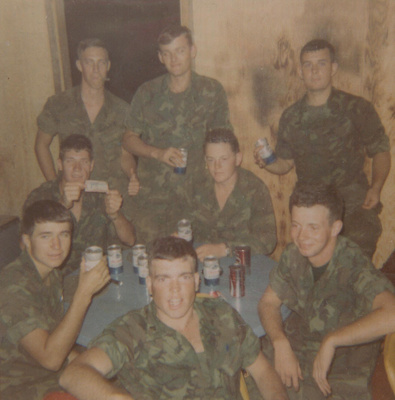 REAL VIETNAM VETERANS ARE FORGOTTEN IN A SEA OF ‘WANNABEES’

Who are these folks we see, festooned in vests and ribbons, all screaming for war against someone?  Are they real Vietnam vets, aging holdovers from a disastrous war?  Having spent 40 years as a Vietnam veteran, I have a pretty good idea.  NO!  Most Vietnam vets are “era” veterans, “non-era” Veterans or “supporters.”

Of those who served in Vietnam, 90% are non-combatants.  This is the noisiest group of all.  Vietnam vets were, for the most part, “anti-war” but most were not activist.  They felt this way because they weren’t insane, at least not then.  Here is why:

Having ridden on Rolling Thunder, surrounded by non-veterans, vets who were in grade school during the war or vets who served in Europe or stateside, it wasn’t surprising to me how out of touch this group had become with who real combat vets were.

Though I know (Ted Sampley is no longer with us) some of the leaders, and they have good credentials, too many, certainly most, could be in trouble if anyone took photos of what they wore on their vests and referred them for “Stolen Valor” prosecution.  Large numbers wore Vietnam Service Ribbons and Vietnam Campaign Ribbons (some much more) that were not earned.

The medals had become badges of membership and respect, not really an insult.  I know that.  Nobody meant any ill.  However, they also, those who didn’t walk paddy dikes and have to fight, didn’t get it.  They never knew they were betraying those who died.

I served in an elite Marine combat unit that was 100% against the war.  Everyone in Vietnam was.  Why?  We lived like pigs, ate slop out of a can and were killed or blown apart in numbers our current troops could never understand and thankfully will never have to.

Even the guys in the rear were worked to death, many of them.  There weren’t the tens of thousands of mercenaries and kitchen workers there.  It was about filling sandbags and “burning shitters.”

Everyone was sick or wounded and still in the field.  During summer, we looked like skeletons, many covered with sores, some with active malaria (me).

During an entire tour, you wouldn’t see a single USO show and, if lucky, you could get to a PX to buy toothpaste.  This is ONE trip in a year, to a pole barn full of cigarettes and toiletries.  Going there, you would see a huge parking lot full of jeeps, some waxed to perfection, red seatcovers and fat greasy occupants in starched uniforms.

Those are the heroes we now have telling us they won the war.  Their day started with having their clothing laid out for them by, in many cases, a Vietnamese girl.  Everything  polished, ironed and clean.  They would break into a sweat as they left the air conditioning to head to the “chow hall” were, in some cases, sterling and china awaited them as they picked thru an array of baked goods fresh out of the oven or decided on what they wanted in their omelets.

Then, the burden of how they would spend their day.

For the few, the very few, the people you don’t see much of, it was picking yourself of soaked ground and hoping you would have enough sun to dry out your t-shirt and pants, the real “body armor” of Vietnam.  Your meal for the day was in a couple of cans left over from WW2.

You knew how you would spent your day.  You had a map and check points.  As evening came, you would set up near a trail and spend the evening reflecting on the people at home that had forgotten you were not dead.

With luck, you would actually be alive the next day to repeat the same, new checkpoints, a new valley, maybe climb some mountains and occasionally trade some unpleasantness with the well armed locals or their delightful relatives from the North.

Chances are you were angry.  Marines called the Corps, “the crotch.”  When Marines quit complaining, it was a sign morale was down.  No, I am not kidding.

Full Metal Jacket gives the feel pretty well.  Someone must have actually “been there.”

I have a couple of friends left.  I have many now gone.  They are good people, hard working and the same people I trusted with my life long ago.  I do their complaining for them as I am the only one who can type.  I don’t spell so well, went to the wrong colleges, I am afraid.

Those of us who are real combat vets still try to fit in.  I can’t bring myself to go on a Rolling Thunder again, not since a few of the guys showed up to kiss AWOL Bush’s rear end.  That made me very uncomfortable.

No, I was actually ashamed.  Our lives are supposed to be about our families and our friends, not about seeking approval and recognition from degenerate freaks.

If I knew these were real soldiers, though I suspect some were, I can’t imagine what happened to them to make them so tame.  We were never “tame.”

At recent count, the majority of those who served in Vietnam are dead.  A few years ago, only a million of the 2.4 million were still alive.  Last year the number was 813,000.  Death through chemistry and neglect is my diagnosis.

Current troops are told, in training, that we were a pack of bums.  For kids serving now who have parents and grandparents who served in Vietnam, I hope they speak up.  I would like to see someone “talked to” maybe.  How can a kid listen to this kind of crap when his father fought in Vietnam and may have been the reason he chose to serve?  What is the military thinking?  Oops.  I said “military” and “thinking” in the same sentence.

What was I thinking.