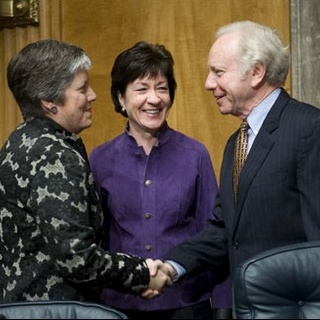 Was Homeland Security Created to Protect Those Who Deceived the U.S.?

Was Fort Hood really the target of a terrorist attack? The first clue to the real culprit emerged when Senator Joe Lieberman sought to blame this mass murder on the U.S. military. As chairman of the Senate Committee on Homeland Security, he promised hearings on how the Pentagon protects its personnel from domestic terrorists.

Will Lieberman, an avowed Zionist, use this incident to insist that the U.S. do more to protect Jewish nationalists? More importantly, what do his concerns mean for homeland security?

Joe Lieberman has an ally in Janet Napolitano, Secretary of Homeland Security. In April, this former Arizona governor warned about potential terrorism from U.S. troops returning from deployment in the Middle East. Though roundly attacked, she defended her position, calling it an "assessment not an accusation."

When Army Major Nidal Hasan killed U.S. troops on the nation’s largest military base, was this evidence of "militant Islam"? Or did this military psychiatrist snap under pressure while treating returning vets on a base averaging ten suicides a month? Is there an undisclosed agenda behind those seeking to portray this act as the work of "Islamo fascists"? 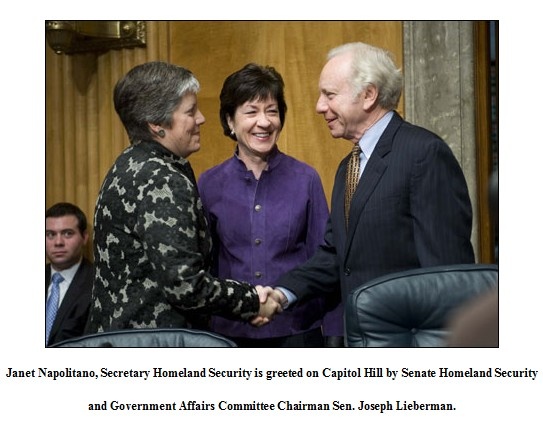 To answer these questions requires a grasp of how "assets" are deployed by those skilled at waging war by way of deception. An asset is someone who has been profiled in sufficient depth that-when placed in a pre-staged time, place and circumstance-the person can be relied on to behave consistent with their profile.

Since the end of the Cold War, the predominant geopolitical narrative has been The Clash of Civilizations and its military counterpart: The Global War on Terrorism. How better to advance that storyline than to kill American soldiers even before they leave the U.S.? What’s the motive?

Imagine if the intelligence that induced the U.S. to war was proven "fixed" around a preset goal. What if the common source of that treachery is poised to become transparent? If you were complicit in this deception (an act of treason), how would you obscure those facts? How would you sustain a "Muslim terrorist" narrative once the intelligence "facts" are exposed as pre-staged fictions meant to advance an undisclosed Israeli agenda?

For those marketing The Clash premise, Dr. Hasan’s psychotic break was a blessing. At Family Security Matters, President Carol Taber describes this incident as "the Ft. Hood terrorist attack" by an "Islamist gunman." Editor Pam Meister promotes "the shocking TRUTH (sic) behind these attacks so that we might ward off those yet to come." Executive Vice-President Linda Cohen, who also serves as a trustee of the Anti-Defamation League (ADL), offers advice certain to appeal to Lieberman and Napolitano:

"No one is safe now. Not you, not the military, not your children, not office workers nor subway riders, nor anyone who happens to be in the wrong place at the wrong time."

Is there a precedent for combining aberrant behavior and a mass murder to advance a preset agenda? Do you recall the sniper attacks around Washington, D.C. in October 2002?

Those murders commenced one day before debate began on Senate Resolution 46 proposed by Joe Lieberman to authorize the use of U.S. forces in Iraq. In the immediate aftermath of 9-11, Lieberman and Arizona Senator John McCain urged that the U.S. target not Al Qaeda but Iraq.

The nation’s capital became a city under siege when those attacks created insecurity and heightened anxiety as serial murders left ten dead and three wounded over a 10-day period. Those random shootings transformed the terror of 9-11 into a personal reality for Washington residents while Lieberman deployed phony intelligence to promote the invasion of a nation that had no hand in the mass murder of 9-11.

Once again: assets are profiled personalities catalyzed to act out known dysfunctions in ways that are advantageous based on the time, place and circumstances of their behavior. The totality of the facts suggests that Dr. Nidal Hasan may well have been such an asset.

Assets are typically identified, profiled and developed over lengthy periods of time. Their potential to act out a known personality disorder is held in reserve in the same way that a military commander holds troops in reserve for deployment at an opportune time.

How is an asset developed in plain sight and then tasked at the right moment? Only a careful investigation can identify those influences particular to Dr. Hasan, including what decisions led to his transfer to Ft. Hood and the circumstances there that triggered his behavior.

News reports to date are consistent with this analysis. For instance, his name appears as a participant for public briefings at the Homeland Security Policy Institute at George Washington University. As a registrant in the Obama presidential transition task force ("Thinking Anew-Security Priorities for the Next Administration"), he would have interacted with a team of nine "task force briefers." Judging from their surnames, at least seven were Ashkenazim.

As a combat-stress psychiatrist, Dr. Hasan dealt daily with troubled vets at Walter Reed Hospital where the most grievously wounded are sent to recover, many of them amputees, disfigured or otherwise handicapped for life. While coping with that vicarious trauma, he was taunted for his Muslim beliefs and harassed for his Middle Eastern heritage even though he was born, raised and educated in the U.S..

Despite clear indications of internal turmoil, including repeated attempts to resign his commission, he was dispatched to a post known for its huge population of combat-stressed vets. He arrived anticipating orders to deploy to Afghanistan, realizing his worst nightmare. Meanwhile a commander-in-chief promising change made matters even worse in the region.

Israeli psy-ops rely on an extensive cadre of sayanim (Hebrew for volunteers) who are shielded from legal culpability by being told only enough to perform their narrow role when tasked to assist with operations on an as-needed basis. Otherwise, they gather and report useful intelligence. Thus the presence of sayanim throughout the U.S. government. A sayan may well have identified Nidal Hasan as a potential asset who could be developed and, as here, deployed.

With evidence emerging that Israelis and pro-Israelis were the source of the sham intelligence that induced the U.S. to war, those responsible are scrambling to cover their tracks. Americans will soon realize what the facts confirm: Jewish nationalists deceived the U.S. in order to deploy our military to pursue Israel’s expansionist agenda for the Middle East.

Americans will soon awaken to the cost of this entangled alliance in blood and treasure. U.S. deaths in Iraq and Afghanistan have topped 6000 with well over one million Iraqis and Afghanis dead from the wars and from violence unleashed by those who manipulated this alliance to induce an invasion.

That brings us back to the uncomfortable but essential question: Was Homeland Security created to protect the U.S.? Or was it created to protect those who deceived the U.S.? Was this incident another example of the murderous misdirection deployed to pit Americans against Muslims to advance unacknowledged Zionist goals?

By shifting blame to the military, do Lieberman and Napolitano intend to use federal law enforcement to contain the outraged reaction of an informed public and an awakened military? Was Dr. Nidal Hasan a terrorist? Or was he a troubled pawn in an ongoing psy-ops campaign meant to revive a narrative that-like the fixed intelligence-was losing credibility?

Both the false intelligence and the anti-Muslim narrative feature a theme of fomenting hate and intolerance. On October 28th, President Obama signed into law ADL’s model hate crime legislation. Will that federal law now be deployed by Homeland Security to silence those who make transparent the common source of this deception?

How much longer before a long-deceived public-both in the U.S. and abroad-takes the steps required to ensure that never again is duplicity allowed to operate on such a scale? 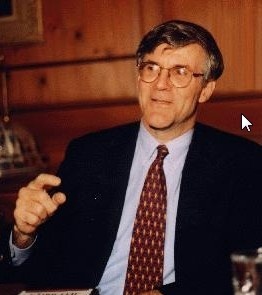 * Jeff Gates is a widely acclaimed author, attorney, investment banker, educator and consultant to government, corporate and union leaders worldwide; an adviser to policy-makers worldwide; former counsel to the U.S. Senate Finance Committee; and author of numerous articles and books including his latest book Guilt by Association: How Deception and Self-Deceit Took America to War , Democracy at Risk and The Ownership Solution. See http://www.criminalstate.com/

How the Israel Lobby Took Control of U.S. Foreign Policy