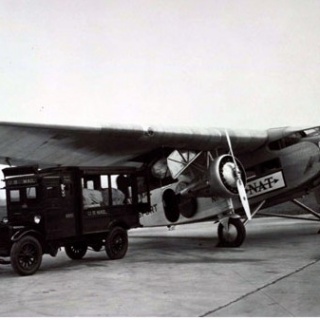 “MUJAHIDEEN EXPRESS” FROM ROTTERDAM TO DEARBORN

WORLD’S ONLY “ALL TERRORIST AIRLINE” ATTACKED

According to DHS figures, the Rotterdam to Dearborn, Michigan flight, known as the “Mujahideen Express” has carried more terrorist suspects to and from North America than the CIA and Mossad combined.  In a bizarre turnabout of events, a flight from Holland to the Islamic Republic of Dearborn, was nearly burned in mid air by an unauthorized unofficial “terrorist” passenger whose bong, or whatever those weird things people smoke are called, burst into flames in the first class cabin.

Among the injured, 3 terrorists were burned and 47 suspected terrorist suspects suffered from smoke inhalation.  There were 150 terrorist sympathizers on the flight who were uninjured.  A spokesman from the America Terrorists Federation and the Federation of Bombing and Incendiaries, the ATF and FBI, have asked for an investigation.  “Why are our terrorists being singled out for this kind of attack?”

“Who in their right mind would attempt to blow up a plane where most of the passengers are not only on every international watch list, but also a plane whose baggage compartment carries some of the highest quality narcotics available anywhere in the world?”

As soon as the suspect was wrestled to the aisle, passengers began video taping while other passengers began formulating ransom demands.  2 stewardesses threatened to behead the suspect immediately and had to be restrained by other passengers.  When officials at Dearborn International Airport, near Detroit, informed those holding the suspect hostage on the plane that they had to turn him over to authorities, the ACLU immediately filed suit in Federal District Court.

The Michigan Constitution of 1961 has provisions allowing limited human trafficking providing profits are split between local officials, including the mayor, police chief and judges.  A spokesman for the Michigan Criminal and Terrorist Protective League, a non-profit organization and affiliate of the National Pistol Association, noted:

“The idea of the Feds tryin’ to horn in on a local racket is an abuse of power.  I got Karl Rove’s number right here in pocket.  Ever since the Chicago mob took over in Washington, they think they can squeeze us out of the rackets.  Dose bums got another think commin’ if they start to mess wit us.”

The lawyer for the suspected bomber has, as we understand, demanded his client be immediately transferred to the Federal detention facility at Guantanamo, Cuba.  “My client had no idea he was on a plane to Dearborn.  He thought he was flying directly into Kennebunkport to meet his family who resettled there after 9/11.  This has been a nightmare for him.  He was going to visit his uncle who has been receiving kidney dialysis while a guest of a socially prominent family in the area.”