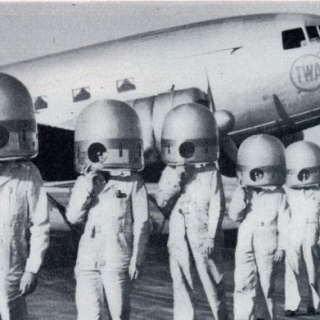 Once, a story wasn’t real unless it was carried on “mainstream news.”  “They” used to make  news “official,” certifying the real from theory and conjecture, made honest and “clean” by their reputations and expertise.  Then came the news wars, left against right, “fair and balanced” as a way of describing “slant and spin.”  Even that grew old as people began to realize that “left” and “right” was only imagination and news was only another form of corporate advertising, first thinly disguised and eventually a pointless waste of time, reality TV with no reality.

What broke the camel’s back?  It happened when aliens from the planet Schipol invaded Detroit.  This was a story they had to crush before it destroyed the very fabric of western culture.

Dozens, even hundreds of stories were ignored, “spun” out of existence or fabricated, everything from illegal invasions to a systematic dis assembly of America’s system of government, Capitalist economy and civil rights.  Those things had to go, they weren’t “efficient” enough for the Masters of the Universe who dictate to the soulless buffoons selling fantasy as news.  Then came Detroit.

Normally, when the phony news is being attacked as government or corporate controlled, 9/11 or the “imbedded” reporters during the Iraq invasion are brought up.  The Detroit terror attack goes beyond that, not so much in significance, no body count, no huge explosions, not toppling statues, no charred children.

Detroit is reminiscent of another story from another era.  Roswell, 1947.

There were two terrorists taken from the Detroit plane but now, mysteriously there is only one?  Is the other one in a freezer at Wright Patterson AFB or held prisoner in Area 51?  When the FBI visited witnesses, playing “Men in Black” did they think we were under attack from alien?

“You saw no flying saucer, there were no aliens, it was only swamp gas and the planet Venus.  The Indian man in orange we arrested and hauled away in chains never existed, nor did the bomb in his carryon luggage.  You are all suffering from mass hysteria and post traumatic stress.”

Is the press shying away from the story because the terrorists and their helpers, CIA employees in Nigeria, airport security in the Netherlands, mysteriously repatriated former Gitmo residents released by Bush and the dozens, perhaps hundreds of others who nudged a bit here, erased a bit there and looked the other way are all secretly aliens also?

Are we living “The Day of the Triffids?”  Is this science fiction?

Is the press working so hard to look the other way when a pack of bunglers drops a conspiracy in their lap a 3 year old could understand because they are protecting us from the terror of an upcoming alien invasion?

What makes this, the lamest terrorist conspiracy of all time, what should be the last nail in the coffin of phony corporate journalism?  Is it because a story where every lead goes one place, a story ripe with evidence, testimony, CCTV, immigration records, release records from Guantanamo, public records in Nigeria, reports from the Government of Yemen, all lead one place?

No matter where you follow this story, every step of the way one thing comes up.  Israel.  It is almost as though, if you really look at it, like Israel and friends of theirs in the US have found a way of making money through creating phony terrorist attacks.

Are people making money off this terrorist stuff and the wars?  I don’t know, maybe the press ought to look into it.  I wonder what they would find.

So, how do we deal with it?  Simple.  There is no story.  Instead, we send government agents out to intimidate witnesses, “classify” evidence (destroy) and bury the truth.

How does the press react?  Our terrorists father had the worst cover in the history of, well, how do we say it?

“Hi, I am a friendly Islamic banker with a foolish son.  No, I don’t run a huge arms industry in partnership with Israel and I am not close to the American Ambassador and the CIA Chief of Station in Nigeria.”

People with the power to release the most dangerous terrorists ever held by the US, released without a single word, terrorists who seemed to put together a major terror plot that required the full cooperation of the CIA, State Department, Homeland Security and, most of all, the security services of the Netherlands, Israel and, maybe, India, are so careless and incompetent that they are caught at every level, exposed, seen, heard, photographed, tracked down and nobody paid to care seems to care.

How involved does our government and their little “helper” governments have to be, how obvious, how incompetent, how clumsy, before the press feels a need to report, just out of embarrassment?

You don’t get much closer to a “smoking gun” than this.  Maybe whoever was involved in the Detroit attack was joking.  We should ask them.  We know who they are, we know where they are, everyone does, everyone but the “mainstream press.”