Coach Whisenhunt sacrificed ego to hide bag of tricks Sun Tzu was on the NFL field this past week and his name was Coach Wisenhunt by Johnny Punish Wow! Did you watch last weeks NFL game between the Green Bay Packers and the Arizona Cardinals? Wow! I bet you’re saying Kurt Warner should get into the Hall of Fame right now! And you’d be right! This guy is gold from top to bottom.

But did you really watch it and how do you think what was played out on the field can help you in business and investing? You see the battle actually started a week before the game. That was the real MVP performance and it was hidden from view just like they planned it.

Check it…you see, Unlike some of his egomaniacal peers, Ken Whisenhunt doesn’t seem to possess a desperate need to receive credit for his team’s success. But the Cardinals’ third-year coach – and the only one to have taken the franchise to a Super Bowl – is as intensely competitive as anyone in the business, and his shrewd approach to preparing for the Green Bay Packers is a major reason his team is headed to New Orleans for Saturday’s divisional-round playoff game against the Saints. Whisenhunt is now 4-1 in the postseason with the Cards. Accident or something else?

It was The Art of War and he played it perfectly.

Consider that shortly before kickoff, Whisenhunt determined that the Vikings were headed for a victory over the Giants, eliminating the Cardinals from contention for a first-round bye and ensuring that there’d be a rematch with the Pack the following Sunday.

He thus settled on the bland blueprint, which was designed to a) reveal as little as possible to the Packers and b) on select occasions, flash some formations the team planned to use in the rematch as a means of confirming how Green Bay was likely to defend them. Specifically, Whisenhunt wanted to see how the Packers, who would finish the regular season as the NFL’s second-ranked defense, would try to match up against Arizona’s three-receiver sets, some of which would include tight end Ben Patrick(notes) split wide as a de facto slot receiver.

The result was that the Cards, who also rested Warner and other starters for part of the game, were essentially impotent in a 33-7 Packers victory, provoking a lot of criticism about Whisenhunt’s approach and creating the perception that the Cards were headed for a fall. 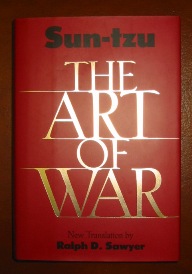 A lot of bettors certainly believed so: After opening as 2 ½-point favorites for Sunday’s rematch, Arizona – with the injury-related absence of star wideout Anquan Boldin(notes) likely playing a role – was a 2½-point underdog by kickoff. Whisenhunt, however, was supremely confident that the Cardinals would move the ball on the ground and through the air. “We had a very good plan,” he said Sunday. “We mixed things up and were able to have some success with the run game, and there’s no question that helped open up the passing game.”

The Cardinals gashed the league’s top-ranked run defense for 156 yards – the most the Packers had given up on the ground all season – on 23 carries, with rookie halfback Beanie Wells(notes) gaining 91 and wideout Steve Breaston(notes) picking up 28 on a reverse. Massive defensive linemen Darnell Dockett(notes) and Gabe Watson(notes) lined up as blocking backs on Tim Hightower’s(notes) 1-yard touchdown run in the first quarter, a wrinkle that no one saw coming. (“Let’s keep that on the hush,” Dockett said.)

Meanwhile, Patrick caught three passes for 42 yards, while Breaston (seven for 125, one TD), Larry Fitzgerald(notes) (six for 82, two TDs) and Early Doucet(notes) (six for 77, two TDs) thrived in two- and three-receiver formations. By game’s end the Cardinals had gained 531 total yards and scored touchdowns on six of 10 possessions, punting just once.

The most amazing stat of all: Arizona ran 57 offensive plays but only faced third down on five occasions, converting on three of them. “I don’t think enough credit was given to Coach Whisenhunt, [run game coordinator] Russ Grimm and [passing game coordinator] Mike Miller,” Fitzgerald said afterward. “We saw some things we could capitalize on, and they put in a great game plan during the week. Great coaching trickles down to great players.”

Now all Whisenhunt has to do is turn around and come up with a similarly brainy plan for attacking the top-seeded Saints, whose coaches had 14 days to prepare to only six for Whisenhunt and his assistants. Suffice it to say that he’s not daunted by the challenge. “When you’ve got a guy pulling the trigger like No. 13,” Whisenhunt said of Warner, “it’s a lot easier to come up with things that work.”

Mike McCarthy’s team is super talented and they have a bright future. But it takes more than talent to win. It takes planning and strategy and Coach McCarthy got played by a master. That’s why the Packers are NOT advancing.

So you Packer fans, send Mike the book “The Art of War” and tell him to learn it so that he can put his team into a position to battle for the supreme trophy.

Finally, if I were the Saints, I would read up quickly on The Art of War or they will end up carved up by a Master and his NFL sword!

Oh and for you veterans, hire Coach Wisenhunt to run your show or at the very least, buy a copy of Sun Tzu’s The Art of War now…..live it, learn it, and get in it to win it.  We all need to be assertive in 2010 so that our Veterans can be successful in the competition of life in a civilian uniform.