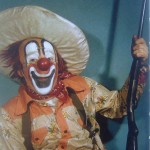 WILL THE REAL CIA PLEASE STAND UP?

Were the seven CIA employees killed in the recent terror attack at Camp Chapman in Afghanistan really CIA?  Sources now tell us that some were Blackwater operatives, not CIA at all.

Is the CIA and Blackwater one in the same?  Are either one or both working for the United States or has the disease of privatization created a culture of greed and incompetence that has left the United States vulnerable and defenseless?  Are we simply “out of our depth” in Afghanistan?

WHO IS PULLING THE STRINGS?

Blackwater/Xe is a multinational corporation with endless divisions who, not only work for the CIA but governments and intelligence agencies around the world.  No one has ever successfully penetrated their cover organizations to find who they really are or who they really represent.  The Blackwater operations run from Camp Chapman could have been for anyone, Iran, Israel, India or one of their dozens of clients.

We don’t know, the CIA certainly doesn’t know, nobody knows.  Was the attack that killed Americans an attack on the CIA, an attack on Blackwater or a carryover from a local drug war?  All we do know is that everything we have been told is subterfuge and not necessarily meant to serve the intelligence and security interests of the United States of America.

The secret base in eastern Khost province in Afghanistan is in an area convenient to move personnel and “other things” in and out of Pakistan.  The base itself is supposed to be designated for the use of USAID, a division of the State Department meant to aid foreign governments but which has been a front for covert operations for decades, one of the worst kept secrets in the world.

The camp itself is guarded by Afghan tribesmen, not US personnel.  No information about their ethnic affiliations, training or qualifications is available.  However, the idea of a highly secure CIA compound being guarded under such circumstances is an absurdity beyond human comprehension.

American military and civilian operations inside Afghanistan have proven to be utterly incapable of finding any group within Afghanistan to work with that is free of penetration by Taliban elements.  Many lives have been lost already from numerous incidents of Afghan military, police and security personnel turning on American allies.

THE REAL FACE OF TERRORISM

The region of Camp Chapman is a staging area for terrorist operations, not only against Americans in Afghanistan but against Pakistan as well.  Some of the terrorist groups are working for India and Israel, some for the Taliban and, frankly, most are working for both.

America and the CIA are totally out of their depth, ill informed, uninformed and being played, not only by our supposed Kabul allies, but by India, Israel and our private contractors who are playing both sides against the middle.

Camp Chapman, now identified as a Blackwater command post near the Pakistan border has an unclear mission.  Continual reports coming out of Pakistan indicate that Blackwater and/or other US contracting firms have become involved in criminal activities and terrorism.

Top Pakistani military analyst, Brigadier General Asif Haroon Raja has tied Blackwater and other US contractors to the assassination of Pakistani army officers, attacks on government installations and ties to terrorist groups who have killed hundreds of civilians.

Raja has indicated that, rather than being employed as CIA contractors in search of high profile terrorists, these contractors are working with, among others Israel and India coordinating terrorist operations meant to destabilize the government of Pakistan, America’s only military ally in the region.

If US contractors are working inside Pakistan, under cover of the CIA but actually serving the intelligence services of India or Israel, primary enemies of Pakistan, but also countries who are doing nothing to aid the US in Afghanistan, this would represent a serious threat to US security.

Is there a danger in having unsupervised privateer mercenary operators working in the midst of the world’s largest narcotics production area?  What if such a company also owned private airlines that can fly from country to country without any supervision by customs or drug enforcement organizations?

With the press filled with reports of organized crime activities tied to mercenary contractors working for the US in Iraq and Afghanistan, reports of murder, drug running, money laundering and arms smuggling, is there some possibility that tying groups involved in these acts to CIA intelligence gathering capabilities a poor strategy for success?

Why are the papers filled with accusations of every imaginable crime from mowing down civilians with automatic weapons to blowing up mosques and yet no mention of the remote possibility of participation in the regions $50 billion plus per year drug industry?

In fact, is participation in drug production, smuggling and related money laundering the only real secret we seem to be keeping?

THE BUSINESS OF FAILURE

Decades ago, the CIA got involved with the Mafia in an attempt to assassinate Fidel Castro, someone who has outlived everyone sent to kill him.

We are told that we never hear of the successes, only the failures.  However, the failures are of such a devastating and catastrophic nature, the communist takeover of Cuba, the fall of Iran and the Iran/Contra scandal, the Chile coup, bungled buddies: Noriega and bin Laden, the Russian coup against Gorbachev, Vietnam, 9/11, the Ames spy case, the Iraq War, Afghanistan and so many others, that the “secret successes” are unlikely to measure up.

What could possibly be done to take a failed organization and make it worse?  We only need to sit and watch, you can be assured that everything possible, humanly and otherwise, will be done as it always has.

Is it possible that decades of claimed incompetence and bungling is simply a cover for serving masters other than the United States of America?   Can 70 years of consorting with dictators, swindlers, gangsters, war criminals, drug lords and politicians have blurred the CIA’s vision?