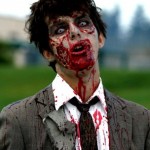 “QUAKE IS PROOF OF GOD’S DAMNATION OF

In keeping with party advisories, every effort must be used to keep our media assets, not only at Fox and CNN, NBC, ABC, CBS and the print media but our hundreds of bloggers “on message.”  In keeping with Pat Robertson’s decision to blame the deaths of tens of thousands and the millions homeless on the victims themselves, we will be issuing continual updates on Satan worship, Voodoo while killing any and all stories comparing the Haiti disaster to our failure to quash press stories on our failures during Katrina.

Limbaugh himself has suggested that we put him on live TV issuing “Zombie Alerts” and damning the Obama administration for its failure to implement a “Zombification Prevention Program” though the Heritage Foundation had warned of this possibility during their “End of Days, What You Can Do To Be Safe” conference held at George Washington University.   We had booked as chairman Dr. Nidal Hasan, recommend to us by friends in both the FBI and Homeland Security as an expert on disasters. (we have since learned that Dr. Hasan has become unavailable.  We are contacting sources at the DOJ about arranging a teleconferencing capability.)

Media focus needs to be kept on the key political issues, not only the inability of President Obama to prevent the Haiti quake but his overreaction in offering immediate aid to the victims.  Why would the United States find aid to Haiti that important?  Aren’t most of the people there black anyway?  Our decision to withhold vital emergency aid to New Orleans after Hurricane Katrina, though not entirely based on the fact that almost all those who were unable to evacuate the city were both black, poor and Democratic voters, still caused some negative publicity.

Our biggest area of impact, based on our political base, uneducated, easily frightened, superstitious and suffering from delusions of victimization is the Zombie issue.  Former Vice President Dick Cheney is issuing a violent rebuke against President Obama for being a “Zombie sympathizer” and “Soft on Zombieism.”  Cheney claims that, not only are Zombies likely to take over America but that they breed like rabbits and are likely to take jobs from many Americans, especially in the governmental  areas of intelligence gather, defense acquisition and law enforcement.

It is already rumored that many have taken over key staff positions on the hill already.  In a call this morning to the Cato Institute, it was found that Zombies had already taken control of all operations.    Many familiar with the organization see the move as a positive one.

Satanists and Democrats are and always have been together, along with Jews, Catholics and the “brown” races.  It has always been our policy that ending slavery itself was a poor concept.  The concept of having to dilute our Protestant, Northern European base and policies of racial purity just to gain public office, pandering to idiots about abortion and gun control has been demeaning.

Other than Michael Steele, who is, though accepted as unofficially “white” and Alan Keyes, our “step-n’-fetchit” self hating African American, we have had little use for African Americans other than to bring out when required, such as with Colin Powell, purveyor of the WMD/Iraq fiction for the UN and State Department clown Condi Rice, acting “beard” (pretend female love interest) for our “sexually unaligned” former Commander in Chief, George W. Bush.

We are awaiting word from AIPAC as to whether to have Fox News show films of “dancing Palestinians” celebrating this disaster.  Israel is, we are told, now making a bin Laden tape claiming credit for the earthquake.

Michael Chertoff, representing a number of Airport Scanner Companies is offering to have his companies scan the dead for “underwear bombs” for a nominal fee, from what we understand, $2.5 billion.  The house is pushing an emergency allocation thru now, money to be found through defunding unnecessary veterans healthcare initiatives.

“Some” have suggested that we might stage incidents, perhaps have friendly military contractors dress up like Haitian looters carrying “WHERE ARE THE WHITE WOMEN” signs.  Our folks came up with “GAY, SOCIALIST OBAMA SUPPORTERS FOR SATAN,” which are more on message.  If anyone can find a way to tie socialism, health care and plate tectonics into a catchy song or cartoon showing President Obama as  an ape or, perhaps even carrying a spear while chasing an aid worker, please get with me.

As for the idea of staging demonstrations or attacks on police and aid workers, I am shocked at how ignorant this is.  This was rejected as totally wrong.  We have no film crews in place.  It would be a waste of money.

With some luck, we can send Blackwater down to do the cleanup.  If there is anything left worth picking up in that place, they will find it.  Perhaps we can find an Al Qaeda operation in Haiti.  If not, perhaps we might be able to start one.  The one we have going in Yemen is working out very well.

Public distribution of any or all of this private memo is not allowed.  Duplication or publication of all or part of this is expressly prohibited by the Republican National Veterans Coalition for Global Conflict, the Heritage Foundation, the CATO Institute and Fox News.