Veterans and military families are joining with tens of thousands of others who will be marching on Washington, D.C., on Saturday, March 20. 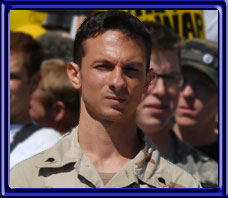 The reality is that we—the soldiers, sailors, airmen/women, and marines—are never sent to fight for any just cause. We are, quite simply, the muscle for the banks and for Wall Street to expand their reach all over the world.

This reality cannot be hidden forever, and every day more of us are waking up. Every day it becomes more apparent that these are not wars for “national defense” or anyone’s “freedom”; these are wars for empire. On March 20, we will be marching on Washington. And the more people that join us, the more we can inspire other soldiers to do the same, and the closer we get to ending these criminal wars. – Michael Prysner
Iraq war veteran
Founding member, March Forward! 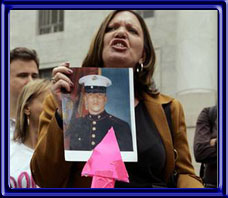 Three times as a mother, I have seen my sons off to war. I have embraced them on their return to ensure they really made it back. The pain and horror of what our family has gone through is a shadow to the horrors of war they have endured. They have served their country at a great cost to their soul. Military Families represent only 1.3 percent of the population, and our voices alone will not stop this tragedy. We are relying on everyone to step up and be heard to represent us and the millions of Iraqis, Afghans and other victims of our imperial nation that do not have a voice.

We must continue the struggle. We must be louder than ever, as you will hear many tell us to shut up and go away. Don’t tell the public the truth that there has been no change … that we should not challenge the leaders of our country because they are now labeled Democrats rather than Republicans. As we have fewer voices, we must be louder now than ever before.

Join me and other military families on March 20 in Washington, D.C., as we unite to oppose these occupations. Our message has not changed: Bring them home NOW! 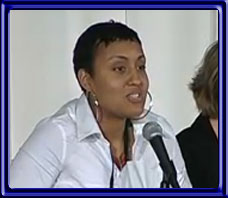 The real question is: Why not march in D.C. this March?  We’ve encountered more civilian deaths in Afghanistan than ever this past year.  U.S. incursions into Pakistan and now talk of invading Yemen indicates that that the so-called “global war on terror” is far from ending. And this means, of course, the deepening of the military-industrial complex here in the U.S. to feed the imperialist war machine.

And why not mention Haiti while we’re at it? After all, there has been a silent—and at times quite vocal—war against our revolutionary brethren in Haiti since the Haitian Revolution, and now the U.S. pledges to send $100 million in aid for 3 million people? How much is spent A DAY in Afghanistan? 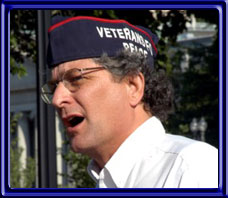 Trying to stop a chest wound from gurgling, wheezing, bleeding … Pretending not to see the kid’s eyes go mad with fear and pain … Wrapping shredded, dangling stumps that moments ago were arms … Turning a once healthy body of a young soldier from side to side, every four hours, for the rest of his life, trying and keep ahead of the bed sores that eat away flesh like leprosy … Reassuring a young woman she can live normally—really—but she’ll have to crap into a colostomy bag the rest of her life … Having to carefully tackle that 18-year-old on the locked psych ward when the monsters in his head take over again …

These, my friends, are the “lucky” ones, the ones “only wounded,” who came back home to a health system no one had bombed back into the 18th century. This is what war is all about. This is what we must protest on March 20! These are the horrors we must put to an end! This is why you and I don’t have the option of getting discouraged, or being too busy, or suffering from “protest fatigue.” Join us on March 20! Brothers and sisters, our humanity demands it!