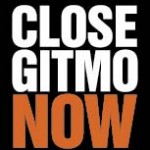 In addition to Veterans and Military Families marching on Washington in the Spring to protest the continued occupation of Iraq, Obama’s SURGE in Afghanistan, how our troops and Veterans are treated when they come home, and to close Guantanamo Bay (GITMO) prison, there has been a more recent effort by military Veterans and families to close GITMO that occurred this month.

If efforts by VoteVets prove successful, that will be one less issue for Veterans and Military Families to protest in the spring.

Check out this video Matt Alexander Gives Some Common Sense on Gitmo, then read the articles courtesy of VoteVets.  Matt represents a coalition of activists groups called New Security Action that is dedicated to closing the U.S. detention center at Guantanamo Bay, Cuba. Matt is a VetVoice front-pager, author, former interrogator, and Iraq War veteran.

# Matt’s op-ed in today’s New York Times on the anniversary of the President’s executive order on ending torture.

The efforts of Matt Alexander, Richard Allen Smith, John Stotz and others from New Security Action, VoteVets, and VetVoice led to:

On January 21, 2010, VetVoice had an outstanding and successful lobby day in Washington, DC speaking with members of Congress and their staffs on the importance of closing the prison at Guantanamo Bay.  Richard Allen was working on a wrap up piece (including meetings with (Senators Udall, McConnell and DeMint, as well as Rep. George Miller) , but for now take a look at this media coverage of the VetVoice event and some photos from around the Hill.

The Hill: Coldplay joins vets in campaign to close Gitmo

In related developments leading up to the march on Capital Hill, members of VoteVets and VetVoice published articles and announcements.

Why Veterans Are Descending on DC to Close Gitmo

Jon Stotz eloquently wrote about the reasons why Veterans were taking this action to force the Obama administration and members of Congress to keep promises to close the prison at Gitmo.

“Among the tragic news in Haiti, and the expected dissection of the Senate race in Massachusetts…, there’s another story going on that likely will not get as much coverage, but is still extremely important. Dozens of Iraq and Afghanistan veterans from VoteVets.org are flying into Washington, DC to join with the Campaign to Close Guantanamo in lobbying Congress to close the prison at Guantanamo Bay.

These veterans will deliver a letter to a number of Congressmen and Senators, co-signed by about 2000 veterans, calling for Congress to follow President Obama’s lead, and move to shut down the facility that has become a blight on America’s reputation.

Indeed, the more time goes on, the more disturbing news comes out…. Harper’s has an investigative news story that punches holes in the “official” story of three Gitmo detainees who were found to have killed themselves. In the story, we learn about “Camp No,” which Keith Olbermann rightfully called “a Gitmo within Gitmo.” The facility was nicknamed Camp No, because if anyone asked whether it existed, the response would be “No, it doesn’t.” We don’t really know who was in charge of Camp No, or what went on there. However, we do know from the Harper’s report that the secret facility played some kind of role the night the detainees supposedly killed themselves.

As I’ve chronicled here before, the stories of torture and endless detainment without trial that are all associated with Gitmo have served as an effective recruiting tool for al Qaeda. While closing Gitmo won’t end the ability of al Qaeda to recruit, restoring the rule of law and human rights will deliver a serious blow to their efforts. And, the fewer people they are able to recruit, the safer our troops and America will be.

The most recent argument for keeping Gitmo open is the failed attack by the Christmas bomber. Trained and equipped in Yemen, Umar Farouk Abdulmutallab received help from Yemenis who were once held at Gitmo, and released by the Bush administration. How could we, the argument goes, close the facility and let all these potential terrorists back into the field?

First, no one is talking about opening the doors of Gitmo and letting everyone just walk out. The Obama Administration has moved, after years of delay, to try 9/11 mastermind Khalid Sheikh Mohammed and a handful of other terrorists. There is no indication that they will be the only ones to face trial and likely conviction.

Secondly, the Christmas bomber will now be handled the correct way. He’ll be tried in our criminal courts, convicted, and likely sent to our Supermax prison that has held some of the world’s most heinous terrorists and criminals, safely and securely. When he is, there will be no clearer example that we are much better off taking terrorists and putting them through proper trial and imprisonment, not simply tossing them in Gitmo without a real plan. Doing so will help restore our reputation as a fair nation of laws, and will put a terrorist away for the rest of his life, legally.

For all of these reasons, those who actually fought terrorists in war, and know how they operate and think are coming to DC to tell Congress to move without delay on closing the prison at Guantanamo.

For too long, those who haven’t served on the ground in these wars have been allowed fear monger, distort, and downright lie about the issue – and politicians and the media have largely been too eager to accommodate them. We’re not going to let that happen anymore. We’ll force our way into the debate, whether they like it or not. That’s what our DC trip is all about. It’s a matter of America’s reputation, it’s a matter of our troops’ safety, and it’s a matter of our nation’s security.”