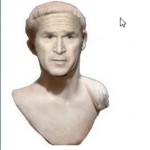 GOP AND CORPORATE PRESS HAVE ONE GOAL:  KEEP BUSH AND HIS CABAL OUT OF PRISON

Ask any American, or, in fact prettymuch anyone around the world what President Obama’s biggest failing is and they will always say the same thing.  Bush is out of prison, proof Obama is a coward or part of the same gang.  All any of us wanted was our country back.  It isn’t like there weren’t crimes any prosecutor could prove.  We spend billions trying to convict children and mental defectives we kidnap off the street of terrorism and we have a gang here, still running their mouths, running free that is responsible for the deaths of 10,000 Americans, destroying the lives of 400,000 more, killing between 1 and 2 million around the world, 98% innocent civilians, and robbing America blind.

Britain is in the middle of an investigation, begun as a half hearted attempt to look at Tony Blair and how they managed to elect a charming and urbane but sociopathic tool as Prime Minister, a man of wit who would follow George “W” Bush blindly into disaster when he should have known better.

We have now learned through informed sources that Blair met with Israeli officials prior to making his decision and had openly suggested, after that meeting, of invading Iran also.   Blair’s military experience as a former failed rock guitarist was unable to provide substantive and authoritative support for this “two-fer” attack plan.

As much as our British cousins have tried to bury the truth, every day something leaks out.  Blair will never go to prison but it is now known to all there, the Iraq War was a criminal act begun for profit, based on known lies, planned by men of low moral character and executed with incompetence beyond human measure against an enemy that was virtually helpless.

We turned a two week war into a 6 year civil war, decades of civil unrest and the utter destruction of a nation.  Was it all an accident?  Will anyone be checking the “net worth” of Tony Blair, before the war and after?  How can America be jobless, broke yet filled with new billionaires?  America still has their military, the best planes (for awhile) and the biggest fleet.  What they don’t have is money to pay for it.  Who has the money, our money and the real power to rule the world?  Who is really in charge, really pulling the strings?

Simply put, there isn’t a single terrorist act, failure of proper management or oversight, political stumble or strategic blunder done during the Bush years that didn’t generate billions in no bid contracts, oil rights, arms deals or in the backroom restructuring of the American financial system that led to the biggest world financial collapse in history.   Never in history has so much “stupid” been so very good for so very few at the cost of so many.

If you want to know who the real criminal terrorist “masterminds” are, check who is making more money now than they were in 2000.  Since most money made by the upper 3% of Americans is held in offshore banks, looking will be hard.  If you wonder why you can’t buy a home or car or businesses are closing everywhere, think of the hundreds of billions held offshore.  Senator Carl Levin has spent years documenting this and years trying to stop it.  If you think that the new “corporate controlled” Congress is going to repatriate American wealth and American jobs any better than the current group, good luck to you.

How many hundreds of millions in bribe money flowed into Washington just to block national health insurance, a basic human right?  How many hundreds of millions, even billions of emails were sent out to Americans, all filled with lies written by insurance lobbyists?  Do you think they were free?  Who do you think pays?  We pay for this, we pay with our money, we pay with our health.

We pay for everything.  We pay with the lives of our children for the gasoline we pay for with the money that used to buy our food.  It is all about paying, simple extortion, price fixing and monopolies.

Our new definition of socialism:  A socialist is someone who complains when being robbed.

Our new definition of extremist:  An extremist is someone who complains when being robbed.

Our new definition of traitor:  A traitor is someone who complains when being robbed.

Our new definition of terrorist:  Is it someone who does more than complain?  Perhaps complaining is enough.  John Ashcroft and Roberto Gonazles thought so.

Our new definition of patriot:  Someone who can drive to a flag waving ceremony past streets filled with homeless veterans and see nothing.