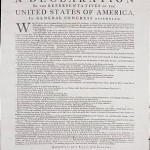 FEW AMERICANS KNEW OF ZINN, FEW KNOW WHAT WE HAVE LOST AND THE DOOM WE FACE

Silly obituaries of Howard Zinn are hitting the papers.  He was a WW2 veteran, a historian and an “activist.”  He is dead.  Every time I open an email from the GOP or NRA or American Legion, either filled with outright lies, misreprentations our childish inanities, I am reminded of Zinn, a man who valued truth and honor above any of our “greatest generation.”  Few can dispute that Zinn was the greatest American of our time.  What did Zinn do?  Zinn wrote history, real history, history free of lies, influence and the “you can’t handle the truth” mentality that has turned America into a nation of educated but ignorant slaves.

As a combat veteran and historian, I could never hope to remotely follow in Zinn’s footsteps.  Even onto his death at 87, he was tireless in his fight for truth, his opposition to war and his rage against those dishonoring America.  His tools were his honesty, his impeccable scholarship and his genuine love of his country, a country he worked every day of his life to save against elements, elements of endless power backed by endless money that live only to spread fear, lies and to cripple each generation more than the last.

I had written an article recently criticizing the Supreme Courts recent 5/4 decision to allow corporations unlimited ability to influence elections.  I have a reasonable background in Constitutional history, the document itself and most of the schools of interpretation.  On a personal note, I figure that 2 or 3 of the 5 judges who voted in the majority must be insane and 2 others either bribed or their families were being held hostage by a drug cartel.  I tried to explain the ramifications to American independence as best I could, but I still receive “think tank” responses from readers, Cato, Heritage etc., that backed the most insane and anti-American act of our country’s history.   Zinn lived to give Americans intellectual tools and strength of character to toss aside lies like this.  He is gone.  We can hope his words will reach more of those around us.

Our children shouldn’t have to suffer, living in a country we bankrupted thru ignorance, an ignorance some still value above their families, their nation and their sanity.  Howard Zinn was about sanity.  If you believe it, and it isn’t real, you are nuts.  End of story.

Our “rogue” Justices in the Supreme Court were not students of Zinn, not students of history, certainly not students of law and most likely not sane either.  The scholarship used by those supporting the court “majority,” all highly flawed “3rd stringers,”  showed signs of trying to tie “freedom of the press” and “Federalism” to legalized bribery and a simple case of opening the US to unlimited foreign influence.  The thinking used was unsound, the facts continually misrepresented and their efforts read more like a pamphlet from Nazi Germany than a policy study.  Today’s “think tanks” sell lies like selling soap.  There is no reason to sell the truth, only lies have value.  There is no money in the truth.

I won’t call Zinn a simple man nor will I call him decent or honest.  We reserve those terms when lying about gangsters in politics and finance.  “Stalin was a simple man, decent at heart, though, occasionally a sociopathic mass murderer.”  “George ‘W’ Bush is a simple man, decent and honest except when he is planning illegal invasions, rigging elections, arranging illegal kidnappings and torture or drugged out of his mind on cocaine.”

Zinn put facts together and formed truth.  His idea was to educate generations of Americans about the good and bad of America, the real, the honest, the true and to trust Americans, armed with the truth, to do what is right.

Why so many powerful people felt threatened by this concept is a clear sign of something diseased and rotten in our very soul.  We aren’t supposed to advocate violence, civil war, revolution or murder but, when the powerful, those who control our government, our military, our news, our courts and our police are worthless lying scum, the idea of not reacting to them in accordance with the threat they pose to the survival of the United States is a dishonor also.

Thus, we read our lies, watch fools peddle our souls away on TV and say silent as long as we still eat food and sleep indoors, something fewer and fewer of us do each day.

Zinn’s path was to work tirelessly to inspire generations of educated humans capable of making decisions, knowing right from wrong, truth from lies, skills almost totally dead in America.  Toward that end, he left a lifetime of work that will only endure if  truth itself endures.  Maybe, like with paintings, his work will be recognized by Americans other than history teachers.  Will death bring his message to the masses, the message millions of students read in college as his history texts set a standard none could approach.

Those of us who are Americans, even those who talk “patriotism,” always something that scares me as much as buying a used car from a “Christian,” supposedly have one side, one client, one point of view, the welfare of the United States.  How do we define that?  Is it control of the world or the suppression of “foreigners,” brown people, Catholics, Jews, Muslims and putting flag, power and winning over all or is it building for ourselves something that endures, endures with an air of what we like to describe as “greatness?”

What can we create worthy of enduring?  What has value?  What is honor?  If you are loyal to tyranny are you honorable?  If you repeat lies, think the next time you forward an email, are you honest, moral and honorable or simply another liar.  Is truth what defines a nation, truth more than power, truth more than patriotism.  Is truth, truth and justice the real definition of honor and patriotism?

Those who sacrifice, those who give their lives, even in unjust war, can die in honor for their friends, they can also fight unjust wars with a since of honor also, honor is something most valued when carried where it is found least.  This has too often been the path of the American soldier and veteran.

What of those who send others to kill, other to die for wrong, for tyranny?  Is there a special place in hell for them?  We know so many of their names now.  Without Howard Zinn, will those names be listed with truth, will our grandchildren be told of a time when we erred, we chose fear over honor and tyranny over Americanism?

HAVE WE CROSSED THE LINE?

What is it we have done?  Our Supreme Court will now allow a dictator to hire a law firm to pay millions of dollars to a Senate campaign to finance lies.  Is this bribery?  Do we have a history that warns us?  If we do, and we do, Howard Zinn wrote it.  Five members of the Supreme Court never read it, but chose to believe something else, something simply not true because of power, power over truth, power over honor, power over justice,  power over the rule of law.

Elections, health care, invasions, wiretapping, taxation, corruption, all of this has its history.  The lessons were learned a decade, a century, even two centuries ago, learned then erased or lied about.  Why are we broke?  Why are we in wars we never should have started?  Why do Americans feel their government controls them and not the other way around?  Read Howard Zinn.

Those changes have come hot and heavy.  Not only has the Supreme Court usurped the power of the electorate but it has given citizenship to bank accounts, drug barons, banks, citizenship with unlimited power, power based on money, often money stolen and power often exercised in the process of stealing more or evading just punishment.  Thus, in the Jeffersonian mode, the Supreme Court is a tyranny that should not stand.

Gangs can start wars, suspend justice, commit unspeakable attrocities, all within the rule of law, a law deemed law by minds of Roberto Gonzales or John Ashcroft, men any country might want, want if they needed those who fled from patriotic duty during war but sought power for the corrupt for personal financial gain.  We became such a country.

The idea of being cheated by credit card companies, or submitting to foreign dictators who pay our elected officials, elected because cabals’ of political party hacks choose them for office in the dark of night is not what America was meant to be based on.

Why have we allowed this and why do so few speak up?  We know nothing of our history, who our Founding Fathers were and what the tyranny was that they swore their lives and sacred honor to  fight.

You have freedom of speech, so long as you are a corporation and say nothing that isn’t politically incorrect or that threatens those more wealthy and powerful than yourself.  If you do that, you can expect imprisonment or worse.  Real “speech” is controlled by corporations, entrenched in military adventurism or owned by foreign powers, their speech is the free speech.  Anything contrary is considered “whistleblowing” or “radical extremism.”  All speech is free except free speech, which is suppressed.  Failure to read, failure to learn our history has cost us much.

You can vote, so long as you know it won’t be electronically “flipped” or that the candidates you choose between aren’t long under the influence of those who mean you and yours ill.

If you fight to defend your country, you may likely awaken finding yourself little more than a Hessian mercenary like those Washington defeated at the Battle of Trenton.

130 years ago, America was ruled as a dictatorship by an oligarchy of wealthy, hateful and ignorant tyrants.  It is our history, one few know, but true, a fact, inexorable and undeniable.

The issue was money and influence.

We are there again.  Were we warned?  Maybe.  Some of us were, certainly.  The truth was out there, for those of honor and courage.  If you suspect that your children will grow up in bondage, serving a nation our Founding Fathers would be ashamed of, failure to know real history, Howard Zinn’s history will be the cause.