America frequently makes wars because a cowardly Congress allows the White House to itself make the decision for war, a law school dean says. 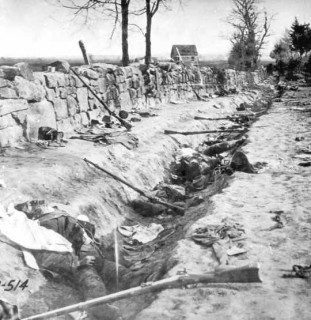 “Congressmen and Congresswomen are almost always political cowards, and they care only about staying in office indefinitely if not forever,” writes Lawrence Velvel, dean of the Massachusetts School of Law at Andover. “They do not wish to cast a decision-making vote on war lest their individual decisions—whichever way they may come down—will cost them the next election.”

“They are far happier…to let the President make the decision and take the responsibility, while they only Monday morning quarterback in order to carp and complain after the fact if and when things do not go well,” Velvel writes.

While the Constitution’s Article I, Section 8, invests Congress with the power “to declare War,” the law school dean points out this has been largely ignored since President Harry Truman in 1950 “de facto changed the Constitution so that not the Congress, but the President, and he alone, makes the decision on war.”

“From Korea, to the Tonkin Gulf Resolution, to the 2002 Congressional Resolution which said to (President) Bush II that he alone should decide whether and whom to fight, the decision on war has been the President’s in fact,” Velvel writes.

He points out, however, “the framers deliberately intended it to be for Congress because they felt, as has now come true, that the Executive is too prone to get into wars. The shifting of the power to decide on war has been a de facto Constitutional revolution.”

Velvel writes that decent human beings could think it immoral to put one’s own election to office ahead of the potential deaths of hundreds or thousands or tens of thousands of Americans and hundreds of thousands or even millions of people of some other nationality.

“But who said our congresspeople (or presidents) are moral human beings?” Velvel asks. “Would moral human beings spin, lie, and deceive to be elected to office or to persuade people to adopt this or that policy? Yet this…is the way people get into and stay in office in this country.” Velvel adds that elected representatives hold their office through “raising unbelievable sums of money by a process that the Supreme Court turned into legalized (if deeply immoral) bribery.”

One possible solution, Velvel writes in his law school magazine “The Long Term View,” would be to adopt a form of proportional representation(PR) in elections to Congress and in the Electoral College where votes for president are cast. “This would enable decent people to form a political party with practical hopes of success and consequent ability to affect policy, specifically including any policy of constantly fighting wars.”

When PR is mentioned, however, politicians chorus it will destabilize the country and cite Italy and Israel as examples of nations that have PR whose governments as a result are unstable. “So we seem doomed to continue with a system in which decent people will find it very hard to form a successful new party—like the Republican party in 1854—and in which we are stuck with Presidents who make the decision and often favor war…” Velvel writes.

Velvel adds, of course, that quite often the peoples we claim we seek to help “do not want us to be in or to take over their countries to impose our version of democracy and wealth.”

The Massachusetts School of Law at Andover is a non-profit law school purposefully dedicated to the education of students from minority, immigrant, and low-income households who would otherwise not have the opportunity to obtain a legal education.

(Sherwood Ross, formerly reporter and columnist for major dailies, is a media consultant to Massachusetts School of Law at Andover. [email protected])