Home Veterans This Ambassador Is A Sore In US-Pakistani Relationship 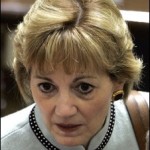 By Ahmed Qureshi, Pakistan—US Ambassador to Pakistan Ms. Anne W. Patterson is becoming quite controversial. She has overseen the worst spell in the relationship between Washington and Islamabad in sixty years and many say she is responsible for at least some of it. Ties weren’t this bad even when the United States unfairly sanctioned Pakistan in 1990 over its nuclear program.

Mr. Thomas Houlahan, a Washington DC-based expert on Pakistani military issues, accused her in 2008 of conducting ‘bunker diplomacy’—that is, conducting United States diplomacy with Pakistan from the barricaded and isolated confines of her office inside a heavily fortified embassy building which in turn is located inside the isolated Diplomatic Enclave in an outer tip of Pakistan’s federal capital.

Her reports back to Washington are misleading, explained Mr. Houlahan, because she doesn’t really know what Pakistanis are thinking.

For information, Washington’s diplomats in Pakistan have been relying on two things: a pro-US government whose principals owe their power to a deal brokered and guaranteed by the US, and a list of proverbial ‘good guys’ that Ms. Patterson’s Embassy recruited from the media, including retired diplomats, military officers and academia, who could take America’s case to the Pakistani public opinion.

Failing to see that Pakistanis were asking for respect and not confrontation, she shot alarming reports back to Washington warning of an organized campaign in Pakistani media to assail US reputation.

Getting their cue from Ms. Patterson’s reporting, US government’s spin masters countered by launching an organized campaign within the US media and worldwide, accusing Pakistan of ‘anti-Americanism’.  The accusation was expanded to include harassment of US diplomats and non-issuance of visas to them. Obviously, Ms. Patterson failed to tell people back in Washington that CIA and other intelligence-related personnel where using diplomatic cover under her guidance to spy on Pakistan.

She also might have overlooked another small detail: the US ambassador in Pakistan is a potential suspect in a case of bribing a senior Interior Ministry official in order to get a cache of banned weapons into Pakistan without the knowledge of the country’s intelligence.

The alarm generated by Ms. Patterson and her team led US Secretary of State Hillary Clinton to rush to Pakistan in order to counter the Pakistani media, with carefully-orchestrated interviews and public appearances where Ms. Patterson did her best to keep Mrs. Clinton away from the ‘bad guys’. She ensured that her boss never met those commentators and media people who could provide the harsh, but legitimate, viewpoint.

This misrepresentation on the part of Ms. Patterson led someone no less than US Secretary of Defense Robert Gates to land in Pakistan making a highly inappropriate statement, where he accused legitimate critics of US policy toward Pakistan of orchestrating an ‘an organized propaganda campaign’.  He probably had no idea that legitimate criticism of policy by Pakistanis claiming they want US not to ignore Pakistani interests did not qualify to be described as ‘an organized propaganda campaign’.

[There are indications that some Pakistanis in Mr. Zardari’s government, and not just Ms. Patterson, helped create this misperception in Washington. Topping the list of Pakistani suspects is Mr. Husain Haqqani, Pakistan’s envoy in Washington, a key aide to Mr. Zardari and recently the wizard behind Mr. Zardari’s media outreach campaign. Mr. Haqqani has been quite active behind the scenes in mounting a counterattack on the critics of Mr. Zardari and the critics of US in Pakistan. Recently, large numbers of Pakistani legislators have publicly accused Mr. Haqqani of misusing his official position to poison American perceptions of Pakistan’s military and intelligence.]

So, in essence, Ms. Patterson squandered two great opportunities – the visits of Mrs. Clinton and Mr. Gates – to address the concerns of the harshest critics in the Pakistani media. Due to Ms. Patterson’s failure, it fell to the Pakistani military to discuss those concerns with counterparts in the US military and use that channel to convey Pakistan’s legitimate concerns about how the US was ignoring Pakistani strategic interests in the region.

What Ms. Patterson should have helped resolve in the civilian arena was actually tackled, and somewhat resolved, in the military arena. But the damage is done. United States’ combative ambassador in Islamabad has left a permanent scar in the media record of the two countries, with silly accusations of anti-Americanism and harassment of diplomats.

Last year she fired a secret letter to a newspaper to silence Dr. Shireen Mazari, a defense expert and Columbia graduate, leading to a public spat that gave the impression the US ambassador was out to force newspapers to fire critics of US.