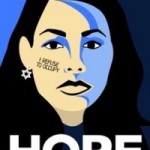 Human beings make peace through direct action of recognizing shared humanity. ‘Verbal terrorism?’ Sure, militarists won’t like it. But America should be funding Villages Group. When people demand peace in sufficient numbers, governments have no choice but to follow.

by Carol Sanders — With all the bad news about the fierce apparatus of “Separation” in the West Bank, it is inspiring to learn  about the work of the Villages Group–a small group of Israelis who have regularly traveled to cut-off villages in the West Bank  since 2002.  With their Palestinian partners, they seek to renew direct interaction between the two peoples, with frequent, open, and mutually respectful contact.

Recently the group visited the  Beduin village of Umm Daraj in the Judean desert, where a woman named Huda has managed to keep a preschool running with –almost no facility and no budget.
—
About Villages Group:

We started as a group of Israeli individuals who, since 2002, have maintained daily contact with residents of two villages in the Nablus area: Salem and Deir El Hatab. We have provided support to help them sustain and develop their communities under extremely difficult physical and emotional conditions. To date, we are not a formal organization but rather as an alliance of individuals who feel that the situation calls us to action. We do not operate under any banner or ideology, nor do we wage organized advocacy campaigns. Rather than confront settlers or soldiers (where we are less effective), we choose instead to work where we can be most effective: in the human sphere.

As a result of on-going visits to the villages over the last four years, our contacts have evolved into partnerships with mutual responsibility and dedication. We now consider ourselves one group with both Palestinians and Israelis partners.

Our country’s reality is that of two national groups – the Palestinian and the Jewish-Israeli – who share the same geographic space and are engaged in a long-term conflict. In such a reality, the possibility of progress towards normal human and political relations between Palestinians and Israelis as individuals and groups depends – to our understanding – upon two complementary processes.

One process is (supposed to be) carried out by the political leaderships of the two groups. Some day, they will hopefully set up an agenda aimed at achieving stable agreements that would eventually lead towards normal relations between the two nations’ political entities. The second process is composed of daily interactions, which keep occurring all the time between us, individuals of the two warring groups. Since we live next to each other in the same country, such an interaction is inevitable, whether via economic activity, via the use of the same shared resources and services, or simply via basic mutual human relationships. The reality of ongoing conflict between our two national communities, presents to each and every one of us the daily dilemma: how far do we let the national hostility disrupt our joint material and human interest in maintaining work, trade, cultural and friendship relationships between us. For such relationships to be normal, of course, they must be based upon fairness and mutual respect.

These two processes, the top-down political process and the bottom-up grassroots process, affect each other for better or worse. Any political improvement would doubtlessly greatly enhance the possibility of normal daily relations between individuals. Conversely, a significant and consistent improvement in relations between individuals and grassroots groups in human, cultural and economic relations can send a strong signal and incentive to the political leaderships, encouraging them to proceed towards a comprehensive settlement.

While the responsibility for the top-down political process clearly rests with the formal leaderships, the responsibility for the little-noticed bottom-up process is placed upon the shoulders of each and every one of us, Palestinian and Israeli, at any given moment. This activity, whether or not it is perceived as political, gives clear priority to individual lives and local issues.

Therefore, our Villages Group aims its activity to improve awareness and familiarity between Palestinians and Israelis, and to deepen the human relationships between them. Our working assumption is that patiently creating and maintaining an infrastructure for such relationships on the local and personal level, is essential for the possibility of peace between the two nations, especially in the present, when peace seems so far away.