AUSTIN, Texas – The daughter of a man who crashed his small plane into an Internal Revenue Service building called her father a hero for his anti-government views but said his actions, which killed a tax service employee, were “inappropriate.”

Joe Stack’s adult daughter, Samantha Bell, spoke to ABC’s “Good Morning America” from her home in Norway. Asked during a phone interview broadcast Monday if she considered her father a hero, she said: “Yes. Because now maybe people will listen.”

Authorities say Stack, 53, targeted the IRS office building in Austin last week, killing employee Vernon Hunter and himself, after posting a ranting manifesto against the agency and the government. He apparently set fire to his home before flying his plane into the office building.

Bell said she offered her deepest condolences to Hunter’s family. She said her father’s last actions were wrong.

“But if nobody comes out and speaks up on behalf of injustice, then nothing will ever be accomplished,” she told ABC. “But I do not agree with his last action with what he did. But I do agree about the government.” 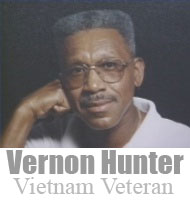 Victim’s son is alarmed
Hunter’s son, Ken Hunter, said he was alarmed by comments that called the pilot a hero. He said that if Stack had come in and talked to his father, he would have done his best to help.

Ken Hunter said his dad would likely have tried to save his co-workers from the burning building before escaping himself.

“He was full of life. Probably the best teacher I had in my life,” Ken Hunter said. The elder Hunter had been missing and presumed dead since Thursday, when Stack slammed his plane into the Austin building where Hunter worked as a manager for the IRS.

The crash caused a large fireball that destroyed much of the hulking glass building where Hunter’s wife, Valerie, also worked as an IRS employee. She was not wounded.

Stack apparently targeted the lower floors of the building that houses IRS offices after lashing out at the agency in a ranting manifesto posted on a Web site shortly before Thursday’s attack. In the note, Stack claimed the government and the its tax code robbed him of his savings and ruined his career.

Standing outside Hunter’s house in the Austin suburb of Cedar Park, Ken Hunter said he wanted to tell people about his father after hearing about Stack’s life and his anti-tax crusade. He was alarmed by comments from Stack’s friends who said he was a good person and Internet postings calling the pilot a hero.

“People say (Stack) is a patriot. What’s he a patriot for? He hasn’t served the country. My dad did two tours of Vietnam and this guy is going to be a patriot and no one is going to say that about my dad? That’s what got me started talking. I couldn’t stand it anymore,” Ken Hunter said.

‘The only answer’
In the note, Stack wrote that he realized “violence not only is the answer, it is the only answer.” He apparently set fire to his home before taking off Thursday from an airport 30 miles north of the Texas capital. His current wife and her daughter were not at home at the time.

Austin Police Chief Art Acevedo said his wife, Sheryl Stack, and her daughter had left the couple’s home Wednesday night and stayed at a hotel but would not elaborate. Acevedo said police had no reports of domestic violence at the home.

Stack’s daughter from his first marriage, Samantha Dawn Bell, said the Web manifesto didn’t sound like the father she knew.

“It’s not him. The letter itself sounds like it’s coming from a different person,” she said in an interview from her home in Norway.