Home Government Avnery: No Nation Can Ignore Opinion of Mankind 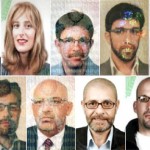 FROM TIME to time I ask myself: what would happen if the world’s governments decided to abolish all their spy agencies simultaneously?

True, it would be a great blow to the authors and movie producers who make their living from secret service stories. Their products would lose their appeal.

It would be a disaster for the huge army of fans which gobbles up spy adventures, the enthusiastic consumers of books and movies about superhuman heroes like James Bond and super-devious geniuses like John La Carre’s Smiley.

But what would be the real damage if Washington stopped spying on Moscow and Moscow stopped spying on Washington, and both on Beijing? The result would be a draw. Immense sums of money would be saved, since a large part of the efforts of every spy agency is devoted to obstructing the intrigues of the competition. How many diseases could be overcome? How many hungry people fed, how many illiterates taught to read and write?

The popular books and movies celebrate the imaginary successes of the intelligence agencies. Reality is much more prosaic, and it is replete with real failures.

THE TWO classic intelligence disasters occurred during World War II. In both, the intelligence agencies either provided their political bosses with faulty assessments, or the leaders ignored their accurate assessments. As far as the results are concerned, both amount to the same.

Comrade Stalin was totally surprised by the German invasion of the Soviet Union, even though the Germans needed months to assemble their huge invasion force. President Roosevelt was totally surprised by the Japanese attack on Pearl Harbor, even though the bulk of the Japanese Navy took part in it. The failures were so fantastic, that spy aficionados had to resort to conspiracy theories to explain them. One such theory says that Stalin deliberately ignored the warnings because he intended to surprise Hitler with an attack of his own. Another theory asserts that Roosevelt practically “invited” the Japanese to attack because he was in need of a pretext to push the US into an unpopular war.

AH, OUR people say, that’s what’s happening among the Goyim. Not here. Our intelligence community is like no other. The Jewish brain has invented the Mossad, which knows everything and is capable of everything. (Mossad – “institute” – is short for the “Institute for Intelligence and Special Operations”.)

Really? At the outbreak of the 1948 war, all the chiefs of our intelligence community unanimously advised David Ben-Gurion that the armies of the Arab states would not intervene. (Fortunately, Ben-Gurion rejected their assessment.) In May 1967, our entire intelligence community was totally surprised by the concentration of the Egyptian army in Sinai, the step that led to the Six-Day war. (Our intelligence chiefs were convinced that the bulk of the Egyptian army was busy in Yemen, where a civil war was raging.) The Egyptian-Syrian attack on Yom Kippur, 1973, completely surprised our intelligence services, even though heaps of advance warnings were available.

The list is long and inglorious. But in one field, so they say, our Mossad performs like no other: assassinations. (Sorry, “eliminations”.)

STEVEN SPIELBERG’S movie “Munich” describes the assassination (“elimination”) of PLO officials after the massacre of the athletes at the Olympic Games. As a masterpiece of kitsch it can be compared only to the movie “Exodus”, based on Leon Uris’ kitschy book.

After the massacre (the main responsibility for which falls on the incompetent and irresponsible Bavarian police), the Mossad, on the orders of Golda Meir, killed seven PLO officials, much to the joy of the revenge-thirsty Israeli public. Almost all the victims were PLO diplomats, the civilian representatives of the organization in European capitals, who had no direct connection with violent operations. Their activities were public, they worked in regular offices and lived with their families in residential buildings. They were static targets – like the ducks in a shooting gallery.

In one of the actions – which resembled the latest affair – a Moroccan waiter was assassinated by mistake in the Norwegian town of Lillehammer. The Mossad mistook him for Ali Hassan Salameh, a senior Fatah officer who served as contact with the CIA. The Mossad agents, including a glamorous blonde (there is always a glamorous blonde) were identified, arrested and sentenced to long prison terms (but released very soon). The real Salameh was “eliminated” later on.

In 1988, five years before the Oslo agreement, Abu Jihad (Khalil al-Wazir), the No. 2 in Fatah, was assassinated in Tunis before the eyes of his wife and children. Had he not been killed, he would probably be serving today as the President of the Palestinian Authority instead of Abu Mazen (Mahmoud Abbas). He would have enjoyed the same kind of standing among his people as did Yasser Arafat – who was, most likely, killed by a poison that leaves no traces.

The fiasco that most resembles the latest action was the Mossad’s attempt on the life of Khalid Mishal, a senior Hamas leader, on orders of Prime Minister Binyamin Netanyahu. The Mossad agents ambushed him on a main street of Amman and sprayed a nerve toxin in his ear – that was about to kill him without leaving traces. They were caught on the spot. King Hussein, the Israeli government’s main ally in the Arab world, was livid and delivered a furious ultimatum: either Israel would immediately provide the antidote to the poison and save Mishal’s life, or the Mossad agents would be hanged. Netanyahu, as usual, caved in, Mishal was saved and the Israeli government, as a bonus, released Sheik Ahmed Yassin, the main Hamas leader, from prison. He was “eliminated” by a hellfire missile later on.

DURING THE last weeks, a deluge of words has been poured on the assassination in Dubai of Mahmoud al-Mabhouh, another senior Hamas officer.

Israelis agreed from the first moment that this was a job of the Mossad. What capabilities! What talent! How did they know, long in advance, when the man would go to Dubai, what flight he would take, in what hotel he would stay! What precise planning!

The “military correspondents” and “Arab affairs correspondents” on screen were radiant. Their faces said: oh, oh, oh, if the material were not embargoed…If I could only tell you what I know…I can tell you only that the Mossad has proved again that its long arm can reach anywhere! Live in fear, oh enemies of Israel!

When the problems started to become apparent, and the photos of the assassins appeared on TV all over the world, the enthusiasm cooled, but only slightly. An old and proven Israeli method was brought into play: to take some marginal detail and discuss it passionately, ignoring the main issue. Concentrate on one particular tree and divert attention from the forest.

Really, why did the agents use the names of actual people who live in Israel and have dual nationality? Why, of all possible passports, did they use those of friendly countries? How could they be sure that the owners of these passports would not travel abroad at the critical time?

Moreover, were they not aware that Dubai was full of cameras that record every movement? Did they not foresee that the local police would produce films of the assassination in almost all its details?

But this did not arouse too much excitement in Israel. Everybody understood that the British and the Irish were obliged, pro forma, to protest, but that this was nothing but going through the motions. Behind the scenes, there are intimate connections between the Mossad and the other intelligence agencies. After some weeks, everything will be forgotten. That’s how it worked in Norway after Lillehammer, that’s how it worked in Jordan after the Mishal affair. They will protest, rebuke, and that’s that. So what is the problem?

THE PROBLEM is that the Mossad in Israel acts like an independent fiefdom that ignores the vital long-term political and strategic interests of Israel, enjoying the automatic backing of an irresponsible prime minister. It is, as the English expression goes, a “loose cannon” – the cannon of a ship of yore which has broken free of its mountings and is rolling around the deck, crushing to death any unfortunate sailor who happens to get in its way.

From the strategic point of view, the Dubai operation causes heavy damage to the government’s policy, which defines Iran’s putative nuclear bomb as an existential threat to Israel. The campaign against Iran helps it to divert the world’s attention from the ongoing occupation and settlement, and induces the US, Europe and other countries to dance to its tune.

Barack Obama is in the process of trying to set up a world-wide coalition for imposing “debilitating sanctions” on Iran. The Israeli government serves him – willingly – as a growling dog. He tells the Iranians: The Israelis are crazy. They may attack you at any moment. I am restraining them with great difficulty. But if you don’t do what I tell you, I shall let go of the leash and may Allah have mercy on your soul!

Dubai, a Gulf country facing Iran, is an important component of this coalition. It is an ally of Israel, much like Egypt and Jordan. And here comes the same Israeli government and embarrasses it, humiliates it, arousing among the Arab masses the suspicion that Dubai is collaborating with the Mossad.

In the past we have embarrassed Norway, then we infuriated Jordan, now we humiliate Dubai. Is that wise?  Ask Meir Dagan, who Netanyahu has just granted an almost unprecedented eighth year in office as chief of the Mossad.

PERHAPS THE impact of the operation on Israel standing in the world is even more significant.

Once upon a time it was possible to belittle this aspect. Let the Goyim say what they want. But since the Molten Lead operation, Israel has become more conscious of its far-reaching implications. The verdict of Judge Goldstone, the echoes of the antics of Avigdor Lieberman, the growing world-wide campaign for boycotting Israel – all these tend to suggest that Thomas Jefferson was not talking through his hat when he said that no nation can afford to ignore the opinion of mankind.

The Dubai affair is reinforcing the image of Israel as a bully state, a rogue nation that treats world public opinion with contempt, a country that conducts gang warfare, that sends mafia-like death squads abroad, a pariah nation to be avoided by right-minded people.

Uri Avnery is an Israeli writer and peace activist with Gush Shalom. He is a contributor to CounterPunch’s book The Politics of Anti-Semitism.