Home Veterans Nurses in Vietnam: They Served Too

This is based on a true story happening to me in the summer of 75′. 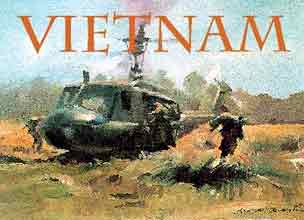 I had hired on with the Donner – Hanna Coke Corporation as Director of Security, my job was to protect a Coke Manufacturing plant. My security officers were well trained in weapons, certified first aid, trained Emergency Medical Technicians, and Firemen.

In 1975, a few years after my service in Vietnam. I received a call one afternoon from one of my company employees saying he had chest pains. He said he was feeling very ill. I and my partner Phillip Taylor, went to the site in the plant, and took him to the hospital in our company ambulance.

A nurse met us at the Emergency room door of Erie County Medical Center and took us immediately into the ER. Over the next couple of hours, the employee was examined by a doctor, given nitro medication, x-ray, and blood tests. A nurse said,

I would of left but my partner decided to take another nurse he knew to the cafeteria for coffee, so I was stuck there till he got back. The Nurse I was speaking too, named Joan, must have noticed I had pipe smoking stuff in my shirt pocket and said I need a smoke.

“ You want to go outside with me and have a smoke?”

So we went out on a private patio like area reserved for doctors and nurses. We introduced ourselves, her name being Joan, as she pulled a smoke out, and I lit her cigarette, and later my pipe.

As we were smoking and speaking small talk for a few minutes, our conversation was interrupted, when I noticed a Life Flight helicopter approaching from a distance, bringing a critical emergency patient. We both stopped speaking, as the chopper got closer, and started it’s approach to land on the Hospital roof. I noticed Joan smoking like she was in a hurry, then lighting another smoke, becoming very fidgety and agitated. As the chopper settled onto the helipad, on the roof over our heads, I noticed a haze coming over her eyes.

As I stepped around in front of her to see better I recognized the look as the “1000 yard stare”. I had seen “the stare” many times, in Viet Nam, and in other veteran‘s eyes.

After about 5 seconds she noticed me staring. She was embarrassed and started to apologize.

“Is it that noticeable?” She asked.

Joan smiled at me, relaxed, leaned against the wall, pulled another smoke out, and I lit it for her as she spoke,

“ I was in Viet Nam in Pleiku. My first part of my tour was at a hospital, in 1967 and 1968. I had done time on the hospital ship USS Good Hope and also time in the Navy hospital in Da Nang. I saw and treated so many maimed bodies and dying soldiers, and it had really gotten to me! I still have nightmares, and flashbacks. The helicopters arriving at the hospitals, the noise of the rotors always preceded the carnage. So now when I am working here, the wop – wop of the blades of the Life Flight helicopter (vintage UH1E, Hueys) at close range always brings back those memories!”

“I know, I have the same memories. Some shrinks call it flashbacks“

“When I got back home“, She confessed, “I didn’t want to do nursing anymore, but my priest talked me back into doing it, and now even though it’s difficult at times, I am glad I did.”

After all these years, I don’t even remember what Joan the nurse looks like but the point of this story is “They served too”. Lets us not forget those wonderful women who done their time in Vietnam. Many a soldier who lay dying, the smile of a combat nurse, the caress of a warm hand, a touch on the cheek or some kind words may have been the last thing they remembered.