Home Government The U. S. Needs a Broad-Based Peace Movement 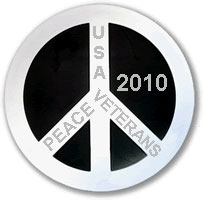 There has to be a better way to stop wars and reduce military spending. Polls show U.S. voters at worst divided on current wars and more often show majority opposition to them.

When Congress “debates” war the widespread view of Americans is muffled, not usually heard. Some organizers in the Peace Movement promote a more effective way to end wars of aggression and bloated offense budgets by reaching out to fiscal conservatives on foreign policy views we have in common. This is a sign that the fiscal costs of the wars on our U.S. economy are hitting home.

As readers will see there are unique differences in political views of people in this effort mostly on domestic issues but one thing these fiscal conservatives have in common with the Peace movement, “opposition to the bloated U.S. military and American Empire.” 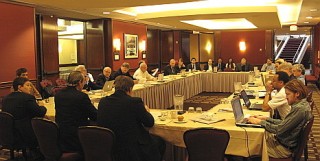 Last weekend, Voters for Peace sponsored a meeting of 40 people from across the political spectrum who oppose war and Empire. The people attending see the U.S. military as too big and too expensive and recognize spending $1 million to keep a soldier in Afghanistan for one year is a symptom of mistaken militarism that weakens U.S. economic and national security.

The purpose of the meeting of about 40 people was to determine whether it was possible for people who disagree on a wide range of issues but oppose militarism can work together to end war. The signs are very positive that such a working relationship is possible and desirable.

The conversation began with discussions of the history of anti-war advocacy in the United States and what we can learn from it. One point repeatedly made by people on the left and right was that historically there have been conservatives who opposed war and empire.

Today those voices are heard in a whisper, if at all. Before the Spanish American War, World War I and World War II, strong opposition to foreign intervention not only came from progressives but also from traditional conservatives rooted in the recommendation of George Washington’s farewell address – ‘avoid foreign entanglements.’ How can we re-awaken that common sense conservatism and forge a broad based anti-war movement?

Those who represent red or blue congressional districts [come November 2010] need to know that they have constituents from across the political spectrum who vote and who oppose U.S. militarism. Conservatives who question the current wars and the overly generous military budget need to know they are not alone and there is a long history of anti-war conservatism.

This week the U.S. had its 1,000th service member die in Afghanistan. Earlier in the week, two dozen more civilians were killed when the U.S. ordered aerial bombardment of three buses. The devastation caused by American militarism is shown in these stark realities. The issues of weapons and war are so serious that we need to put aside other differences and create a broad-based coalition that pulls in Americans from across the political spectrum.

What would a broad based anti-war movement look like?

Some of the conservatives in the room warned against this 21st Century movement looking like the anti-Vietnam war protests of the 60s. Many on the left and right acknowledged that the mass weekend protests against Iraq were large in size but ineffective in result.

Kevin Zeese,  executive director of Voters for Peace, personally found the concept of American Empire of interest. Americans never hear discussed in the media whether or not our country is an Empire. And, if we were to have such a discussion the critical questions would be is Empire good for us, for our national security, for our economy, for our democracy?

Having those questions debated would be a breakthrough in political dialogue.

It is hard to deny the American Empire. 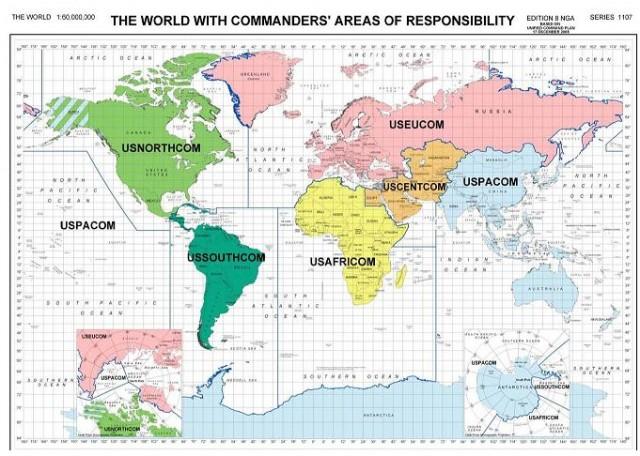 The U.S. has more than 2,500,000 DoD personnel deployed across the planet and 761 military bases on foreign soil not counting more than 100 in Iraq and more than 400 American and NATO bases in Afghanistan. U.S. troops are now stationed in 148 countries and 11 territories according to DoD’s “Active Duty Military Personnel Strengths by Regional Area and Country.” America has spawned a military network larger than the Roman Empire, which at its height had 37 major military bases, and the British Empire which had 36. More bases are planned; billions spent building bases in far off lands while large swaths of American cities degrade into impoverished zones and the infrastructure of the nation crumbles.

When the Cold War ended, rather than reducing troops in Germany, Japan, Korea, Italy, the Philippines, and so many other nations; ending the NATO alliance which was designed to combat the now non-existent Soviet Union; and shrinking the weapons and war budget, the U.S. decided to seek to become the sole superpower on Earth. U.S. military spending is now as much as the whole world combined. The U.S. Navy exceeds in firepower the next 13 navies combined. When all the budgets are accounted for – the Pentagon, the wars, the 16 intelligence agencies, the super-sized embassies – total Empire spending is more than $1 trillion annually.

VT Editors Note: it is this fiscal awakening that I believe is going to bring fiscal conservatives with no vested interest in the defense industry and liberals together politically come 2010 and most likely 2012.

The American Empire has deep roots.

General Smedley Butler, the most decorated Marine in history joined the Marines in 1898 and served 34 years in China, Nicaragua, Haiti, Cuba, Mexico and other nations as part of the early American Empire. When Butler retired and thought about his career he described himself as a “racketeer” for U.S. business interests around the world and said “war is a racket.”

Why does mainstream media remain mum on the American Empire?

This massive Empire is not discussed. It is the elephant in the living room of American foreign policy. And, the entrenched military-industrial complex that President Eisenhower warned us about in 1961 is now so powerful that cutting the military budget is off the table in Washington, DC – despite cost over-runs of hundreds of billions in weapons contracts, the GAO consistently describing the Pentagon as un-auditable and budgets filled with waste, fraud and abuse. The war budget grows and grows despite a fragile if not collapsing economy at home.

After a long day of discussion it became evident that people from across the political spectrum, despite differences on other issues, could in fact work together to challenge American militarism.

Some in the room who had been working on these issues for forty years thought such a coalition was decades past due. Some of the students in attendance had their eyes opened to the history of traditional conservative anti-war efforts as in their lifetimes it had not been heard from.

In discussing this publicly, so far I have only heard from one person on “the left” who opposes it. He was a co-founder of Progressives for Obama and he lumps everyone on the conservative side into what he calls “racist populism.”

The Challenges to a Coalition are both Conservatives and opposition to unity from the Left: Too many liberals are unwilling to stop their support for the Democrats and Obama.

Such broad stroke descriptions of people as “racist populism.”are prima facie evidence of prejudice and certainly not consistent with people I have met from across the spectrum. But, this sort of opposition shows the challenge on “the left” – too many are unwilling to stop their support for the Democrats and Obama.

The challenge on the right is also difficult.

The Neocons have taken over almost all significant conservative organizations. How can we attract traditional conservatives [by this meaning not extremists] to anti-war advocacy?

The day after the conference, the surprise land slide victory of the anti-war conservative, Ron Paul, at the Conservative Political Action Conference (CPAC)  convention gave hope that there were more right wing peaceniks than we may have imagined.

While our task is urgent – something which the 1000th death of a U.S. soldier in Afghanistan and the weekend’s killing of two dozen more civilians in an aerial attack brings home – our job is immense.

Undoing a century old Empire that is larger than any that ever existed is no easy task, but for citizen patriots it is an essential one for the survival of the nation and the benefit of the world.

We seek to create anti-war advocacy that reflects America – its wide range of political views and its widespread opposition to war. Currently, those views are excluded from the political discussion. We aim to change that: http://votersforpeace.us/press/index.php?itemid=4048

You can see an article about our coalition here: http://votersforpeace.us/press/index.php?itemid=404

To join our efforts sign the Voters Pledge at www.VotersForPeace.US and get involved.

Kevin Zeese is executive director of Voters for Peace.