Thank you to the writer, Ashley Studley, for her work on this. People have been e-mailing and asking about this for some time.

Soldiers trained at Gagetown may have been exposed to Agent Orange
By Ashley Studley/Daily News staff
The MetroWest Daily News
Posted Feb 14, 2010 @ 12:01 AM
FRAMINGHAM [MASS] —A Framingham veteran says many Massachusetts National Guard soldiers – and others from New England – may have been exposed to dangerous levels of Agent Orange defoliant if they trained at a military base in New Brunswick.

Richard Pelletier, a service officer for the American Legion, says the Canadian and American governments are responsible for spraying toxic defoliants Agents Orange, White and Purple over Canadian Forces Base Gagetown, New Brunswick, and possibly exposing guardsmen and Reservists from Massachusetts, Maine, Rhode Island, New Hampshire and Vermont to the toxins. 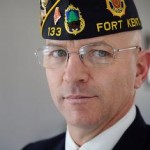 -Richard Pelletier Jr. of Framingham is campaigning on behalf of Army National Guard veterans who may haven been exposed to a defoliant while training at a base in Canada. According to Pelletier, Agent Orange/Purple/White was used at the base until the early 1980’s.

Agent Orange gained prominence after American and Vietnamese soldiers and civilians developed illnesses attributed to large quantities of the defoliant sprayed from the air over jungles in Vietnam.

Pelletier is trying to sound an alarm about what he sees as a similar problem, even closer to home.

‘People are dying and getting cancers, and some still don’t know about (the chemicals) until this day,’ Pelletier said.

Originally of Madawaska, Maine, a town that borders Canada, Pelletier is a former Marine and member of the National Guard. He said he caught a Canadian newscast one night in 2005 revealing Canada’s use of Agents Orange, White and Purple from 1956 to 1984 over the camp in Gagetown.
He said the newscast said information revealed the U.S. had also sprayed 439 liters of Agent Orange from airplanes over about 80 acres over a period of seven days sometime in 1966 and 1967.

The morning after the newscast, Pelletier notified the American Legion and other veteran service agencies. Then he reached out to U.S. senators Susan Collins and Olympia Snowe, both Maine Republicans, and U.S. Reps. Michael Michaud and Tom Allen, two Maine Democrats.

‘I was enraged they would send us over there and not tell us (about the spray), and keep it a secret,’ Pelletier said. ‘I felt like we were betrayed, and we were.’

On March 2, 2006, Maine National Guard Adjutant Maj. Gen. John W. Libby and Director of Maine’s Veteran’s Services Peter W. Ogden issued an update on the use of Agent Orange and Purple in Gagetown.

‘In June of 2005, the Canadian Department of National Defense (DND) announced that for three days in June 1966 (14-16) and four days in June 1967 (21-24), testing of various defoliants, including Agent Orange and Agent Purple, took place over a limited portion of the Canadian Force Base (CFB) Gagetown, New Brunswick,’ the report said.

The report said the Maine National Guard began training there in 1971 and invited veterans who were on the base between 1966 and 1967 to register for an Agent Orange examination.

A couple weeks later, Pelletier was issued an award from Maine state officials recognizing him for bringing the Gagetown issue to their attention.
He said claims from Maine veterans began pouring into the Legion office, which were sent down to the Board of Veterans Appeals in Washington, D.C.
Pelletier got married and moved to Framingham the following year, and had faith the Maine government would follow up and compensate its sick guardsmen.

Five years later and still without any new developments, Pelletier has only grown agitated.
‘I’ve been waiting on the congressional delegation to do their job, but they didn’t,’ he said.’They failed. It’s time to get the word out there.’
Since 2006, he and his supervisor Robert Owen, Department Service Officer for the Legion in Maine, have been working to raise awareness on the issue.

‘What we’re trying to do is get those people who did go to Gagetown to file a claim if they have one of the presumptive disabilities, ‘ Owen said. ‘The sad part is, a great many of them have passed on. They may have widows out there, and if we can swing it, they can get compensation. ‘
Although Maine officials only invited veterans who served or trained in Gagetown in 1966-67 to register, Pelletier wants anyone who served and might be suffering from the effects of Agent Orange to file a claim with the American Legion.

Conditions related to Agent Orange include prostate cancer, Hodgkin’s disease, respiratory cancers and Parkinson’s disease, among others.
A Canadian veteran of the Black Watch 2nd Battalion – a Royal Highland regiment that originated in Scotland – is suing the government for lung cancer he says he got from serving in Gagetown.

The veteran, Gary Goode, said he was diagnosed with lung cancer in 2005, and had his lung removed a month later.
He said he is one of approximately 3,000 members of a class action suit seeking compensation from the Canadian government for exposure to the defoliant.

Although he was given $20,000 through an ex gratia – a non-obligatory – payment from his government, he said Veterans Affairs Canada has not given him a pension.

‘By giving me that ($20,000, the government is) saying that `yes, there is a problem, and yes, these chemicals caused the disease and sickness’,’ he said.

He said a Department of Defence document titled ‘Overview of Herbicide Spray Programme 1956-1984’ acquired in 2005 through the Freedom to Information Act shows over one billion grams of the three chemical agents were sprayed over the Gagetown base.
‘I know and knew many vets who are sick, dying or dead because of Gagetown,’ Goode said.

As a member of the Maine National Guard, Pelletier trained in Gagetown for two weeks in 1981, but says he has not developed any chemical-related illnesses.

He asks any widow or veteran who served in Gagetown and has symptoms of conditions related to Agent Orange to contact the American Legion Boston Headquarters at 617-727-2966 and file a claim.

Contacted at the Massachusetts National Guard in Milford, Lt. Col. John McKenna said he didn’t know when the state started sending troops to Gagetown, but said the last troops to go went in 1988.

‘Elements of the 26th Yankee Division used to train in Gagetown, but the last time we have a record of anyone from Massachusetts training there is in 1988,’ McKenna said.

While Pelletier tries to find out which units trained in Gagetown and when, he is calling on elected officials throughout New England to investigate.

‘I know that we trained in Gagetown, but I don’t have any knowledge of this particular claim,’ Brown said. ‘I look forward to getting (the information) and seeing what I can do to answer his questions.’

Pelletier said if any sick veteran or widow needs help filing the claim, he can be contacted at [email protected] rcn.com.

‘I expect to win, for the truth to come out, and that people will get what they deserve,’ he said. ‘And we will punish whoever has been keeping this silent all these years.’