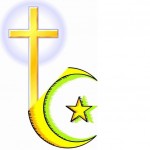 The Buzz Word of Interfaith Dialogue

Prime Minister Shaukat Aziz was lately in Davos. According to the implications of his own statement, he wanted to engage the chieftains of world politics and industry into a dialogue on the Western-generated perception of Islam as the religion of violence. How far he was successful in proving that Islamic terrorism is a fiction we do not know. Leaving aside the outcome, it was a noble objective and he should be applauded for his desire to create a peaceful world where each nation could live according to its own value system free from fear and insecurity. But laudable as it was, there is a little naiveté to it that unfortunately comes from the weakness of his basic premise predicated on certain presumptions. One, the world is rife with confrontation between Christianity and Islam; two, the West does not know about Islam and thus the moment we make them know, rising tempers will cool down to harmony; three, humans are rational – willing to understand and thrash out problems through patience and reason.

Unfortunately, none of the presumptions has a chance to turn into workable hypotheses for they are at odds with reality.

For any dialogue to succeed it is important that a genuine desire should prevail between the intending dialogists to listen and appreciate each other’s viewpoint. To our misfortune, this kind of mindset is non-existent because the principle of parity is missing in the situation. The West is on a surge of destruction while the Muslims suffer from the devastation of a calamity imposed on them. Whether we accept it or not being powerful and thus dominant, the West has no need for dialogue with the weak and the occupied. Power, as Henry Kissinger once said, is aphrodisiac. One may stretch the metaphor and say that virility impels the virile to ways of seduction, or even beating the reluctant into submission, control and gratification. The weak pleads for dialogue, the strong gives a shut-up call. The dialogue does not suit such a situation ruled by differentials and not symmetry.

Besides, interfaith dialogue labours under the impression that the West is ignorant about Islam and the moment Muslims engage it into a dialogue the misgivings would give way to harmony and embrace of friendship.

What adds irony to the West-Muslim relations is the discomforting fact that the West knows about Islam more than an average Muslim knows. During the past two hundred years of colonial domination, they have poured over the pages of the Qur’anic text and scrutinized the annals of Muslim history with the help of their academies of orientalism. They have also peeped into the Muslim makeup, its vitality and its weaknesses. In short, they know the Muslim psychology more than the Muslim rulers know about their people. To them, unless Muslims are torn from their grundschaft (Islam), the anger they have will not leave their bodies. Islam motivates them to action – to resist and fight foreign hegemony. Islam therefore has to be reviled, castigated, and painted in odious colours as enemy so that it could be wrenched from the soul of the vanquished.

Equally problematic is the assumption that as opposed to Islam – a living faith – there is Christianity to talk with, which is not true.  Undoubtedly, Christianity does exist – no sane person can deny its presence. To think, however, that Christianity is the sole occupant of the power seat in Washington or elsewhere and as such understanding between the two can ease the situation will be misreading the Muslim-Christian landscape. The West has a bias for Christianity but no love for it. In its temper, the West is anti-religion with secularism as its battle cry. Any belief that negates secularism is thus anti-West and has to be fought with. In their thought, Islam is against reason (whatever it may mean); Muslim are emotional and lack intelligence as well as the civilizational level to equalize with.

The Bush era has brought Christianity to White House impelling studies like Kevin Phillips’ American Theocracy, but other than retooling Christian faith to its geopolitical agenda, it has no genuine belief in Christianity, especially in the establishment and academia (exception allowed). The neoconservatives who call the shots in the Bush administration are making use of the Christian constituency and their beliefs in the end times, Armageddon, and coming of the Christ to fight satanic antichrist that would culminate in one-thousand-year reign of peace. The Bush administration by embracing such dispensationalist ideas, which serve its foreign policy goals of dominating the Middle East and adjoining oil-producing countries, has gone into a confrontational mould towards the Muslim world. Religion for them is a means to reinvent American imperialism and not a sustaining leitmotif. Interfaith dialogue in this context is not a dialogue between two faiths to find common grounds to stand together – it is not Christ in tandem with Muhammad (peace be on them); it is Caesar poised against Christ.  How can you engage such a mindset into a dialogue, is perhaps being ignored.

Worse is the presumption that humans are rational and could be persuaded to reason out differences. First humans are not rational in the theoretical sense: they are only rational in a limited sense to gratify their conveniences and to give gloss of plausibility to their prejudices and desires. Even at the idea level we find ideas rooted in emotions. Unless we succeed in separating ideas from emotions a wrong idea would stay clung to its emotional context and thus difficult to synthesize and coalesce into a productive format between two groups of human beings. Post 9/11 president Bush said it more than once that he was amazed why some Islamic countries hated America. “They hate our freedoms:  our freedom of religion, our freedom of speech, our freedom to vote and assemble and disagree with each other.” That it was said in his Congressional speech added solemnity to it. But it was funny. Patrick J. Buchanan, that noble Christian soul, describes such answers to 9/11 as insult even to “the intelligence of a second-grader.” More so, when such statements come from the highest office of the United States of America: it gives a dismal picture of the rational state of a civilization that Mr. Bush represents.

Besides, the West does not believe in dialogue when it comes to Muslims. They may dialogue with the people in the western hemisphere because of their many commonalities, interests, and strategic concerns but Muslims are the pariah who have to be intimidated, insulted, and isolated as they are their killing fields. Edwards Said, that great observant scholar of cultural imperialism, cites Richard Barnet’s The Roots of War and gives us a peep into the U.S. psyche and its reflection in its “hyper actionalism” (my words). Barnet says the U.S. interventionism across the world has “all the elements of a powerful imperial creed …: a sense of mission, historical necessity, and evangelical fervor” that drives it to lay rules for international conduct. Being above the international system, if there is any, the U.S. is the sole arbiter of right and wrong, combining in its imperial person the role of a prosecutor, witness and judge against humanity. Can you argue with the law-giver of that super standing? And even when it agrees to talk it sets the framework asking for answers. Often it is an accusation, for example, you are a terrorist; Islam is a religion of violence. The accusatory statements are framed in a language and wrapped in a tone that puts the accused into a defensive mould, forced to say what others want him to say. He becomes part of the U.S. engineered peace process on any condition, no matter how great the cost because he has to prove that Islam is another “Quaker religion” and that no matter the kind of situation he is faced with, he will never stand up for his right because he is a peace seeker.

The only hope is to believe that there is a Christianity that can be drawn into a dialogue by invoking the common Abrahamic tradition among the three faiths. I wish there is such Christianity, unsoiled by the company of the capitalist West, and willing to build bridges of understanding with the Muslim world. Unfortunately, the prospects here are not bright either. For example, as cited by Kevin Phillips’ American Theocracy, the “evangelicals have substituted Islam for the Soviet Union. The Muslims have become the modern-day equivalent of the Evil Empire.” Again with minds like these, where is the scope for a dialogue?

Mr. Aziz should know that dialogue was once a noble idea, it is now a cliché.