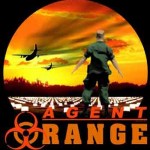 It appears that VA Secretary Eric Shinseki will not let Agent Orange victims fade away.

WASHINGTON — The Veterans Affairs Department plans to announce Tuesday that it will fully automate how it pays claims for illnesses related to exposure to the chemical Agent Orange to keep an overburdened system from collapse.

It is the VA’s first effort at automating claims processing in its 80-year history, VA chief technology officer Peter Levin said. It comes as the agency struggles to cut a backlog of more than 1 million disability claims, appeals and other cases.

The system “is likely to break” if nothing is done, Levin said.

“Look, the bottom line is why the hell they didn’t do [automation] 30 years ago,” said John Rowan, national president of Vietnam Veterans of America. “The question is whether they will do it right.”

VA Secretary Eric Shinseki took office last year and said no disability claim should take longer than four months to process. However, department records show that almost 40 percent take an average of 161 days to process, VA records show, and that will increase to 190 days without automation.

The increase is largely the result of Shinseki’s efforts to allow more Agent Orange disability claims.

The military used Agent Orange to defoliate plants and trees in which Vietnamese insurgents hid during the Vietnam War. It was later shown to cause cancer, birth defects and other ailments.

After years of debate and medical research, Veterans Affairs began compensating veterans for illnesses linked to Agent Orange with non-taxable, monthly payments to veterans. For those without dependents, the payments range from $123 to $2,673.

In October, Shinseki added three more illnesses to those linked to the herbicide: Parkinson’s disease, B-cell leukemia and heart disease. He told Congress this would generate 228,000 more claims in the next two years.

The automated claims system will apply only to veterans filing these new Agent Orange claims. If it works, the VA hopes to expand automated claims processing through the department, said Roger Baker, an assistant secretary for information and technology.

Shinseki said in a statement that veterans harmed during military service deserve the “best this nation has to offer.”

Agent Orange cases, however, may be a good place to start, Peake said. Once the information from a veteran’s discharge papers is entered into a computer, the VA can quickly verify service in Vietnam in many cases — a key factor in determining eligibility for Agent Orange benefits.