Home Veterans GORDON DUFF: TERRORISM AND THE FLEECING OF THE FAITHFUL 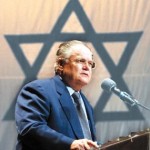 THE ABOMINATION OF “FAITH BASED ” WARFARE

The “war on terror” has been like no other.  America has kidnapped and tortured dozens, hundreds, even thousands of innocent civilians, bombed poor villages off the map and turned on its own citizens.  We hold mock trials, hire mercenaries and have covered up so many crimes, from rape to murder to massive corruption and even treason that we have become unrecognizable as the country we were even in 2000.  America moved from “faith based initiatives” as a way of expanding public charities to “faith based” foreign policy which has become the greatest tragedy in our history since the Civil War.

How did the “faithful,” our rural and southern Evangelical Christian community, long known to Americans as the most generous and kind of her people allow themselves to be led into the abyss of sin?  The answer is tied to belief, trust and vulnerability in an age where the science of psychology has created a massive industry using the tools of mass communication to vilify, deceive and debauch.  How can a community whose history is steeped in financing missions around the world, China, Africa, South America, building hospitals, schools, orphanages, training generations, building trade unions and developing democratic principles become an instrument of fear and hate?

It didn’t happen by accident, there was a plan, well conceived, well executed and driven by only one thing, something very close to the heart of Christ himself, money.  Christ knew about money and man’s love of it.  He spoke of that love often as Christians and Muslims both know very well, as Christ the savior and son of God to Christians is also one of the most important prophets of Islam.  What were the weaknesses in the Evangelical Christian community that allowed Christian Zionists, a fringe group with the “moral flexibility” to allow a culture of greed, sexual perversion and unrighteousness to lead the “flock” into what will prove inevitably to be a generation not unlike Benjamites, who embraced sin.

A LOOK AT OUR PAST

America has always had divisions.  The first settlers resented those who came after.  The North exerted financial control over the South leading to war, a war few knew had little to do with the issue of slavery but more economic exploitation to the point of colonialism.  There was strife between urban and rural populations and regular upheavals caused by periodic economic collapses driven by manipulations of hard currency vs paper.  Later, control of the nation’s new rail system subjected rural America, that and predatory banking practices, to an economic assault that brought on generations of poverty.

During the latter part of the 19th and early 20th century, the face of the nation changed drastically with massive immigration from Eastern and Southern Europe.  Jews and Catholics flooded into the United States, with them came political traditions inconsistent with American values.  Jews were often Socialists, vocal and radical proponents of economic equality thru the destruction of the “Robber Baron” system that had taken financial control of America.

Catholics were thought to be allied with a Church in Rome that taught that living in a democracy was a sin and that only nations with Kings were answerable to Rome.  Our history books have erased this and so much else.  That same fear was a major issue as late as 1960, when John F. Kennedy ran for president.  It was spoken of continually and was a critical apect of the campaign.

Two films, long forgotten, frame the concept of the “country hick” charlatan, the sociopathic manipulator, using charisma, charm and wile to enrich himself, even when it means disaster for those around him.  Burt Lancaster as Elmer Gantry and Andy Griffith in A Face in the Crowd are the films.  We have forgotten their lessons.  Every time I see or hear John Hagee, I think of Elmer Gantry.  Rural America is famous for its fear of outsiders, its trust, often blind trust of “its own,” a trust so often used with malevolence.  Hagee is an artist at this as have been so many behind him.  Hagee is different, though, he, unlike his predecessors like Gerald L. K. Smith who warned of Zionism and Israel as the downfall of America, has embraced Zionism and, in the process, grown rich and fat at their coffers.

Since the late 1870s, fear of Zionism, seen as a plot by Jews who controlled, and still do to a large extent, the world’s banking system, to destroy Christianity was a primary component of Evangelical Christianity.  Backed, in the 20th century by Henry Ford, John D. Rockefeller, Prescott Bush, George Herbert Walker, Thomas Edison, Charles Lindbergh and hundreds of other prominent Americans who openly advocated policies warning of the dangers of Zionism, spread even thru the Catholic community thru the broadcasts of Father Charles Coghlin, the “Rush Limbaugh” of his time, Evangelical Christianity held much different views than today.

As late as 1940, 80% of Evangelical Christians and over 50% of Americans, when polled, thought Hitler’s policies toward the Jews were justified.  However, a powerful German propaganda machine presented a much different view of the extent of persecution than we learned of later.  Most Americans, fearful of ” Zionism,” a concept held in wide disrepute as the antithesis of Christianity, supported Germany’s exclusionistic policies as consistent with their faith.

However, during this same period of strong feeling and political activism, much during the economic disaster of the Great Depression, faith healers, revivalists and “snake oil” preachers roamed the land, bilking trusting locals out of their savings, sexually abusing unsuspecting believers and creating a “softened” moral climate that opened the door for later transgressors like Jimmie Swaggart, Jim Bakker, Pat Robertson, Oral Roberts, Tom Delay, John Hagee and John Ashcroft.

FROM AMERICANISM TO ZIONISM AND THE “ROAD TO SIN”

The marriage of convenience called “neo-conservatism” that melded Zionism to Christian Evangelists and Catholic abortion foes out of a cynical desire for political power would never have been possible without the twisted theology of the “Apocalypse/Rapture cults” and the growth of their heresy.  Building off obscure scriptural references and wildly misconstrued interpretations, mythical religious cults sprung up, heavily backed by supporters of Israel and America’s media giants, now almost all under control of pro-Zionist elements.

With the initial stated goal as the protection of Israel, the program quickly became more than obvious.  America’s Evangelical Christian community had fallen into a trap and were now supporting war against the world’s Islamic community, openly supported suspension of Constitutional guarantees, backed pre-emptive aggressive war, torture and eventually found themselves supporting a corrupt administration widely discredited for lying to the public and sacrificing hundreds of thousands, even millions of lives for personal gain.

Duped by a combination of a radical and extremist government in Israel seemingly adhering to policies warned of over a century ago, a policy designed to bring about the downfall of the Christian West and short sighted political groups in the US bent on creating a neo-feudal oligarchy and defacto totalitarian state,  Christian Evangelists have been faced with seemingly endless series of betrayals, failures and deceptions.

Today we find ourselves embroiled in a decade long war in Afghanistan and a “victory” in Iraq quickly slipping between our fingers.  Without the willingness on the part of American Christians to both follow a path suggested as one meant to bring on global holocaust, a path based on heretical doctrine, and a desire for a return to a militaristic and expansionistic religious politic as that enacted by the Greco-Roman hierarchical church of the Middle Ages, the “flavor” of today’s “crusader” wars would be different.

Though an examination of the global economic and political ramifications of our current wars leads inexorably to the conclusion they are wars for profit, colonial expansion and control of resources, wars meant to destabilize the world economy and centralize power beyond unseen malevolent forces, we still send our children to fight under a rationale we know in our hearts to be false, killing for corruption, debasement of human values and domination by extremist forces and oligarchies.

THE MARRIAGE LEADING TO THE GATES OF HELL

When politics, Zionism and the defense and oil interests in the US combined with the unschooled religious community disaster was the only potential result.  With information management from a controlled press at levels never before seen in any modern nation joined with extremist religious doctrine tied to a mythic heresy of rapture and the apocalypse, the door was left open for forces of nearly demonic evil to exploit the flaws in man’s character exposed in this “marriage” of pure evil with fear and weakness.

Was it all planned, the economic collapse, the loss of faith, the feeling of exploitation and distrust?  Was the end goal always the humiliation of America’s Christian Evangelist community and the weakening of Americas moral base?  If so, was this done only for profit or some darker agenda?