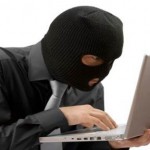 This article started out as a letter to Inspector General David C. Williams of the United States Postal Service. Then it occurred that the travesty of justice that’s described below is much too serious to be dealt with as a single incident. This is a growing and systemic issue that is so blatant and egregious that I’m sure the OIG is well aware of it. It is also an issue that is such a looming threat to the American people that I decided it needed to be dragged into the light of day.

I recently found out that a friend of mine was the victim of repeated instances of forced labor and time fraud committed by her manager in the U.S. Postal Service. When I first became aware of it I was shocked, but not alarmed. I thought I could simply contact the OIG’s office and have it, and the manager taken care of. I was certain that the OIG would be anxious to investigate the matter and get the offending culprit out of their midst. But to my amazement it not only took two reports, but over a month, before I was even contacted on the matter.

Then when I finally was contacted and explained to the OIG inspector, Special Agent Reid Robbins, that a postal manager, Marcie Luna, was forcing an employee to work between four and six hours a day without pay, and was committing fraud by falsifying a government document and changing the employee’s official rings to reflect a three (3) hour lunch that the employee wasn’t permitted to take, I was essentially met with a yawn.

“And who are you? How do you know this employee?” Then after we finally got past what felt like an interrogation to determine whether or not I had a right to NOT mind my own business, Agent Robbins went on to explain that the OIG’s office generally doesn’t investigate time issues – which was a blatant lie (they just don’t investigate it when the government is doing the stealing).

But after giving the matter further thought, I began to ask myself, “What kind of crime fighting organization doesn’t fight crime?” It is my understanding that the Postal Inspection Service investigate external crimes against the postal service, and the Office of Inspector General investigate internal crimes within the postal service. So if the OIG doesn’t investigate the intimidation and coercion necessary to force an employee to work six hours a day for free, or the falsification of documents necessary to steal an employee’s wages, the OIG must not consider employee abuse a crime.

So I attempted to contact Agent Robbins at the number he provided, but he failed to return my calls, even after six attempts. So I decided to leave a message on his voice mail asking him the following questions: 1) Whose office would handle the matter if the situation was reversed, and the employee worked only eight hours and falsified her time to be paid for twelve? 2). Whose office would handle the falsification of government documents? And finally, is he going to investigate the matter, and will anyone be held accountable for the commission of this crime?

I have yet to receive a response.

But it doesn’t stop there. The next day the employee involved called to advise me that Agent Robbins had contacted her. She went on to say that he seemed to be more interested in how she knew me than he was the crime that had been committed against her. She also said his tone was aggressive and intimidating, and he told her that when she accepted the job of acting supervisor, working overtime without pay came with the job – another blatant lie.

The National Association of Postal Supervisors advised me that a certified supervisor can be required to work a maximum of 30 minutes without pay (in emergencies), 204Bs (acting supervisors) who are covered under various craft employee contracts must be paid for every minute they work. We know this information to be accurate because if it wasn’t, it wouldn’t have been necessary for the manager to falsify government documents to achieve her objective, to rob the employee.

As a direct result, this highly productive employee who has held the same position for over twenty-one years – longer in the same position than any other supervisor, manager, or postmaster in the Los Angeles district – has been demoted by a manager who didn’t even entered the postal service until six years after the employee was a productive supervisor. And even worse, while the manager, Ms. Marcie Luna, who had recently been demoted from area manager herself, was informing the employee of her demotion, she allegedly commented to the employee, “I just want you to see how it feels when the postal service doesn’t appreciate all that you’ve done for them.”

What!!? Is this manager actually saying that she wants the employee to suffer because she feels that she’s suffered an injustice? How was the employee responsible for the manager’s demotion?

In the interest of full disclosure, I became personally (but objectively) involved in this matter because I know it to be particularly egregious based on my personal knowledge of the employee involved. It also speaks directly to an issue that I’ve been addressing in many columns and is of particular interest to me – the negative impact of America’s new business model on the middle class ( http://wattree.blogspot.com/2009/12/role-of-poor-minorities-and-middle.html). So while admittedly, I know the subject of this piece personally, the facts in this case alone clearly demonstrate the business community’s full-throated assault on the America middle class.

I became involved in this case when the employee, Ms. Joann Snow, was acting unusually depressed. I became immediately concerned because I’ve known her for over twenty-five years, and what makes her most unique WAS her bubbly, Life’s-a-bowl-of-cherries-type personality. Everybody loves her – especially in her workplace. Her superiors depended upon her because of her can-do, A type personality, and her subordinates would seek her out for council, knowing she could be depended upon to do the right thing (making sure they were properly paid, for example, or doing battle on their behalf with their immediate supervisors over injustices). In addition, she would donate her vacation leave every year to employees who became ill and ran out of sick leave, because she never found the time to take a vacation herself.

This woman was so highly depended upon by her superiors and dedicated to her job that for years she was working seven days a week just to cover their backs against any oversights. And since she had been in her current position for over twenty-one years – again, probably longer in one position than any other supervisor, manger or postmaster in the United States Postal Service’s Los Angeles district – when the administrators needed any kind of information, or any issue addressed, in many cases they wouldn’t bother with the station manager – those people would come and go – they’d wait until after 11:00 a.m. when Ms. Snow arrived so they could address the issue with her. At this writing she’s voluntarily postponed a long needed vacation in order to train her own replacement, so the postal service and the people they serve won’t be negatively impacted by her departure. My response to that was to ask her if she was insane – but then, she lives by a different code of moral responsibility than I do.

So I think that answers the question of why our government is so dysfunctional. It’s clear – because the wrong people are in positions of responsibility.

I write a political column for several publications across the country, including the Los Angeles Sentinel and the Black Star News in New York, two of the most prestigious publications serving the Black community in the country. I’m also a staff writer for Veterans Today, a publication whose reach spans the globe. VT will be particularly interested in this case, because not only does government corruption and the assault on the middle class have a negative impact on returning veterans, but Ms. Snow’s only son is a Master Sergeant in the United States Air Force. Thus, while he’s off defending this nation, his very own government is both robbing and abusing his single mother who he’s left behind at home.

So I intend to do my very best to put both the postal service, and the indifference of the OIG’s office, on severe blast across this country. I also intend to move hell and Earth to see to it that this issue ends up on President Obama’s desk. Because this is not representative of America. Both of these United States government agencies are guilty of reckless and unconscionable behavior. They are both also guilty of failing carrying out their respective mandates to protect the rights of the American people – especially our right not to be subjected to slave labor.

And let their be no doubt about it – this is not just an isolated attack against one postal employee. This is an institutional attack on the American middle class. And it is in direct response to a new business model brought on by a global economy, and the new world order. So if we fail to standup as a nation and fight back, it will eventially come knocking at all of our doors.

TO ALL POSTAL EMPLOYEES READING THIS ARTICLE
If you are aware of any instances of time fraud being committed by the postal service, please contact me at [email protected] Giving in to fear and intimidation is not an option, because it’s only going to get worse. It’s time to bring this institutionalized crime against workers and the middle class to an end. We must shine the light of day on this covert and increasingly routine business practice. You know it’s happening, and this is your chance to do something about it.