ALWAYS ASK: “WHO GAINS FROM THIS?

Every time there is a terrorist attack, the nations blamed say that it was a “false flag” operation. This is what America did to cover up My Lai. We were lying. Germans claimed Poland invaded Germany in 1939. An educated guess is that 75% of terrorist attacks we hear of were staged, never happened or were done by “radical groups” that were first infiltrated, then controlled and eventually financed and supplied by intelligence agencies. Intelligence agencies are, in actuality, the biggest terrorist organizations in the world. The CIA has blown up more buses, airplanes and markets than any almost anyone else. The Mossad may be number one, followed by, well, everyone, the RAW, ISI, MI-6, IRA and dozens of others.

Either directly or through idiots, clones (operatives using false identity to look like “terrorists”) or through simply doing it themselves, these groups promote national policy by destabilizing nations, swinging elections or defaming religious, national or political groups by staging attacks and using the press to place the blame. The popular video game Call of Duty Modern Warfare 2 even has a terrorist attack on a transportation center in Moscow built into it, a “false flag” attack. Today, the real thing happened.

FRANCESCO COSSIGA, FORMER PRIME MINISTER, PRESIDENT AND MINISTER OF THE INTERIOR OF ITALY SPILLS HIS GUTS

With communism threatening to overrun Europe, NATO set up terrorist groups under Operation Gladio (short sword) to act as guerrilla armies in case Europe was overrun. As this became less and less likely, intelligence services began using the terrorist groups meant to fight Russia to manipulate politics in Europe through terrorist acts, such as bombings. We wouldn’t know the details if Cossiga, one of the planners of Operation Gladio, hadn’t spilled his guts about this and other “false flag” operations in Europe and elsewhere. This is what Cassiga told Robert Maroni, Italian Minister of the Interior about methods employed to control civil protests in Italy:

“Maroni should do what I did when I was Minister of the Interior.

“Then, having won the sympathy of the public … the police should pitilessly beat the shit out of protesters and send them all to hospital. “

One of the operational leaders of Operation Gladio, representing NATO with the CIA, was Vincezo Vinciguerra who stated under oath:

“You had to attack civilians, the people, women, children, innocent people, unknown people far removed from any political game. The reason was quite simple. They were supposed to force these people, the Italian public, to turn to the state to ask for greater security. This is the political logic that lies behind all the massacres and the bombings which remain unpunished, because the state cannot convict itself or declare itself responsible for what happened.”

When the Italian parliament investigated, a number of allegations arose. It seemed that one of the Gladio operations was a train bombing in Bologna in 1980 which killed 85 people. This was supported by both physical evidence and significant testimony. It was also discovered that “Palestinian terrorists” operating in Europe including Abu Nidal were working for the CIA and Mossad. Investigations by the Italian parliament reported the following about Stefano delle Ciaie.

A neo-fascist group tied to extremist Masonic lodges in Italy had formed a political action cell called “P2.” Though none of this was reported in the US, this group, tied directly to NATO intelligence services was linked to terrorist acts throughout Europe and even in South America. The report reads as follows:

“In December 1985 magistrates in Bologna issued 16 arrest warrants, including at least three to P-2 members, accusing members of the Italian intelligence service SISMI of first planning and then covering up the Bologna bombing. One of these 16 was P-2’s leader Licio Gelli, who had spent most of the post-war years in Argentina. A small group of anarchists, penetrated by delle Chiaie’s man Mario Merlino, were blamed at first for the Piazza Fontana bombing, even though Sismi knew within six days that delle Chiaie was responsible, and Merlino had planted the bomb.” 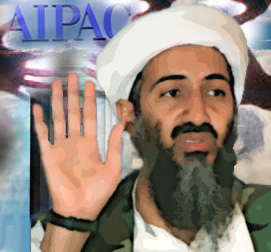 THE “BUZZ WORDS” OF MURDER

We now use terms like “Low Intensity Conflict” and “Surrogacy Warfare” to describe terrorism operated by governments against either foreign governments or, more often, their own people. Most “false flag” attacks are used to influence elections or to push through “Patriot Act” and “FISA” type legislation or to justify acts like the invasion of Iraq. Control of both the press and any potential investigation makes such operations a mainstream effort of national policy, so commonplace that those who work in intelligence or at the highest levels of law enforcement automatically write off major terrorism incidents as staged.

In Vietnam, Operation Phoenix was terrorism, meant to kill civilian “communists” including doctors, nurses, teachers and even religious leaders. We ran similar programs in Central America for years, killing thousands, nuns, reporters, union leaders and moderate politicians we were afraid would eventually join with communists. It was a horrible embarrassment to the CIA that the “communist dictatorship” in Nicaragua was voted out of office in an open election they sponsored. We had been running death squads throughout that country from our bases on Honduras for years.

Similar operations have been staged all over the world, from Chile to Korea to Indonesia, the Philippines and the United States. Half the bombings during the 60s and 70s were planned or influenced by “informants” or “agent provocateurs” as described by Cossiga. The massive infiltration of the militia movements of the 80s and 90s brings the Oklahoma City bombing into question.

EVERY DAY, ALL OVER THE WORLD

If a train or bus blows up in London, it is best to look at who is visiting, what political party is going to gain or what scandal needs to be pushed off the front page. In India, the Mumbai attacks, blamed on Pakistan, did nothing for Pakistan. Who gained? Israel gained as did India, gained massively. When a school is blown up in Pakistan and blamed on the Taliban, Pakistan doesn’t believe the Taliban had anything to do with it. When Iran is attacked from Balochistan, it knows nobody in Balochistan planned the attack.

Yes, there are real terrorists, people without hope who are pushed to extremism through exploitation, often by religious fanatics or hucksters. For every Maddrassa in Pakistan, there is a church in the US, perhaps ten, advocating beliefs that can lead nowhere but to violence.

Radicals within the United States have always been a serious problem. A good analytical tool is the simple public poll. It reveals how gullible a population is and how easy they would be to fool. The primary groundwork for terrorism is control of the press and the molding of public opinion. With foreign governments with highly suspect intelligence agencies infiltrating the press, as they have in the United States, there is little doubt that providing cover for “false flag” terrorism is in the cards.

A RECENT HARRIS POLL REVEALS THE FOLLOWING BELIEFS BY ONE AMERICAN PARTY DEEMED “RIGHT OF CENTER”:

And it gets worse:

HOW HARD CAN IT BE TO BLAME THE EASTER BUNNY FOR 9/11 WITH FOLKS LIKE THIS AROUND?
The basic rule is simply this, if terrorists suffer as a result of an attack, bring down massive retaliation, if new laws are passed or a public is aroused, then we are probably dealing with a “false flag” attack, not a genuine terrorist act. If a terror attack, such as the phony “Crotch Bombing” in Detroit are staged and individuals tied directly to security agencies make millions in profits overnight, you can be absolutely certain, no questions asked.

Who benefits from today’s attack on Moscow?