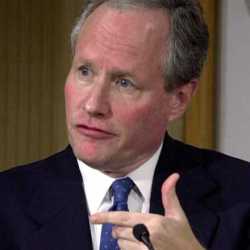 The dishonest commentary comes from Wiliam Kristol, former chief of staff to Vice-President Dan Quayle and now editor of the Weekly Standard.

The intellectually honest commentary comes from the National Review.

Jonathan Chait has a piece out in the New Republic reporting a case study in mendacity vis a vis honesty between these two leading right-wing journals.

Sure Media Matters does this exposing of out-and-out lies daily, but Chait’s analysis deserves notice as the Weekly Standard becomes more and more outrageous in the wild west of the Internet as the National Review appears to at least attempt to hang on to the standards of intellectual honesty in the face of Fox News, Sarah Palin and Tea Party set taking hold of the statist-reactionary movement in America.

National Review vs. The Weekly Standard, A Case Study

A few weeks ago, Mary Katherine Ham at the Weekly Standard featured this quote from Nancy Pelosi:

‘Think of an economy where people could be an artist or a photographer or a writer without worrying about keeping their day job in order to have health insurance.’

In fact Ham had simply truncated Pelosi’s quote mid-sentence, cutting it off to obscure the fact that the House Speaker was talking about removing ‘job lock’ and thus allowing individuals to work as freelancers or start their own business:

Think of an economy where people could be an artist or a photographer or a writer without worrying about keeping their day job in order to have health insurance or that people could start a business and be entrepreneurial and take risk, but not job loss because of a child with asthma or someone in the family is bipolar—you name it, any condition—is job locking.

I pointed this out in a blog item. Unsurprisingly, nothing happened. The Standard’s readers went on thinking that the Democrats are planning to encourage unemployment.

From over in the Web Briefing, Paul Krugman writes today:

Democrats had a lot of harsh things to say about former President George W. Bush — but you’ll search in vain for anything comparably menacing.

Oh really? Google ‘Kill George Bush‘ to find out how wrong Krugman is.

One of the long forgotten ones:

‘My feelings now and again get way ahead of me,’ Ms. Williams said. ‘I couldn’t kill anybody, but I must confess that I’m extremely angry with the Bush administration and what they have done. To say that was wrong.’

Or search Google for images of Bush as Hitler. . .

In fact, Pollowitz truncated Krugman’s sentence, which reads as follows:

Democrats had a lot of harsh things to say about former President George W. Bush — but you’ll search in vain for anything comparably menacing, anything that even hinted at an appeal to violence, from members of Congress, let alone senior party officials.

The key qualifier here is from party officials and members of Congress. Obviously lunatic statements can be found somewhere in the political discourse.

But you know what happened next? National Reviewcorrected the item, publishing the full Krugman quote, and including this at the end:

EDITORS NOTE: The above quote from Paul Krugman, now corrected, was excerpted in a misleading fashion, omitting Krugman’s qualifier which limited the source of such quotes to members of Congress or senior Democratic party officials. None of the examples that follow come from members of those groups. We apologize for this serious error.

And there you have one of the major differences between the Weekly Standard and National Review. Both have their share of crazy and often uninformed discourse, and NR has an unruly blog system written by myriad outside contributors who can’t be monitored closely pre-publication. But National Review is edited by people who are unwilling to countenance simple lying, and the Standard isn’t.