Recently, there’s been lots of news about the census and how’s it’s not meeting the needs of today’s America. In fact, the questions regarding race are now becoming ridiculous as they simply do not fit.  As more and more of America becomes diverse, what once divided us is now on the verge of becoming what unites us; that being that we are all Americans now and race is a non-issue and not even a question that has merit. 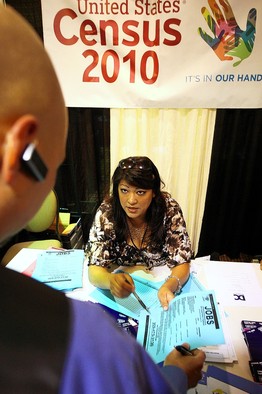 100 years ago, what color you were seemed so clear and appropriate to ask.  But today, it’s a question that no longer needs to be asked.  In fact, it needs to be removed off the next census completely and removed off all forms that ask what race one belongs to.

When we take this final action, then we no longer put race in the equation and begin thinking like Americans instead of black, white, yellow, or brown Americans.  The walls are coming down!

The youngest generation who are reading this probably know exactly what I am talking about because they are the most multi-racial, neither black, white, yellow or brown but a bunch of things that I call BEIGE.

Admittedly, we still have flare ups of the “what race are you?” disease but they are slowly becoming more marginalized over time.  And in the next decade, they will become a weird event that people will look at as some sort of antiquated excercise in an historic pagent or play about the past.

I, for one, am so looking forward to an America where no one ever again asks me what race I belong to unless they want to hear to that I belong to the Human Race!  I am an American and that’s everything you need to know!  And you?