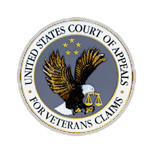 The United States Court of Appeals for Veterans Claims is a national court of record, established under Article I of the Constitution of the United States. The Court has exclusive jurisdiction to provide judicial review of final decisions by the Board of Veterans’ Appeals, an entity within the Department of Veterans Affairs.

The Court provides veterans an impartial judicial forum for review of administrative decisions by the Board of Veterans’ Appeals that are adverse to the veteran-appellant’s claim of entitlement to benefits for service-connected disabilities, survivor benefits and other benefits such as education payments and waiver of indebtedness. In furtherance of its mission, the Court also seeks to help ensure that all veterans have equal access to the Court and to promote public trust and confidence in the Court.

From the U.S. Civil War up to 1988, a span of 125 years, there was no judicial recourse for veterans who were denied benefits. The Department of Veterans Affairs (DVA), formerly the Veterans Administration, was virtually the only administrative agency that operated free of judicial oversight.

Veterans whose claims for benefits were denied by the Veterans Administration were afforded no independent review of DVA decisions and were denied the right afforded to many other citizens to go to court and challenge similar agency decisions. The Board of Veterans’ Appeals provided the final decision of what could be a long, arduous adjudication process for a veteran’s claim.

The status quo of no judicial review of veterans claims persisted until an influx of post-Vietnam claims in the 1970s and 80’s directed the spotlight on an adjudication process that was in obvious need of reform. Individual veterans and advocacy groups increasingly pressed for some sort of judicial review of DVA agency decision-making. The House Committee on Veterans’ Affairs consistently resisted efforts to alter the DVA’s unique status and noted that the Veterans Administration stood in “splendid isolation” as the single federal administrative agency whose major functions were explicitly insulated from judicial review.

Veterans and veteran advocacy groups were feeling frustrated and powerless in their cause. After nearly three decades of debate, a veterans’ court was finally created under Article I of the Constitution by the Veterans’ Judicial Review Act on November 18, 1988. This Act eliminated the bar to judicial review and allowed lawyers to represent veterans, for a reasonable fee, after the claimant’s case was initially decided by the Board of Veterans’ Appeals (BVA). Once a claim has been decided by the BVA, veterans may hire lawyers and be represented in their appeal. Recent congressional legislation lifted the bar to paid legal representation while the claim is before the VA.

The Court is quite unique in that very few federal courts have been created since the ratification of the Constitution. For the sixth time in our nation’s history, Congress established a court of national jurisdiction without geographical limits. The new veterans court was named the United States Court of Veterans Appeals. On March 1, 1999, the name was changed by the Veterans’ Programs Enhancement Act of 1998 to what it is known today as the U.S. Court of Appeals for Veterans Claims (CAVC).