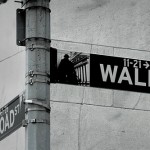 Update: For more information, see White House blog knocking down Wall Street Talking Points and Norm Scheiber’s
Head Lock: The inside story of how Goldman and the banks are getting clobbered on financial reform.

By Simon Johnson, co-author of 13 Bankers: The Wall Street Takeover and The Next Financial Meltdown

On Thursday [April 22], President Obama will give one of the defining speeches of his presidency.  Most presidents are remembered for only 2 or 3 policies or events during their tenure.  The SEC case against Goldman Sachs means, like it or not, the legacy of this administration is wrapped up with the outcome of this and related cases.

The president is apparently lining up to give a fairly conventional “support the Dodd bill” speech.  This would be major miscalculation.

The Democrats are afraid that if they truly take on the big banks, they will lose campaign contributions and be placed a major disadvantage for November 2010 and 2012 – “don’t push it too far” is the message from the White House to the Senate.  But this just shows the White House has not fully comprehended the modern nature of banking.

The banks are already coming after the Democrats.  A pro-big bank group launched advertizing yesterday against Harry Reid in Nevada, as well as in Missouri and Virginia; the media spend is eye popping.  Neal Wolin (Deputy Treasury Secretary) already declared war on the Chamber of Commerce over consumer protection; the people behind the Chamber are not nice people and they are very angry about what they think will hurt their interests.

If you want to rally the country against oversized banks that serve no productive purpose, you need to really end the Too Big To Fail problem – half measures simply will not convince people or rally sufficient support.  And what we have so far is half measures, as understood from left and right – see today’s New York Times – because the “resolution authority” simply cannot work for large complex cross-border financial institutions.

It will help manage the failure – and avoid bailouts – at purely domestic US financial institutions, but it does not help for cross-border institutions because there is no international agreement on how to handle such failures and – I can assure you – there is no prospect for such an agreement in at least the next 20 years.  The Dodd bill will help for resolving bank holding companies and for nonbank financial companies, but not for the megabanks.

How can you take on the banks – whose executives are out for revenge because of the consumer protection measures and because of what seems likely to happen on derivatives, and just to show they are still the top dog (e.g., Goldman) – with one hand tied behind your back in November?

What you would like to do is say: look, we had an up or down vote on whether to break-up the biggest banks and my opponent (or his/her party) was steadfastly opposed.  You would want the president to state, in his clearest and loudest voice: There is no social value to having banks above $100 billion in total assets and we all now understand the danger of allowing banks to become 10 times that size – let alone entering the $2-$3 trillion range; we will gradually and responsibly force our biggest banks to become smaller.  This worked for Standard Oil – no one can claim it hurt the oil industry.  And who would really want to go back to having AT&T run a monopoly in any part of telecommunications?

What about the campaign contributions?  If confronted on these terms, the top executives of the six megabanks, without question, would spend more money defeating Democrats.  But that is exactly the issue you should take to the country.  And it’s only six banks.

Show people, in gruesome detail, the money being spent by this part of big finance.  Go to the nonfinancial sector, to other parts of the financial system, and directly to individuals – asking most clearly for contributions that would replace what the banks have withdrawn and offset what the banks are spending to defeat the president’s reform agenda.

Of course, people may choose not to support this effort.  They are busy – and everyone has many distractions.  Perhaps even the president cannot break through the daily clutter of information and ideas on this issue.  But at least he should make a clear and determined effort – by putting the bank size issues accurately in stark and simple terms.

And if people still refuse to come on board, that’s fine.  But then they shouldn’t complain so loudly as the big banks propel us all towards a Second Great Depression.