I was watching some of the news coverage on the 35th Anniversary of the fall of Saigon, which marked the end of the Vietnam War in 1975.Ironically, I was changing channels when I saw footage of the American folk trio, Peter, Paul and Mary singing one of their biggest hit songs “Leaving On a Jet Plane” written by another great singer-songwriter, John Denver. It was a No. 1 song for the group in 1969, even though many other music artists had previously recorded their versions of it. 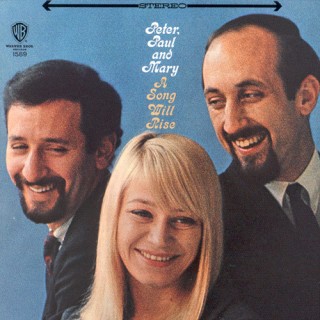 The song became a huge success as many embraced the lyrics during the divisive Vietnam War. Peter, Paul and Mary were no strangers to the Central Coast, having performed in the Monterey Folk Festival in the 1960s with Joan Baez and Bob Dylan. The voices of Peter Yarrow, Noel Paul Stookey and Mary Travers created a harmony that provided us with a story, message and a meaning.

I often ask Vietnam veterans what music they enjoyed listening to, or identified with when they were in the service. “Leaving on a Jet Plane” is frequently mentioned as a memorable selection. But during the 1960s, the trio also was disliked by those who did not approve of their anti-Vietnam War stance.

Their public stand to bring troops home from Vietnam remained unchanged despite the criticisms, and the group was steadfast in the anti-war movement. Since its musical debut in 1962, the group committed to standing up for human rights for people not just in America, but all over the world. The members participated in major historical events, such as the 1963 Civil Rights March in Washington, D.C., where Martin Luther King delivered his “I Have a Dream” speech.

They consistently have used their music and voices to encourage people to rise up for the protection of humanity and peace. Singing songs like Bob Dylan’s “Blowin’ in the Wind,” Pete Seeger’s “If I Had a Hammer” and Woody Guthrie’s “This Land Is Your Land,” the trio helped make folk music an important tool and force in the political movement.

Travers died after fighting a courageous battle with leukemia on Sept. 16, 2009. She was a singer, poet, activist, writer and mother. Forever remembered as having a powerful voice and with signature long, blond hair and bangs, she is admired for her conviction and determination to help make the world a better place.

As the world continues on its never-ending quest to solve its social and political problems, you can bet if Mary were able to be here, she would be working and lending her voice to help people in need.

Yarrow and Stookey continue to perform and tour and remain very much involved in helping humanity. Some people are meant to be together in this world, as a family, as a team, a singing group, etc.

These three creative individuals were simply meant to be together for music, humanity and for history’s sake. But life doesn’t last forever; change happens and time moves forward.

I guess I’m selfish and very much a nostalgic person, because when I see just two of them on stage, I wish it were still Peter, Paul and Mary. I’m still missing Mary.

Donna Teresa can be reached at [email protected].

Homefront Journal Donna Teresa writes about Peter, Paul and Mary, a favorite of some veterans, only at montereyherald.com.