Home Military Gordon Duff: Answering Our Troops, “Why Did You Send Us To... 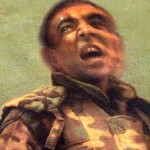 It Is Starting, America Is Being Called To Account

After 9/11 it started.  We raced into Afghanistan looking for terrorist groups that never existed and a terrorist mastermind who had nothing to do with an attack on America.  We knew we were lying to our troops then, we know it now and we simply can’t stop, we love lying so much.  Osama bin Laden, isolated in Afghanistan with a few supporters fled into the hills and died in days.  There was never a terrorist training camp in Afghanistan, no Al Qaeda, a group honest experts claim never existed and still may not, and the real Osama bin Laden, the bin Laden that said Israel was responsible for 9/11, has been dead since December 2001.

Our troops and veterans have to either watch Fox news hide the facts from them or learn of the corruption tied to the 9/11 investigation, the Building 7 scandal, a scandal free of “conspiracy theory,” and the very real “dancing Israelis,” a Mossad film squad positioned to record the planes hitting the twin towers, notified well in advance, an Israel team arrested by New York police as terrorists and released and rushed back to Israel by friends in the Bush administration before the FBI could question them.

We can keep trying to lie to our soldiers about this and about Iraq, how we sent them to war, killed 5000 and wounded tens of thousands, PTSD for hundreds of thousands more and did it all based on intelligence reports that were treason, not just wrong, not just lies, but a plan to deceive our own government, an act of war against the United States by some of her own people, people who sent us to war because of their “mixed loyalties” to a foreign country, loyalties that negated their oaths to America.

Now the questions are flooding in, phone, email, coming in to those of us who are supposed to know.  Does anyone want to tell a wounded soldier he was duped by a pack of thieves and cowards who made billions of dollars on his suffering?  Do we want to keep up the Fox News cover stories about the evils of Islam and the rows of tanks and thousands of missiles threatening poor defenseless Israel?

We are talking to troops who have spent years overseas, serving in Iraq and Afghanistan, troops who know dozens, even hundreds of Muslims.  These are troops that were told of a billion ignorant and hateful monsters, the Muslim hoards of subhumans spending their days dreaming of roasting Israeli school children, stories continually repeated on the Armed Forces Network, Pentagon Channel and Fox News.

Now these troops are in Iraq, Afghanistan or home.  They lived and worked with Muslims, some for years, built friendships and fought wars filled with confusion and contradiction.  Some of these troops were in our military and, for the first time, tens of thousands of Americans faced combat as civilian contractors, many of whom gave their lives, though better paid, often heroically.  Not all contractors were “Blackwater” killers, far from it.  The vast majority of Americans serving as civilians worked to provide security for their families and now live with the stain of a few “bad apples” run by companies with ties to American right wing political extremists, companies whose aims were fraud, drug running, religious war and deception.

Our troops have seen it all.  33 died, electrocuted by Halliburton barracks.  They drank gallons of sewage polluted water, another Halliburton gift.  Thousands of tons of high explosives, left unguarded and unsecured after the invasion of Iraq were turned against our troops when poor planning and a corrupt puppet government led to massive resistance and civil war.  Thousands of Americans died, tens of thousands were wounded as wrong everything, tactics, vehicle protection, personal armor, intelligence and to be truthful, a totally wrong war took a massive toll.  We went from “Mission Accomplished” to “mission unending,” a war that has even outlived our previous record holder, Vietnam.

Vietnam didn’t invent the forgotten soldier, Korea did that.  It did invent the “throwaway army” however, troops sent to war without purpose, sent to war simply out of “tantrum” politics and war profiteering.  We poisoned an entire army in Vietnam with agent orange, numbers of dead, dying and sick reaching unimaginable levels, unimaginable and unreportable.  Of  between 2.4 and 2.9 million troops serving in the conflict, we have been told only 711,000 survive though the average age of a veteran is barely 60 years old.

The abuse began early on, now fictionalized by draft dodgers like Sylvester Stallone and his Rambo character, “I came home and there they were in the airports, spittin’.”  Thus began the myth of the “airport spitter.”  Anyone who flew back in the 1960s and 70s, imagine an airport.  Did anyone see “hippies?”  Did they park short term or long term?  I can picture it now.  “Hey, there’s a bunch of Special Forces pussies, lets go spit on them.  I’ll bet they cry like babies.”  People who grew up believing this buy in on 9/11 fairly tales just as easily.

Vietnam was, in ways, a perfect war, perfect if you are a follower of Marine General Smedley Butler.  Vietnam was a racket, pure and simple, just like Iraq and Afghanistan.  Tens of thousands died in Vietnam, fed garbage, armed with junk, dressed in rags, no fire support, no medical care, sick and wounded left in the field like out of the middle ages.  This is the truth of Vietnam.  More Marines ended up dying in Vietnam than World War 2 but don’t expect Stephen Spielberg and Tom Hanks to do a documentary.  America is still too busy pushing the remaining, the surviving Vietnam vets away, still denying them decent health care, still shredding their files and still spitting, not in airports but where it counts, where it counted for years.

America, middle and upper class America hated Vietnam vets, even at the height of the war.  Few but the poor served.  Look at congress.  So few Vietnam combat veterans served during the Bush administration that the word “chickenhawk” was coined and lists produced that boggle the mind.  How could so many cowards lead a nation to war?  Thus we return to Iraq, a war started by draft dodgers, shirkers, yellow bellies and war profiteers.

TOO HIGH A PRICE, AMERICA TURNS ITS BACK

Every day, soldiers are thrown out of the military because they are unfit.  Many of them, an amazing coincidence, are only months from retirement.  Many of them are sick, combat vets who have served multiple deployments, sent to fight though medicated to nearly “zombie” levels by the cocktails of anti-psychotic medications that allow the burned out and PTSD ridden to be reprocessed and sent back to war.

How many have committed suicide?  The number 2 years ago was over 14,000.  We gave up counting, as we usually do.  How many have filed for disability compensation, just the recent vets only?  400,000+

Nearly 20% of our troops in Afghanistan are on medications for psychiatric disorders that could easily qualify them for immediate medical retirement and full disability compensation.  With a military and veterans service that seek treatments, spending hundreds of millions, why is the primary treatment for troops with PTSD more combat?  Then, when the troops finally break, it wasn’t the combat at all, it was a “personality disorder” or as the military loves to call it, a “preexisting condition.”  Break under half a dozen combat deployments, many while medically unfit and soldiers face bad conduct discharges, a lifetime of dishonor, loss of retirement, medical treatment and benefits, not just for them but their families.  This is what our troops know, what they see every day and what thousands of them have suffered.

How do we explain it to them?  Don’t be surprised if their questions aren’t asked politely.