Home Government It’s Time For The Postmaster General to Go, and The Inspector General...

It’s Time For The Postmaster General to Go, and The Inspector General as Well

The time has come for postal employees to start flexing their political muscle. The record is clear. The United States Postal Service has been abusing, bullying, and robbing their employees blind all over the country for years now, and with complete impunity. So it’s time for both Postmaster General John E. Potter and Inspector General David C. Williams to go. By overlooking the blatant corruption that has been clearly evidenced on their watch, they could both easily be charged with malfeasance at the very least. 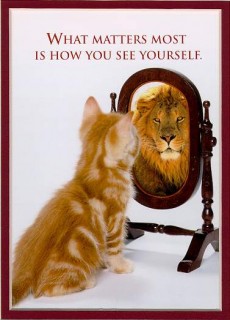 The U.S. Postal Service is, literally, running a “plantation” under Potter. They’re forcing some of their employees to work as much as six hours a day without pay, and others to work without lunch or breaks, then their official government clock rings are being falsified to reflect that the employees took three hour lunches. Thereafter, if the employees report the abuse to the Office of Inspector General, instead of investigating the matter (Time Fraud – a federal crime which carries a 6 year prison sentence), the OIG not only turns a blind eye to the crime, but goes so far as to report the complaining employees to their managers.

This is going on routinely all across the country:

“Washington, DC— Today, Congressman Paul Hodes called on the United States Postal Service to present a plan to fully reimburse postal workers for the wages they have lost as a result of managers manipulating their timecards.” The congressman went on to say:

“It has been weeks and the hard-working employees at these post offices are still waiting for answers,” said Congressman Hodes. “The USPS should immediately present a plan to ensure that workers are immediately reimbursed for their lost wages, and that appropriate disciplinary action is taken. Those individuals responsible for cheating New Hampshire families out of hard earned wages must be held accountable . . . In May of this year, I wrote to USPS Inspector General David Williams requesting that his office investigate claims that the United States Postal Service had altered letter carriers’ timesheets on an electronic time system for the last six years. “

Arbitrator Sherrie Rose Talmadge said in her December 2, 2009 decision that “Management’s violations were so egregious over a period of many years that punitive damages were awarded to deter the service from further clock ring violations.”

So the record is clear. The Office of Inspector General, politicians, and in some cases, many union officials have been turning a blind eye to unconscionable crimes against middle-class and minority workers. That doesn’t bode well for the American worker, because it shows that the government has now embraced the effort to lower the standard of living of the American middle class – an effort that’s been promoted by private corporations for some time now (The Role of Minorities, Poor, and the Middle Class in the New World Order).

As pointed out previously, the unions are a mixed bag. Just as in postal management and the population as a whole, there are many people within the unions who bring a dedicated, ethical, and conscientious attitude to the way they approach their jobs, but there are still far too many who are content to benefit from their members’ union dues while they snuggle up with management. That’s one of the reasons this situation exists.

With that said, it becomes incumbent upon us to mention how delighted Ms. JoAnn Snow is with the way that President Larry Brown of Branch 24, NALC has stepped up to the plate. Ms. Snow said the following in that regard:

“It took a little fence-rattling, but I’m very happy with the way President Brown stepped up to the plate when he became personally involved in my case. I also want to thank Anita Guzik. She created a legal document on my behalf that looks like Johnnie Cochran came back and wrote it.

“But we have a way to go yet, because the postal service was willing to pay me $8000 to drop my case, but they’re trying to protect their system of corruption by protecting the people who conspired to steal from me, and I’m not going to let that happen.

“If an employee picks up a coupon from waste mail that’s been thrown in the trash, that’s a removable offense; but managers can steal thousands of dollars from their employees’ earnings and the postal service fights to keep those manager in place. That’s got to change – and I intend to personally see to it that it does.”

These crimes are so easily accomplished by the postal service because the employees and unions have been trying to address them administratively, if at all. Grievances go on for ever, and that places time on the side of the postal service. The time involved allows the PO to harass potential witnesses, and create hardships for the grievant.

The victim of time fraud shouldn’t even have to grieve it. Time fraud is not a contractual issue; it’s a federal crime. So if the postal service was as pristine as it claims to be, all the victim would have to do is contact the OIG and they would take it from there. The OIG would simply investigate the matter, and if the allegation was found to be valid, the victim would be reimbursed and the perpetrators would be fired – and possibly prosecuted and jailed. But unfortunately, justice within the postal service is only an illusion.

But there is an upside to the ledger. Postal employees don’t have to beg for justice – they can demand it. They have both the law, and the numbers on their side. There are 600,000 postal employees in America, then when you add all of their family and friends, that’s a formidable political group. In addition, in today’s political environment up to 76% of the American people are unhappy with incumbents. So postal employees can very easily pull together to make a politician’s willingness to fight for workers’ rights a litmus test in order to be elected – and that goes for your union officials as well.

Your very first test of that clout should be to contact the number below and demand the firing of the two officials named above, then go right down the chain of command to have anyone removed who has presided over a crime against you.  In short, it’s time to tell President Obama and everybody beneath him that this is NOT the kind of change that you can believe in.

Earl Ofari Hutchinson will be holding a Los Angeles Roundtable on postal employee abuse in the very near future. Postal officials, the OIG, and union officials will all be invited. When a firm date is established it will be published in the Los Angeles Sentinel. If you want to change your working life, please attend. But in the meantime, please contact the number below:

The document reads, “We the people,” not we the government. This is a covert encroachment on the American middle class that the people simply must repel, or the rights of all Americas will be placed in dire jeopardy. Once the government declares open season on its employees, who’s left to protect us from private exploitation?

This is not just a postal worker issue – it’s an American issue.  So fight back now, while you still can.

“A citizenry of sheep begets a government of wolves.”
Edward R. Murrow
Committee on Oversight and Government Reform