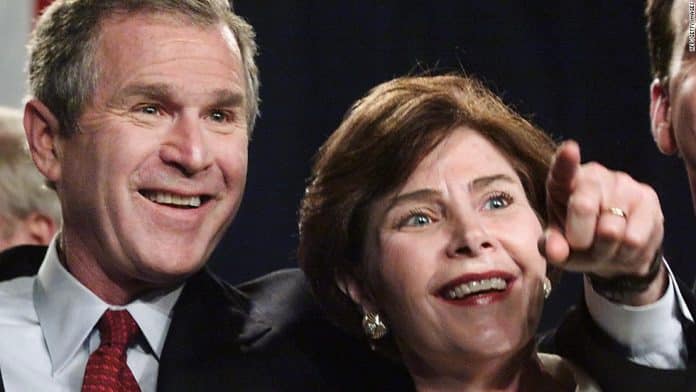 No, it Is not for the infamous illegal immigration law that gives local police in Arizona the responsibility to verify immigration status if there is a “reasonable suspicion” that the person they have stopped for an infraction is in this country illegally. 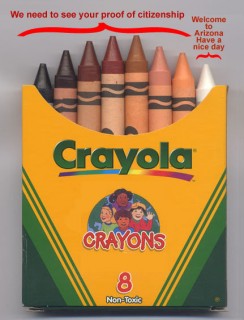 Instead, it is for the Arizona Department of Education to tell local school districts that they must remove teachers whose spoken English is ungrammatical or heavily accented from classes where students are still learning English.

…let’s start with banning former U.S. President George W. Bush.  This guy was clearly the most inarticulate leader of our time.  Many could even argue he did NOT even speak English but some sort of weird Connecticut meets Texas at the moron convention.  Do I really need to give examples of his alleged English?  Come on!  Even you right-wingers reading this can’t argue he spoke English, can you?

“You took an oath to defend our flag and our freedom, and you kept that oath underseas and under fire.” —George W. Bush, addressing war veterans, Washington, D.C., Jan. 10, 2006

Ok some critics claim it is part of the anti-immigration sentiment they contend is sweeping Arizona aimed at Hispanic Americans.  And yeah, they would qualify to be they have an accent.

But I am thinking about people like poor lil ole Paula Deen, my beloved famous chef from the Food Network.  This lovely piece of Savannah dynamite won’t be able to come to Arizona and teach cooking skills because, while I love her, she just butchers the English language into oblivion.

And so many others too…

America is such a diverse country with accents in the North East, South, California, and who dat in Louisiana?

How is Arizona gonna determine who speaks proper English and who does not? I mean, if they are serious about their homogenous plan to cleanse their education system of all they cannot speak English as they see fit then they are going to have to ban half the United States of America.

And how far will they go?

Will they also ban books by the likes of famed authors ie… Mark Twain whose country bumpkin speak turned the English language into Mississippi mud?

Or is this new law just another in a series of right-wing living-in-the-past Anglo-Saxon attacks on the browner people?

Well, the validity test is always at play.  Thus if they ban the likes of George W. Bush, Paula Deen, and Mark Twain from their education system, we ought to take them seriously at their word.

But if it’s just our brown Americans they are going after, well then, it’s clear that the Fascist State of Arizona will continue to earn its stripes as the new # 1 most racist disgusting rogue state in the United States of America and they ought to pay a stiff price for being Anti-American!