“The conditions now, in my view, are unquestionably worse in the inner cities,” attorney and civil rights stalwart David Ginsburg told the St. Louis Post-Dispatch. “Education is worse. Housing is worse. Unemployment is worse. We now have a drug problem that we didn’t have in 1967 and 1968. There are millions of handguns. The cities have been essentially disregarded by the federal government.” 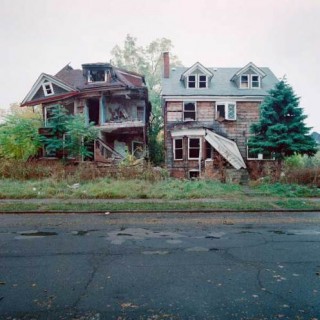 Ginsburg knew what he was talking about. He served as executive director of President Lyndon Johnson’s National Commission on Civil Disorders, formed after explosive race riots swept the nation in 1967. He believed white America was responsible for that unrest by penning African-Americans into ghettos. “White institutions created it (the ghetto), white institutions maintain it and white society condones it,” he said, according to his obituary in The New York Times.

Ginsburg, who died May 23rd at his home in Alexandria, Va., at age 98, made the statement quoted above in 1992 comparing the situation then with the Sixties, but he might just as well have spoken today comparing our grim realities with the bleak Nineties. That’s because a poverty-struck black underclass continues to be a source of profits for the unscrupulous.

Slumlords charge exorbitant rents. “Convenience” stores charge higher prices. Military recruiters have their pick of jobless youth desperate for work. And the for-profit, private prisons increase their head count (and income) as the judicial system hands off the young drug peddlers caught in the legal web. As the Kaiser Family Foundation reported, African-Americans fill 40 percent of the nation’s prison cells.  Yet they make up just 13 percent of the nation’s population.

It’s a fact, the Associated Press reported, that “More than three times as many black people live in prison cells as in college dorms,” according to a Census Bureau finding in 2006. “It’s one of the great social and economic tragedies of our time,” Marc Morial, president and CEO of the Urban League, commented. “It points to the signature failure in our education system and how we’ve been raising our children.”

Indeed, a report released this May by the U.S. Department of Education finds the U.S. has 16,122 “high poverty” schools, and that students in them “are more likely to be minorities,” an AP story said. What’s more, the number of such schools is up from 12 percent of the total in the 1999-2000 school year to 17 percent of the total in 2007-2008 school year.  In President Bush’s “no child left behind” era, it seems entire schools got left behind.

As for housing, Habitat For Humanity reports that “95 million (Americans) experience housing problems, including cost burden, overcrowding, poor housing quality and homelessness.” That’s nearly one-third of a nation. Here, blacks again, are getting the worst of it. Writing about Philadelphia in the Huffington Post on Feb. 11th of this year, journalist James Sanders says wretched conditions persist: “Predominantly black parts of town — North Philly, and the so-called ‘Badlands,’ for instance — are all too synonymous with crime and poverty. Too many black students drop out of high school, and give in to lives on the streets or in gangs.” The situation is similar in San Francisco where substandard public housing, high crime rates, and “dissatisfaction with underperforming urban schools” have combined to ignite a black exodus from the city, according to the August 28, 2007 USA Today. In Springfield, Mo., writes Cheryl Fischer of the Kuumba Human Rights Focus Group, the city’s own records show that 35 percent of African-Americans live in substandard housing and 5 percent live in dilapidated housing.  As well, 70 percent of African-Americans in that city earn $20,000 or less annually, and only 12% of African-Americans earn from $30,000 to $60,000 annually.

The Urban League’s report put unemployment among blacks nationally at nearly 15 percent in 2009, compared with 8.5 percent for whites and 12.1 percent for Hispanics. It also showed a median income for whites of $55,530 compared to $34,218 for blacks. The UL called for a job-creation and job training investment of $168 billion over the next two years. FYI, back in 1962, Whitney Young, then UL’s executive director, called for a “Marshall Plan” to help black Americans that was largely ignored by President Johnson. LBJ was intent on “winning” the war in Viet Nam. The U.S. preferred making wars overseas to helping African-Americans at home in those days and Presidents Bush and Obama have followed in his footsteps.

As the National Low Income Housing Coalition reported this April, a family needs to earn $38,360 a year to afford to rent a decent two-bedroom home but that “rents continue to rise while wages continue to fall” in the current recession. Its “Out of Reach 2010 report shows once again that “prevailing incomes and wages are simply not enough to allow a family to afford a decent home in their community,” said Sheila Crowley, NLIHC president. The national two-bedroom Fair Market Rent is a staggering $959 a month. In addition, 74% of metro renters live in an area where having two full-time jobs at the minimum wage would still not allow them to afford that price. “The persistence of high rates of unemployment and under-employment is making it ever more difficult for families to secure decent housing. Unfortunately, the situation is not likely to improve any time soon,” Center for Economic Policy and Research Co-Director Dean Baker commented. Of course, the U.S. could have built 7,779,092 affordable housing units with the $1 trillion it has now flushed down the sewers of Iraq and Afghanistan, says the National Priorities Project of Northampton, Mass. But the brilliant brains running Washington instead have got 5,000 coffins shipped home for the same money, not to mention 1-million funerals in Iraq alone. Of course, the profits of oil companies and defense contractors have been stupendous.

Nothing in the above is meant to detract from the remarkable gains by African-Americans who have pushed themselves into the middle-class, despite the formidable odds against them. An examination of U.S. Census data will indicate this has been going on at least since the 1940s. But overall, for Black America, it is as David Ginsburg remarked: “Education is worse. Housing is worse. Unemployment is worse.” It’s the same today as in the Nineties or Sixties. So where’s the civil rights movement?

(Sherwood Ross is a Miami-based public relations consultant who formerly reported for major dailies and wire services. Disclosure: during the Sixties he served as News Director in the Urban League, an organization with which he has no connection today and for which he does not speak. Reach him at [email protected])