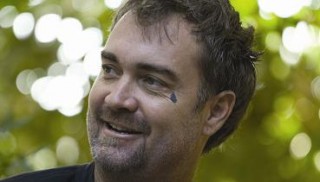 Ken is a former U.S. Marine who served in the 1991 Gulf War and subsequently spoke out about the use of depleted uranium as a “crime against humanity” and the US military using soldiers as “human guinea pigs” with experimental drugs that were directly linked to Gulf War syndrome.

He is also a social entrepreneur utilizing direct action marine conservation, he is more widely known for leading the human shield action to Iraq and as a survivor of the Israeli attack on the MV Mavi Marmara in which he participated in “defending the ship” and “disarming two Israeli Commandos”.

On January 7, 2004, O’Keefe burned his US passport in protest of “American Imperialism” and called for US troops to immediately withdrawal from Iraq. He replaced his US passport with a “World Passport”, subsequently proclaiming himself a “Citizen of the World” with “ultimate allegiance to my entire human family and to planet Earth.” His is also legal citizen of Ireland and Palestine citizenship.

With over 50 esteemed staff writers filing over 11,000 articles to date, VeteransToday.com is now the largest independent media news blog for U.S. Veterans on the net.