Home Government Postal Service Gets Break, Union Officials Get Paid, And Workers Get the...

Postal Service Gets Break, Union Officials Get Paid, And Workers Get the Shaft – Again
*
The following report comes directly from an audit by the Office of Inspector General. It was released on July 1, 2010. Further comment is not required. It speaks for itself:
* 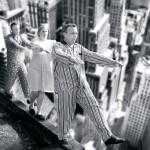 “This occurred because the Postal Service has not established procedures for reviewing the allocation of settlements to ensure that payees whom the union identifies are part of a class action. Once the Postal Service negotiates a settlement, they often have no involvement with its allocation. As a result, union representatives may be receiving payments to which they are not entitled.

It is clear that many within the institutions that the poor and middle-class have depended on to protect them in the past can no longer be relied upon. At best, they’re turning a blind to our best interest, and at worst, they’re picking our pockets while we sleep. That isn’t to say that all politicians or all unions are corrupt, but too many of their number are beginning to reflect the corrupt nature of our society for us not to come together to protect our own interest.

I’ve been contacted by Lewis Maltby in response to the series of articles that I’ve been doing on the Postal Service since March of this year. Mr. Maltby is an attorney, former Director of the Employment Rights Division of the American Civil Liberties Union (ACLU), author of the book, “Can They Do That,” and current president of the National Workrights Institute.

He indicted that he was aghast at what he read was going on in the postal service, and that he’s prepared to bring a class action lawsuit against the postal service that could very easily reap tens of millions of dollars on behalf of postal employees. From there he intends to broaden his focus to address the assault on the middle-class as a whole.

*
So if you are a postal employee who are the victim of time fraud, being forced to work without pay, or have been intimidated into working through your lunch and breaks, he wants to hear from you. He’s setting up an organization called Citizens Against Reckless Middle-Class Abuse (CARMA) to fight this kind of abuse both in the courts, and with the help of your numbers, in Washington, D.C.
*
If you’re ready to fight back, please contact the e-mail address below in order to create a data base. It’s time for the poor and middle-class to convert their vast numbers into political clout.
Eric L. Wattree
wattree.blogspot.com
[email protected]
Religious bigotry: It’s not that I hate everyone who doesn’t look, think, and act like me – it’s just that God does.