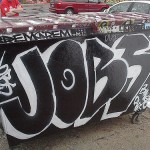 Republican attempts to filibuster the unemployment insurance extension failed yesterday, setting up the bill for final passage over a month after benefits expired; the Senate Judiciary Committee voted to advance Elena Kagan’s Supreme Court nomination to the Senate floor; the Obama administration is moving to reform homeownership by giving renters a bit more consideration; and in a notable rhetorical shift, Harry Reid is no longer promising a climate and energy bill by August.

A Republican filibuster of an unemployment benefits extension failed, reports Lori Montgomery: “The bill before the Senate would extend benefits retroactively. While state laws vary, Labor officials and advocates for the unemployed said some people could expect to see lump-sum payments covering lost income back to June 2. Even if the bill passes, many people will have to wait two to four weeks before checks are restored, said Rick McHugh, a staff attorney for the National Employment Law Project, which advocates for jobless workers.”