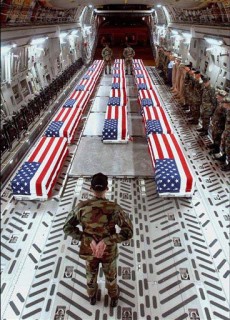 – Tallies Cost of War Including Recent Supplemental Bill through September 30, 2010

With the passage of a supplemental spending bill last week (H.R. 4899), Congress has appropriated an additional $36.2 billion for wars in Iraq and Afghanistan for the 2010 fiscal year. The bulk of this money was directed to Afghanistan accounting for $33.9 billion. National Priorities Project estimates that total spending for this fiscal year is now $65.1 billion for Iraq and $106.6 billion for Afghanistan.

These new appropriations bring war-related spending for Iraq to $749.9 billion and for Afghanistan to $337.8 billion, with total war costs of $1.09 trillion1.  National Priorities Project (NPP) updated its Cost of War counters to reflect the new totals and to show the local costs of these wars to states and many cities. NPP’s trade-off tool allows you to explore what services could be obtained for your community with the same amount of money that Congress has appropriated for war spending.

Additional war-related spending is anticipated as a part of the FY2011 budget with $51.1 billion requested for Iraq and $119.4 billion requested for Afghanistan. The Obama administration is attempting to integrate war funding into the core budget appropriations process. Since 2001, the U.S. wars in Iraq and Afghanistan and related activities have been funded almost entirely through emergency supplemental appropriations. In a departure from this practice, much of the FY2010 war funding came from the core budget with a lesser amount from last week’s supplemental bill. Spending for FY2011 is expected to come entirely from the annual budget.