Home WarZone The Prosecution of George W. Bush for Murder

The Legal Framework for the Prosecution

“That the king can do no wrong is a necessary and fundamental principle of the English constitution.”
—Sir William Blackstone, Commentaries on the Laws of England, 1765

“No living Homo sapiens is above the law.”
—(Notwithstanding our good friends and legal ancestors across the water, this is a fact that requires no citation.)

With respect to the positionI take about the crimes of George Bush, I want to state at the outset that my motivation is not political. Although I’ve been a longtime Democrat (primarily because, unless there is some very compelling reason to be otherwise, I am always for “the little guy”), my political orientation is not rigid. For instance, I supported John McCain’s run for the presidency in 2000. 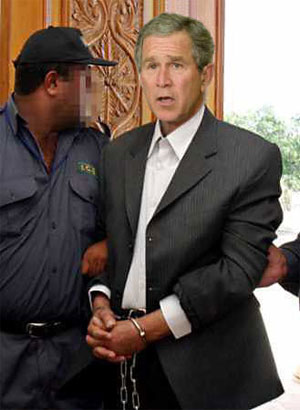 More to the point, whether I’m giving a final summation to the jury or writing one of my true crime books, credibility has always meant everything to me. Therefore, my only master and my only mistress are the facts and objectivity. I have no others. This is why I can give you, thereader, a 100 percent guarantee that if a Democratic president had done what Bush did, I would be writing the same, identical piece you are about to read.

Perhaps the most amazing thing to me about the belief of many that George Bush lied to the American public in starting his war with Iraq is that the liberal columnists who have accused him of doing this merely make this point, and then go on to the next paragraph in their columns.

Only very infrequently does a columnist add that because of it Bush should be impeached. If the charges are true, of course Bush should have been impeached, convicted, and removed from office. That’s almost too self-evident to state. But he deserves much more than impeachment. I mean, in America, we apparently impeach presidents for having consensual sex outside of marriage and trying to cover it up. If we impeach presidents for that, then if the president takes the country to war on a lie where thousands of American soldiers die horrible, violent deaths and over 100,000 innocent Iraqi civilians, including women and children, even babies are killed, the punishment obviously has to be much, much more severe.

That’s just common sense. If Bush were impeached, convicted in the Senate, and removed from office, he’d still be a free man, still be able to wake up in the morning with his cup of coffee and freshly squeezed orange juice and read the morning paper, still travel widely and lead a life of privilege, still belong to his country club and get standing ovations whenever he chose to speak to the Republican faithful. This, for being responsible for over 100,000 horrible deaths?* For anyone interested in true justice, impeachment alone would be a joke for what Bush did.

Let’s look at the way some of the leading liberal lights (and, of course, the rest of the entire nation with the exception of those few recommending impeachment) have treated the issue of punishment for Bush’s cardinal sins. New York Times columnist Paul Krugman wrote about “the false selling of the Iraq War. We were railroaded into an unnecessary war.” Fine, I agree. Now what? Krugman just goes on to the next paragraph. But if Bush falsely railroaded the nation into a war where over 100,000 people died, including 4,000 American soldiers, how can you go on to the next paragraph as if you had been writing that Bush spent the weekend at Camp David with his wife? For doing what Krugman believes Bush did, doesn’t Bush have to be punished commensurately in some way? Are there no consequences for committing a crime of colossal proportions?

About the book
In The Prosecution of George W. Bush for Murder, Bugliosi presents a tight, meticulously researched legal case that puts George W. Bush on trial in an American courtroom for the murder of nearly 4,000 American soldiers fighting the war in Iraq. Bugliosi sets forth the legal architecture and incontrovertible evidence that President Bush took this nation to war in Iraq under false pretenses—a war that has not only caused the deaths of American soldiers but also over 100,000 innocent Iraqi men, women, and children; cost the United States over one trillion dollars thus far with no end in sight; and alienated many American allies in the Western world. 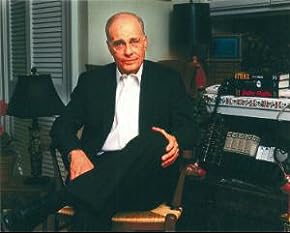 As a prosecutor who is dedicated to seeking justice, Bugliosi, in his inimitable style, delivers a non-partisan argument, free from party lines and instead based upon hard facts and pure objectivity.

A searing indictment of the President and his administration, The Prosecution of George W. Bush for Murder also outlines a legally credible pathway to holding our highest government officials accountable for their actions, thereby creating a framework for future occupants of the oval office.

Vincent Bugliosi calls for the United States of America to return to the great nation it once was and can be again. He believes the first step to achieving this goal is to bring those responsible for the war in Iraq to justice.  Visit Official Vincent Bugliosi Web Site