Home WarZone The Iraq War – It’s Not Really Over

Mainstream television news has begun making a big show of the withdrawal of America’s “last combat troops” from Iraq, but the painful saga continues for our service members.  Many being show by local TV stations returning home to their tearful and joyous families in the coming days will ultimately be sent to serve more tours of duty in both Iraq and Afghanistan and how many media outlets will raise the hard questions as to why or how?

In fact, members of two different units heading to Iraq and Afghanistan are calling on their commanders right now to halt their deployments because they are not physically or mentally ready to deploy.

Will WE stand with any Troops, Veterans, and Military Families that question or oppose continued deployments? 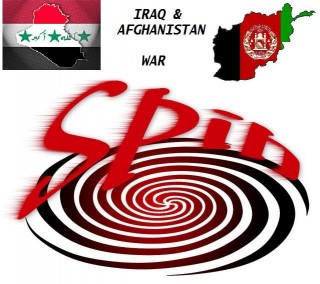 What excuses will the Pentagon use in order to be able to deploy back into war zones troops still having difficulty physically and mentally transitioning to civilian life at home here in America?

It is a READINESS Issue that the Pentagon does not want made PUBLIC!

At the same time mainstream media and the Pentagon paints a rosy picture of the successful end of the Iraq War, combat units are still being sent back to Iraq and Afghanistan, into the fray, with troops who are not physically or mentally ready to deploy. That readers is a readiness issue that both the Army and Marines are not going to be willing to admit publicly for it will stop the momentum of the Pentagon-Mainstream Media collaborative media blitz.

Iraq Veterans Against the War (IVAW), Military Families Speak Out (MFSO), and other Veteran, Military Family, and Peace Activist groups note that at least two different units heading to Iraq and Afghanistan are calling on their commanders right now to halt their deployments because they are not physically or mentally ready to deploy.

We at Veterans Today view this as only the tip of the iceberg as more units begin questioning the rationale of continued deployments to both Iraq and Afghanistan. We also foresee a Pentagon crackdown on troops, Military Families, but especially whole units questioning let alone opposing deployments to war zones our government and media paint as success stories or almost victories.

For Troops Remaining or Going to Iraq it WILL NOT BE DESK JOBS!

President Obama makes it sound like the troops remaining in Iraq [or en route] will be serving largely administrative and ‘advisory’ functions. But in reality, 50,000 “combat capable” troops will remain in Iraq to:

In an Iraq which grows increasingly violent each month, does this sound like desk duty?

The 3rd ACR at Fort Hood1

Today, this Sunday, the 3rd Armored Cavalry Regiment (3rd ACR) at Fort Hood will be shipped out to Iraq.  The military wives and family members of 3rd ACR soldiers say that hundreds of the 5,000 about to go to Iraq are suffering from PTSD and other ailments, and are not fit to deploy.  This week they demanded that those wounded warriors stay home.

IVAW’s Fort Hood chapter and Fort Hood’s military families are asking the civilian community to join their calls for the military to stop deploying traumatized troops.

Call 3rd ACR Commanders and tell them not to deploy soldiers who have PTSD and Traumatic Brain Injury.

Call between 9 a.m. and 5 p.m. Monday through Friday and ask for whatever commander you’re ringing by name. If they won’t speak to you, leave them a message or call back. If you get anyone else’s ear, tell them to stop deploying soldiers who are medically unfit.  After you’ve made your call, send us an email at [email protected] to let us know you’ve called.

The 656th is an Army Reserve unit based in Indiana, made up of reservists from several mid-western states.  Is also due to deploy this weekend for Afghanistan, members within the unit have cited lack of training and mental health problems among the reasons they are not fit to go.  IVAW member, Alejandro Villatoro, a Sergeant in the Company, has raised concerns that they have not been trained on the weapons they will be using, and do not know how to operate the vehicles they will have to drive, once in Afghanistan.  There are also serious mental health issues among some of the troops set to deploy.

After Alejandro first exposed this crisis, others in the unit also came forward.  They are now pushing for a Congressional inquiry into their unit’s readiness.  We will keep you posted next week with steps you can take to support their efforts.  For a full explanation of the situation facing the 656th, click here.

Members of IVAW who serve at Fort Hood and in the 656th Transportation Company are counting on your support.

3 “Last of the Combat Troops Leaving Iraq? – Only in your Dreams”