So criminal within itself, it flinches from upholding the rule of international law. So corrupt, it happily outsources its foreign policy to terrorists in Tel Aviv. The idea that America acts as an honest broker for peace between its fellow cut-throat Israel and their victim, Palestine, on whose neck the Zionist jackboot is firmly planted, is a joke that is only funny in the hysterical sense.

By Stuart Littlewood via My Catbird Seat 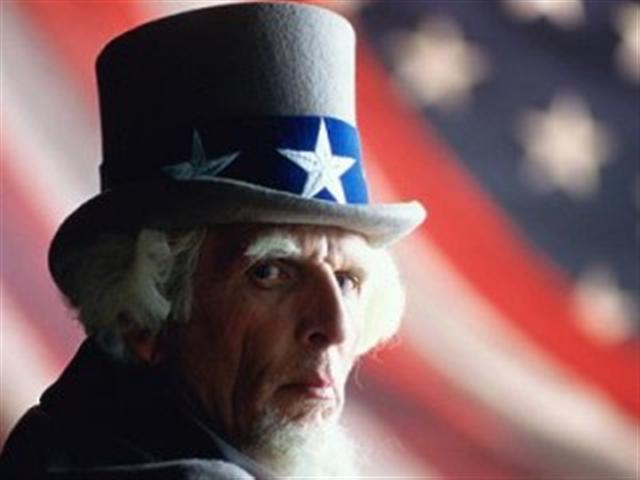 The idea that any country, let alone America, would promote talks where one party is expected to make concessions to another which is bent on land-theft and whose government can only survive if it continues to defy international law, is madness. But Obama is up for it.

Why did Palestinian leaders allow themselves to be sucked into this instead of going over America’s head to the UN and campaigning intelligently for implementation of the rulings the world community had already made?

The Fatah dominated Palestinian Authority is an abomination. Nearly everyone I meet agrees. Its leaders have so fouled the nest that the stink is unbearable. This treacherous body needs dismantling and replacing with a genuine grassroots democratic organisation. Whether this would mean the revival of the Palestinian National Council, as Alan Hart suggests in his article Does the Palestinian Diaspora Care Enough To Become Engaged?, or something more radical, is open to debate.

I cannot bring myself to nod agreement when he says that “it is unrealistic to expect the governments of the major powers either to use the leverage they have to call and hold the Zionist state to account for its past crimes, or to intervene to prevent the crimes it will commit in a foreseeable future”. I suspect he’s right but it is a shocking indictment of the West’s morality and I prefer to think that, when the crunch comes, the West’s leaders will, like Arab leaders, be more terrified of their masses than scared of offending the Zionists and Americans.

That day might not be too far off for the battle is now joined against the enemy in our midst – the Zionist stooges who are embedded in our political fabric and work behind the scenes to prop up the swaggering invader of the Holy Land. Increasing awareness of these people and their vile agenda will generate disgust and waves of anger that will eventually turn into a hurricane and purge them.

“We ain’t seen nothing yet”

What is at stake here is not so much Palestine but human decency. The hope must be that the innate humanity of ordinary people will eventually triumph against the Zionist abomination and the treachery of their own governments.

In the meantime we see civil society – individuals and unions – across the globe taking action against Israel’s trade and cultural interests in defiance of their corrupted political leaders.

I agree that there’s little point in demanding the right of return unless those exiled are clamouring for it in a concerted way. But I don’t believe the Palestinian diaspora has a chance of exerting the necessary pressure as long as there are no Palestinian embassies or delegations energetic enough and patriotic enough to mobilise an uprising of the exiles.

However, a wider international movement (not just the diaspora) might well be able to blow the Zionist walls down, and we have been treated to brilliant flashes of this possibility from the various Free Gaza initiatives.

We ain’t seen nothing yet, I suggest.

To their shame Palestine’s ambassadors/delegates, under Fatah orders presumably, practise what can only be described as ‘the silent routine’. In other words they operate a  communications blackout.  Fatah want to keep their villainous antics under wraps and don’t believe they have a duty to inform and persuade.

Here in the UK the ambassador, last time I looked, hadn’t updated the Delegation website for several months. Today, as I write this, the website is not even accessible. Emails from the ambassador’s desk are mainly about entertainment events within London’s wonderful social whirl. Press releases and briefings on issues that matter are rarely seen.

And get this. A local branch of the PSC (Palestine Solidarity Campaign) is arranging a fundraising supper next month with the ambassador as guest speaker. But the word on the street is that the organisers will have to pay his and his wife’s expenses.

As one member remarked, “It’s like we are holding this supper as banquet to honour him so what we are going to raise will be spent on his majesty’s transportation and accommodation!”

You couldn’t make it up, could you?

Of course, this is one way to keep the diaspora demoralised. The ambassador is said to be having difficulty getting any money through from Ramallah. Considering the huge flow of funds into the PA, the idea that the first £150+ of money raised from supporters of Palestinian freedom should be gifted as another subsidy to the discredited and unrepresentative outfit run by Abbas and his henchmen, is preposterous. The PA thinks nothing of sending a squad of thugs out to Hebron to beat up the family of Ahmed Amr because he delivered a sermon at Friday prayers, and has vast sums of money to mount countless other brutal and oppressive operations against their own people.

If he cannot afford to cut a decent figure the ambassador should of course step down, pack his bags and go back to his lucrative job in the West Bank. This same ambassador has complained before that the Delegation in London lacks funds. One wonders how hard he fought to get proper resources. Wouldn’t the right thing be to resign in disgust?

It is not enough to have a just cause. You must work hard to communicate the fact and convince the global public to support it.

An Arab friend recently told me: “I am afraid the concept of PR [public relations] is alien to the overwhelming majority of Arabs.”

“The Palestinians have been suffering on the receiving end of Israel’s PR for decades,” I replied. “They must know its importance by now.”

“Of course,” he said, “but most Arabs, including Palestinians, definitely don’t appreciate the importance of PR and image building. That’s why they’re so crap at it. And that’s why Hamas can’t seem to appreciate the damage its charter, and the language in which it is framed, is doing to it and to the Palestinian cause.”

The essential point is that Arabs, and especially Palestinians, can no longer afford to be “crap at it”.  They must embrace it and master it.

And what did I read in Maan News yesterday?

“President Mahmoud Abbas will visit Israeli Prime Minister Benjamin Netanyahu’s residence in Jerusalem on Wednesday to continue peace negotiations,” according to his spokesman.

What message does he think this sends? Why isn’t he insisting on neutral ground for talks… Next they’ll be going on holiday together with their buckets and spades.

It seems to me as an outsider – and Palestinians must win over outsiders if they are to make progress – that the future hinges largely on Hamas, who at least are fiercely patriotic, see the enemy for what they really are and have a healthy contempt. Whether they act entirely in the interests of the Palestinian people I wouldn’t like to say. But they are no fools and have a reputation of being incorruptible, which is why the US won’t talk with them.

Some in the Hamas government are fairly moderate but, as my friend points out, their core constituents believe in an Islamic state governed by shari’ah law, such as prevailed in the Arabian desert 1,500 years ago!

Hamas, if they are going anywhere, will have to face facts – namely that “most Palestinians do not want shari’ah or an Islamic state of any kind, and world public opinion will always be put off by this shari’ah nonsense.”

When that is accepted, as it must be sooner or later, daylight will shine through and put a different complexion on matters.

Stuart Littlewood is author of the book Radio Free Palestine, which tells the plight of the Palestinians under occupation. For further information please visit www.radiofreepalestine.co.uk