If the United States does launch an attack, it will be doing so in part on Israel’s behalf, and the lobby will bear significant responsibility for having pushed this dangerous policy – Mearsheimer and Walt

By Stephen Walt via My Catbird Seat 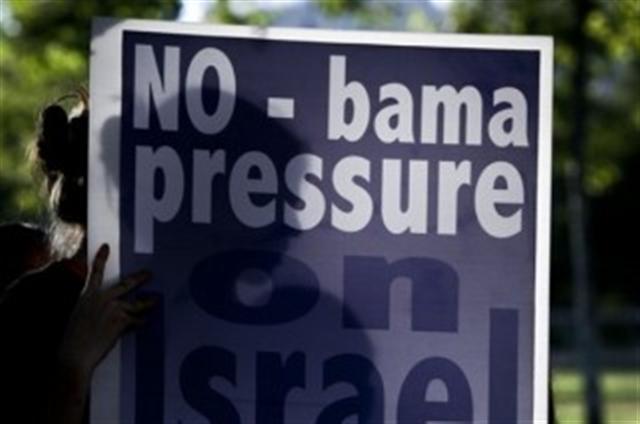 If you are worried that the United States might be foolish enough to attack Iran, then you might take comfort from Jeffrey Goldberg’s lengthy and alarmist Atlantic article on the subject. Based on a flock of mostly anonymous interviews, Goldberg has concluded that odds are better than 50-50 that Israel will attack Iran sometime next spring. Given his track record as a Middle East analyst — particularly when it comes to the wisdom of using force — you might be justified in viewing that prediction as a sign that war was in fact quite unlikely.

I’ve said plenty already about the reasons why Iran is not a grave threat that justifies preemptive war, and why neither the United States nor Israel should be thinking about a military strike, so I don’t feel compelled to dismantle Goldberg’s restating of the hawks’ case yet again. And I don’t have to, because others have already done so quite ably.

Instead, I’d just like to highlight what’s really going on here. Although Goldberg does not explicitly call for the United States to attack Iran and is careful to acknowledge the potential downsides of this option, the tone and thrust of the article is clearly intended to nudge the Obama administration toward an attack. He emphasizes that attacking Iran’s nuclear facilities would be very difficult for Israel (some analysts think it is it is essentially impossible), but says it would be easy for the United States. He reminds us that Obama has repeatedly said that Iran with nuclear weapons would be “unacceptable,” and suggests that both Israel and various Arab states have real doubts about Obama’s toughness.

The implication is clear: “If you meant what you said, Mr. President, and you don’t want people to think you’re a wimp, you’d better get serious about military force.”

In short, a central purpose of this article is to mainstream the idea that an attack on Iran is likely to happen and savvy people-in-the-know should start getting accustomed to the idea.  In other words, a preemptive strike on Iran should be seen not as a remote or far-fetched possibility, but rather as something that is just “business-as-usual” in the Middle East strategic environment. If you talk about going to war often enough and for long enough, people get used to the idea and some will even begin to think if it is bound to happen sooner or later, than “’twere better to be done quickly.” In an inside-the-Beltway culture where being “tough” is especially prized, it is easy for those who oppose “decisive” action to get worn down and marginalized.  If war with Iran comes to be seen as a “default” condition, then it will be increasingly difficult for cooler heads (including President Obama himself) to say no.

You’ll recall that a similar process of “mainstreaming” occurred over Iraq: What at first seemed like the far-fetched dream of a handful of out-of-power neoconservatives in 1998 had become a serious option by 2001. By 2003, aided in no small part by the efforts of journalists such as Goldberg, the idea had been embraced by liberals and others who should have known better.

Thus, articles like this one (and some other recent allies), are intended to box Obama in, and create a win-win situation for the war party. If Obama eventually caves, they get the attack on Iran that they (wrongly) believe is necessary to ensure Israel’s survival. If Obama doesn’t take the bait, they can beat him up for being spineless. And by portraying him as soft on Iran, they make it even more difficult for Obama to exert the kind of pressure on both sides that is necessary to bring about a genuine Israeli-Palestinian peace deal.

In our 2007 book on the Israel lobby, John Mearsheimer and I wrote (emphasis added):

Although there is still some chance that President Bush will decide to attack Iran before he leaves office, it is impossible to know for sure. There is also some possibility, given the inflexible rhetoric of the presidential candidates, that his successor will do so, particularly if Iran gets closer to developing weapons and if hard-liners there continue to predominate. If the United States does launch an attack, it will be doing so in part on Israel’s behalf, and the lobby will bear significant responsibility for having pushed this dangerous policy.”

As one would expect, Goldberg wrote a rather hysterical negative review of the book when it came out, and he enjoys calling us names and leveling unfounded accusations. It is therefore somewhat surprising that he is now doing his best to demonstrate how right we were.

Stephen M. Walt is the Robert and Renée Belfer Professor of International Affairs at Harvard’s John F. Kennedy School of Government, where he served as Academic Dean from 2002 to 2006. He previously taught at Princeton University and the University of Chicago, where he was Master of the Social Science Collegiate Division and Deputy Dean of Social Sciences.

Bill Kristol’s ‘Emergency Committee?’ Give me a break